Forums - Sony Discussion - Thinking of getting a PSP. Seeking advice from PSP owners.

UPDATE: Just bought one, and a few games. 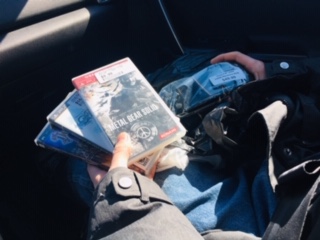 I guess my PSP only came with a 32 MB memory stick, so I had to shell out $26 on Amazon for a 32GB stick.Also, the Wifi switch doesn't seem to work. I googled it, and this seems to be a common problem with the 1000 model. Oh well, still worth the $50 I paid for it.

I've never owned a PSP before. There's quite a few PSP games I've been wanting to play over the years, but the hardware just looks iffy to me. The analog nub looks dated and painful to use. I know it has a disc based system. That's bad on battery life. Load screens are a no no. The memory stick makes it cost extra.

Anyway, what do you guys think? Should I plan on getting one? I don't think I'd be able to stand 30 second loading screens in 2019. UPDATE: PSP can install games to the memory stick from disk to kill loading times, and save battery life! WHY DIDN'T ANYONE MENTION THIS? I WOULD HAVE BOUGHT A PSP A DECADE AGO IF I KNEW THIS!!! The analog nub needs to at least be as good as the 3DS analog stick for me to be able to play with it consistently. Finally, can the PSP be played while plugged in?

Unlike the Vita the PSP has just one single analog stick.
I'm thinking about getting one myself, though if Vita had a UMD port to run all PSP games thought BC I would preffer to skip it to the vastly superior system that is the Vita.
And yes you can plug and play it on a TV if that is what you mean, you'll need the cable tho. (PSP1000 aka Fat will not have the port and will not play on a TV without some kind of mod, tho).

If you can tolerate more classic style JRPGs from falcom I recommend the Legend of Heroes games on PSP. Those were some of my favorites. The remakes of Ys I and II on PSP were great as well (Ys Chronicles).

I'd definitely cop one. Hell, for the homebrew alone.

I have the Legend of Heroes games on my PS3. But yeah those games are great! 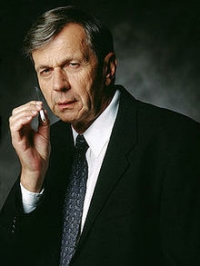 My OG 2004 PSP still works fine 'till this day. And surprisingly battery still holds up very well. As for Memory Stick, i think you can buy adapter that can plug in microSD cards to PSP.

I thought the PSP was the best portable ever, at the time. I own pretty much every game you own and are interested in aside from the Y's, Tales, and Kingdom Hearts games.

I say don't get one. If you MUST play those games, get a Vita or PSTV (I also own both). The hardware is really dated, my PSP can't even connect to my router, and from what I understand, the digital store has shut down. Make sure the games you want are actually available for Vita, though.

With that said, don't buy a Vita either. Sorry. 😥

If you're going all physical (and I suspect you want to), memory stick pro duos aren't THAT expensive. And you'll really only need one for game saves. If you go digital, PSP games are really small and you can store them on your PS3 until you're ready to play them.

For a lot of the cooler features (browser, playing movies, music) you probably already own a portable device that does the job much better.

Reading the op don't get one.

As for the psp/go it's an amazing console, my pspgo often finds use either as a handheld or tucked into my projector along with a dualshock 3

You know you can mod a vita to allow it play every single psp game?