I'll put in my thoughts once I get some time 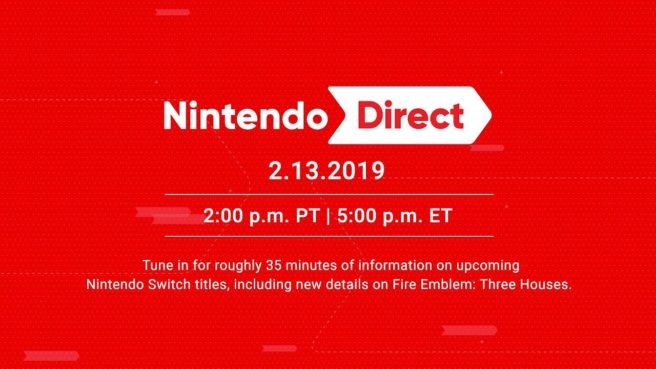 Alright, now that I got some time to think it through and let the hype settle down.. I'll give this a solid 9.5/10

Rather than marking it down by what is not shown, like Animal Crossing, Pokemon, etc. I like to judge what is shown, and this time so many games seem to interest me. Nintendo Directs tend to show and update on things that are already announced, but they began to shift towards revealing a lot of new things which is really nice, especially for what was shown today. Glad that Fire Emblem didn't take up like 15 mins of the Direct, and there wasn't really any points in the Direct where I wanted to skip. Obviously this is all personal opinion, but my highlights are below:

New Announcements:
- Mario Maker 2 - looks like a true sequel to Mario Maker, and I'm really glad they did this rather than going for a lazy port and selling it at full price. There are so many new additions to this game, with new monsters, interactions and the like. Most importantly, slopes! I just hope they have a better searching system than the original version.

- Astral Chain - Wow, it looks really fun and I like the design. People on board for development seems great too, so I have high hopes for this one. Definitely will consider picking up this game later on.

- Link's Awakening - This game really caught me off guard. After rewatching it, the style really grows on you and it is a really neat idea to go with this type of style. I won't be getting this game because I already beat it on Virtual Console, but it looks great nonetheless

Updates:
- Dragon Quest Builders 2 - Finally get a launch date for this game. I skipped the first game because this game was already in development, so I'll definitely get this Day 1

- FE 3 Houses - Still not sold on the game, but the complexity for customization looks neat. Plus, I really like FE so I'll probably get it eventually :p

- Captain Toad - The DLC doesn't really interest me, but the option for mutliplayer makes it really nice and worth consideration when you already beat the original on Wii U

New Ports:
Actually, the ports didn't really interest me, but I'm glad to see the Switch get so much 3rd party support for games, even if they look like PS2 graphics

It was fucking excellent

Ill give it a 5/10 for me personally. Only the last 2 games were interesting and Im not 100% sure how I feel about them yet.

The first and the last two games were great.

9 out of 10.
No Animal Crossing or Luigi's Mansion 3, so I'm a little bummed out about that. But what we got more than made up for it.
I'm very much excited and looking forward to Fire Emblem and Mario Maker 2. They also really sold me on Dragon Quest XI S, I've never played a Dragon Quest game before either. So, this will be quite the experience for me. I'm jumping on Final Fantasy IX as soon as it drops! Platinum's new game looks intriguing and I'm very much looking forward to the remake for Link's Awakening, because that game really needed one!

Seriously though, the start was good and the end was good, in between mostly not much for me, but there were two games there that will be a definite day 1 so.. 8.

Grid and Hellblade were two good announcements. That Platinum game looked amazing. Link's Awakening remake was very unexpected, but it didn't look immediately amazing and I'm far from the original game's biggest fan. Fire Emblem looks alright but it's Fire Emblem, and everything else was unremarkable.

I was hoping for Metroid Prime Trilogy and a good new Smash reveal. Neither came, but hey, at least we're not getting another Fire Emblem character I guess. Edit: and also no Skyward Sword HD... come on Nintendo, I want it!

Would have liked to see one more big title. Animal Crossing or Mansion 3. Nothing blew me away but there was a lot of cool stuff. A new Smash character, or an unexpected reveal in a major franchise would have pushed it to the next level. But it was cool.

There was a lot of great content in this for sure, I mean holy crap Zelda is happening. But this first half the year and the only titles of consequence are Yoshi and Mario Maker months apart, not really impressive. But purely based on what they showed 7/10,