February 11th 1999 was the release date of FFVIII in Japan. Although this game obviously sits in the shadow of FFVII, it is beloved by plenty of gamers and my personal favourite game of all time. In celebration I thought I'd create my first ever thread here and I'll be starting a new playthrough on my Vita. 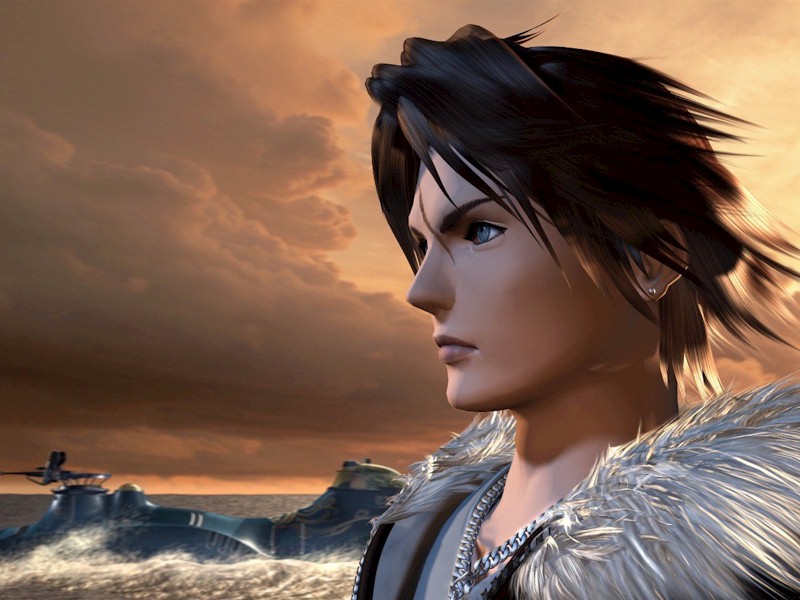 After previous success using cgi in FFVII, this time the quality of cutscenes is much improved. This is one of my favourite scenes from the game, everything from the sky to the water to Squall's hair and jacket blowing. It looked stunning at the time and Nomura has revealed that the reason for adding fur to Squall's jacket was mostly just a challenge to the cgi artists, a challenge they met with aplomb.  Aside from the cutscenes though, the pre rendered backgrounds were beautiful, the attention to detail made them some of the most best looking settings in the franchise alongside FFVII and FFIX. Every screen was crafted with care and stands above the reused tiles or models from earlier and later generations (no matter how much I love those games visuals too). Even most enemy models are unique, with far less reskins than most of the other titles.

Of course no matter how striking a game's visuals are, they are only a part of the whole experience and FFVIII continues the series tradition of offering a completely new experience while remaining somewhat familiar to the older titles. This time instead of Materia or jobs we get Junctioning and GFs, in order to keep this short I'll just say that the system is deep and can result in some very interesting ways to approach party and character setups. Needless to say, I am a huge apologist for it and it's my favourite system in all of FF. Then there are side quests... 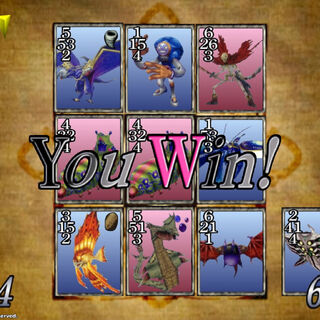 Whether we lose or win, we all win by playing Triple Triad, my favourite mini game of the series, in fact I even own some real cards and play with my brother now and then, we don't use some of the rules though.

Then we have the story, this time our protagonist is the reserved Squall Leonhart, something I find very interesting is this time we get to see the internal thoughts of the hero offering a different perspective than the in game characters see. There is a strong theme of friendship, love (of different types) and fate throughout the game and as events play out a pretty clever and in some ways tragic story begins to develop. Ultimecia is the game's eventual villain and, once again, my favourite of the series, her origin is only hinted at throughout the game and in the end we have some mysteries surrounding her, but there is more to her and her fate than I originally thought on my first playthrough. I want to avoid writing too much so I'll cut the story section short, but it is good and the characters are memorable.

As always, Nobuo Uematsu provided the soundtrack and oh boy, what an OST this is. It gets my vote as the best ost in the franchise and I'm not alone, even the game's detractors often regard the music as possibly being the series' best. From the dramatic orchestral faux latin Liberi Fatali, to the calm breezy Balamb town, to the magical sounding Find Your Way and into my favourite set of endgame boss themes culminating in the otherworldly prog wonder of The Extreme (seriously, that intro gives me chills) the ost just delivers pure aural gold. It's a crime to not mention more of the music from throughout the game, but time, it will not wait...no matter how hard I hold on, it escapes me...and...I should mention the game's theme song, Eyes on Me. This was the first FF game to really have a theme song and I think every subsequent main entry (and some side games) have one too, but I can only recall a few that I like and Eyes on Me is my favourite (surprise surprise). Not only do I think the Engrish is actually pretty forgivable, but the song itself has a connection to the game and versions without lyrics are scattered throughout the soundtrack meaning when you eventually hear the song, it already sounds familiar and has some sort of meaning.

That's enough gushing, I could go on all day, all that is left is to wish FFVIII a happy 20th birthday and I hope Square do something to celebrate it, something more than a tweet.

Remake hopefully, why else would it not be included in the switch and xbox titles.

I can only hope but I don't expect much really. It'd be the 30th anniversary before it was ready anyway! Ah Square, please surprise me.

Huh, I thought they skipped from 7 to 9.

My 2nd favorite final fantasy game after 7. I remember finishing the game many times just to listen to eyes on me. Zells final limit break was the best because i was so fast at it. Also the boss battle music is the best

I enjoyed FF8 but its too easy power your way through the game. But I guess its ultimately the experience that counts. I still prefer FF7, 9 and 10 over it but its a good time.

So does Square Enix

The draw skill was a mistake and the plot became out right silly, an example being they grew up together as orphans and the only one who remembers doesn't say anything.

I don't feel like arguing, but in Irvine's defense, it is kind of awkward when people don't recognise you and you are a bit socially awkward. Its happened to me and people I've worked with in real life. Irvine actually mentions this is why he didn't speak up, because nobody else seemed to remember, he didn't know how to bring it up. Selphie or Zell would have probably said something but the others would just leave it I think.

But you're kind of right, every FF game has a bit of a silly plot, they are still good though if you suspend a little disbelief at times.