Article doesn't want to format on VGC so here is the link and I will summarize it:

-Though Sony is the main culprit currently, he expects the trend to spread to other platforms and says it is spreading faster than he thought it would.

-Is worried about the future of the Senran Kagura series.

-Says it is probably impossible to release the version of Senran Kagura 7Even for PS4 that he had originally envisioned and may need to restart development.

-Says that releasing on PC only might not be an option either because the genre is too niche to turn a profit from a PC release alone. Though he said that he will try to do this if at all possible.

-Says he knows that alot of fans are anxious about the future of the series, but that he is currently struggling right now and feels like he is caught up in the flow of the changing world, and says that he does believe 7Even will be finished someday and thanks fans for their patience.

Damn that was super sad to read. It sounds like this censorship trend is really hurting him on a personal level, not to mention hurting the series.

I do feel bad for them, it is really an interesting move to censor things Japan using North America standards for it.

The irony if things start releasing on Nintendo instead because of censorship elsewhere.

He would come back home, the series started on the 3DS 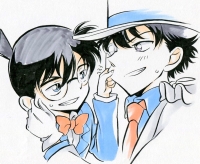 I don't understand why Sony wants the game to be PS4 exclusive and yet they're forcing the developers to censor it, just let them make it for Switch.

It's really sad to see that games like Senran Kagura get censored, but the AAA games with nudity and extremely graphic depictions of violence are just fine. I think people are much more sensitive against anything sexy these days? Anyways, this is not a good thing.

We as fans have been telling Sony that this is not what we want, but they seem to think that they're doing the right thing. All they're doing is hurting their consumers and the developers, literally nobody wins or gains anything when these games are censored.

As it has been said many times, these stupid censorship standards won't help anyone. People who would complain don't even buy these games anyway.

I guess it's time for Nintendo to BUY SENRAN KAGURA

My vote for SWITCH as well as some have implied at the very least.