Forums - Nintendo Discussion - Nintendo Switch sell through (to consumers) per regions in FY 2018. and other graphs 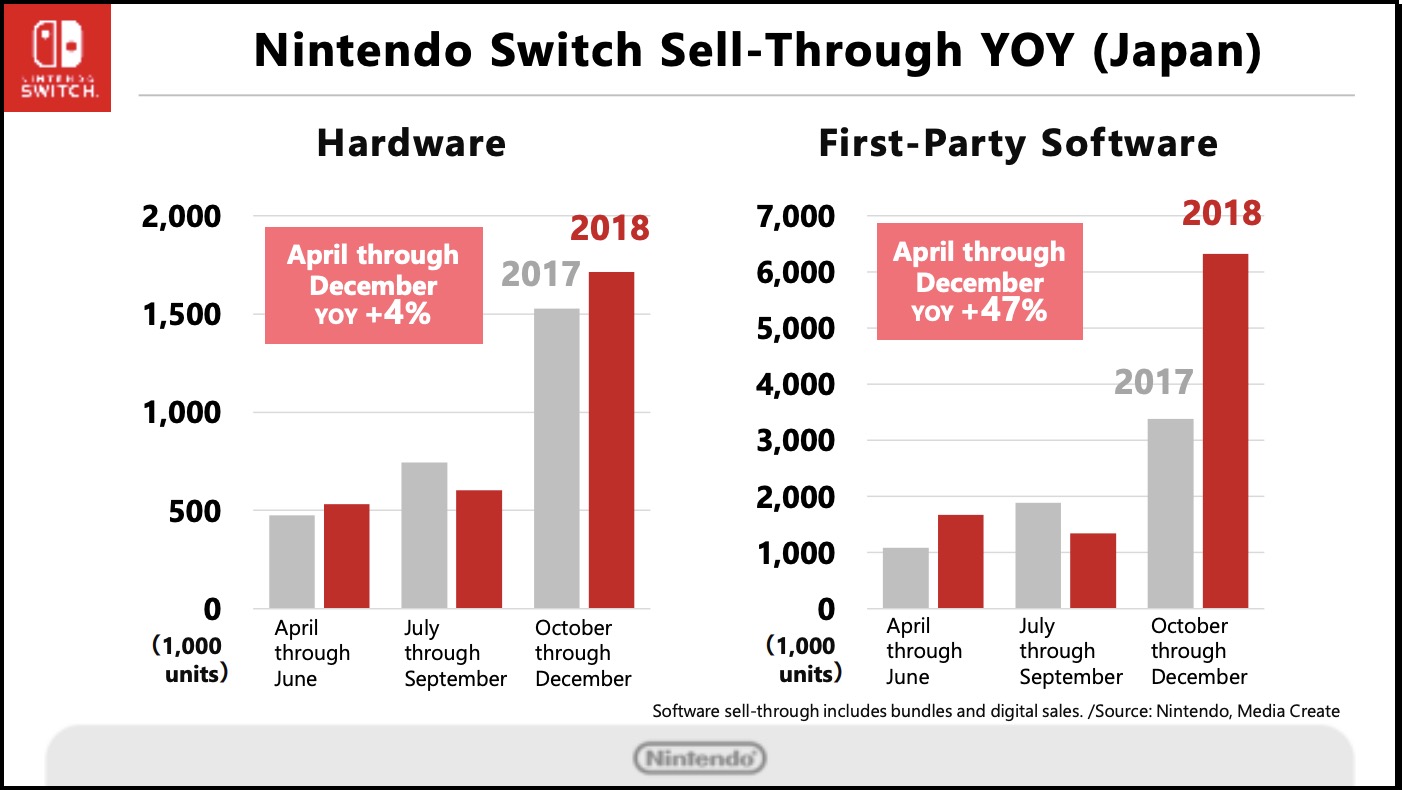 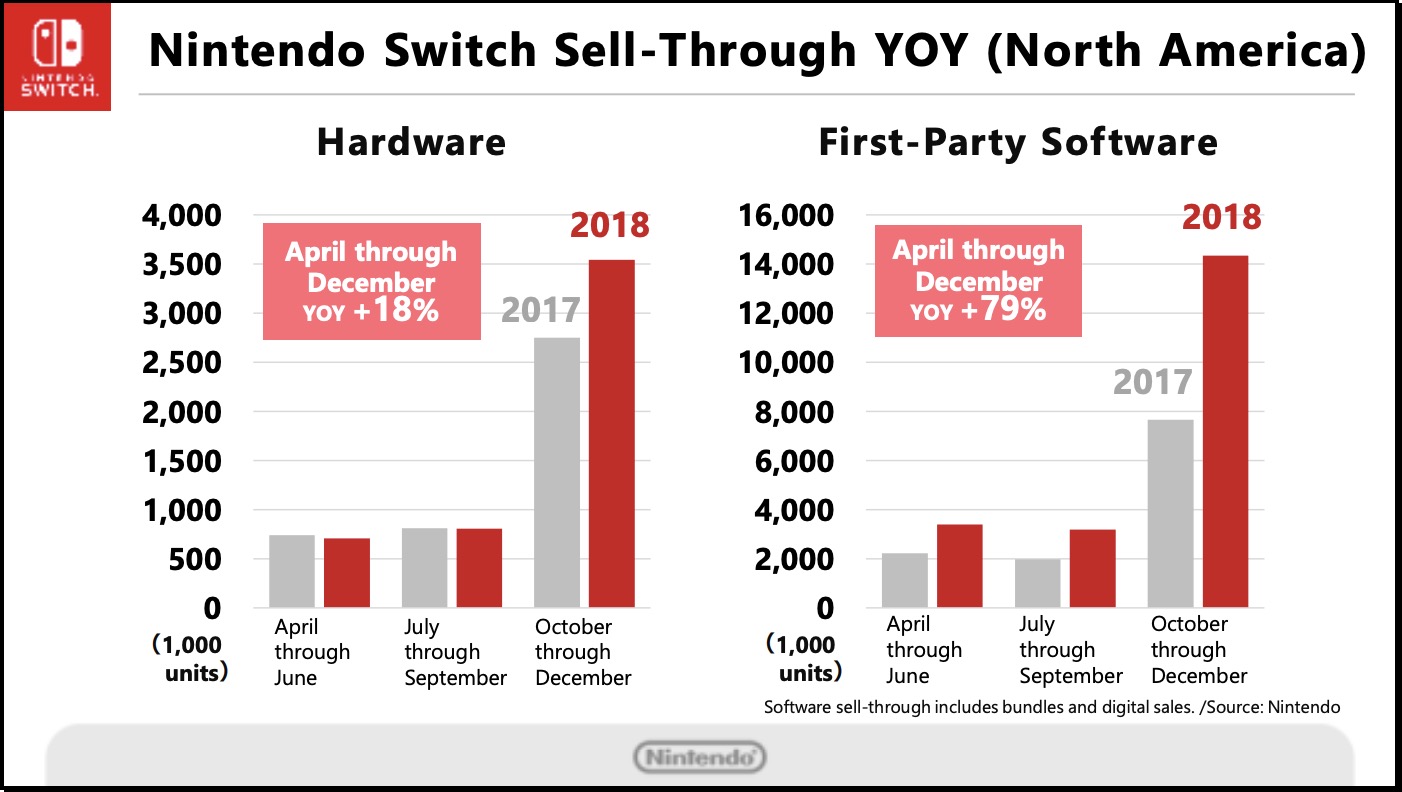 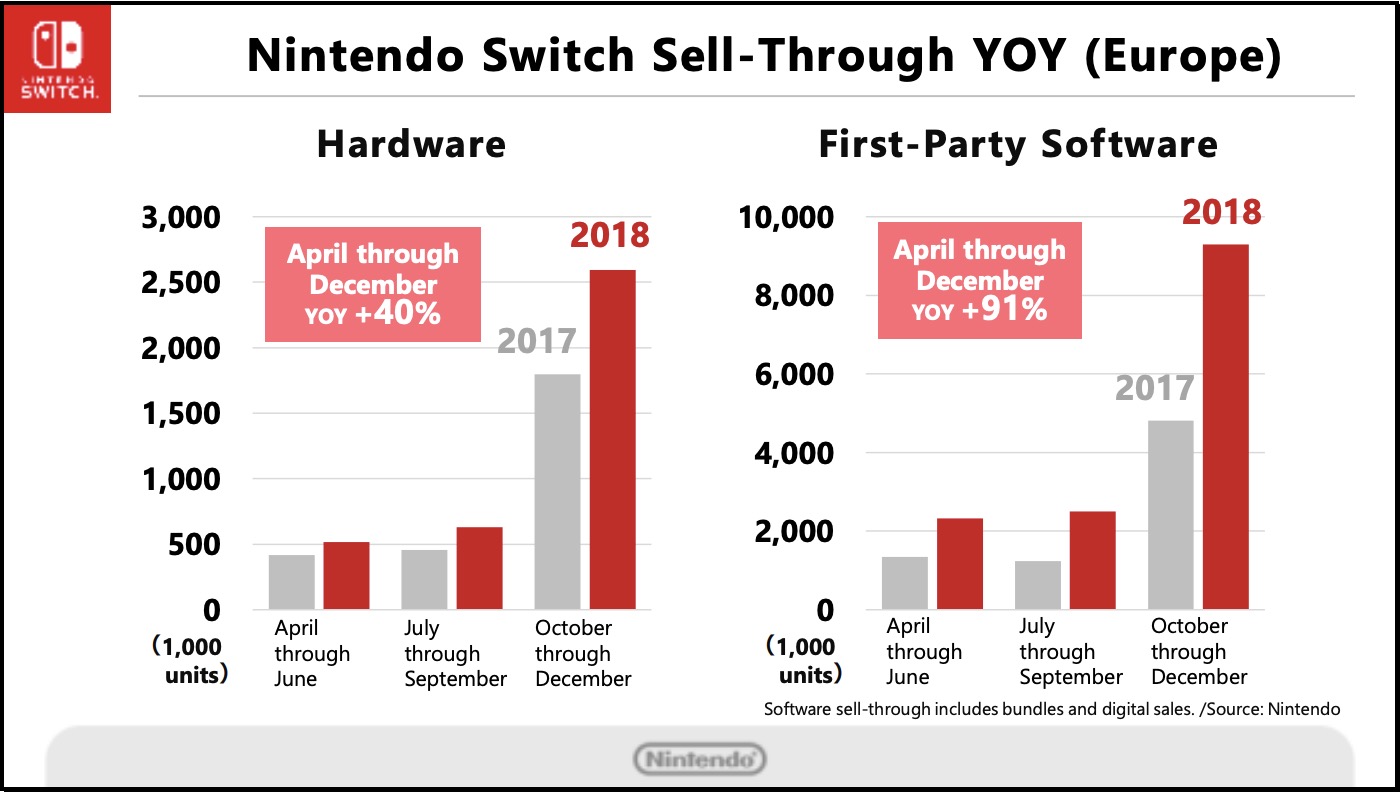 Notr this is just for 3 biggest market and dont include rest of world.

Whats is very intresting that Europe had biggest grow YOY, while Japan had smallest, so its strange that Nintendo will release smaller and cheaper Switch revision like rumors suggesting. 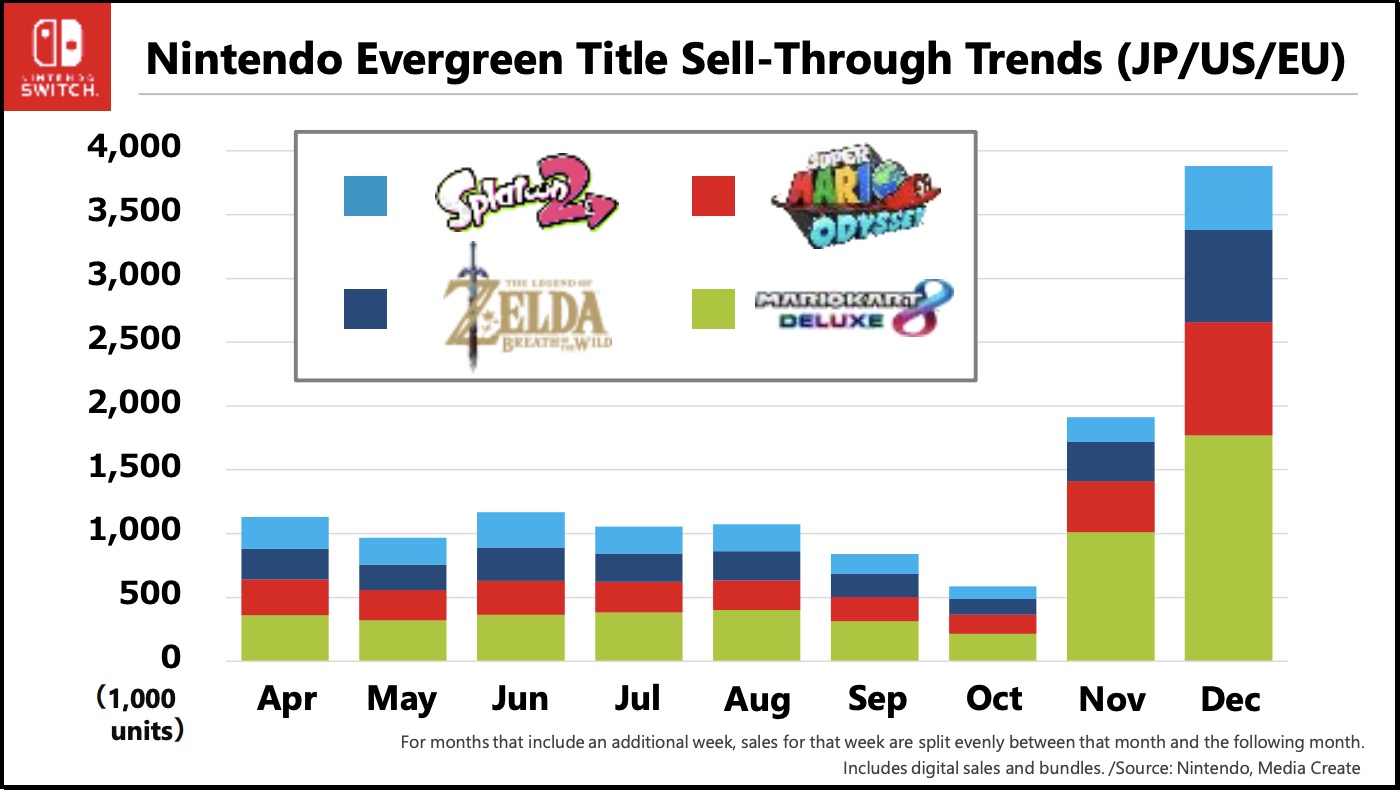 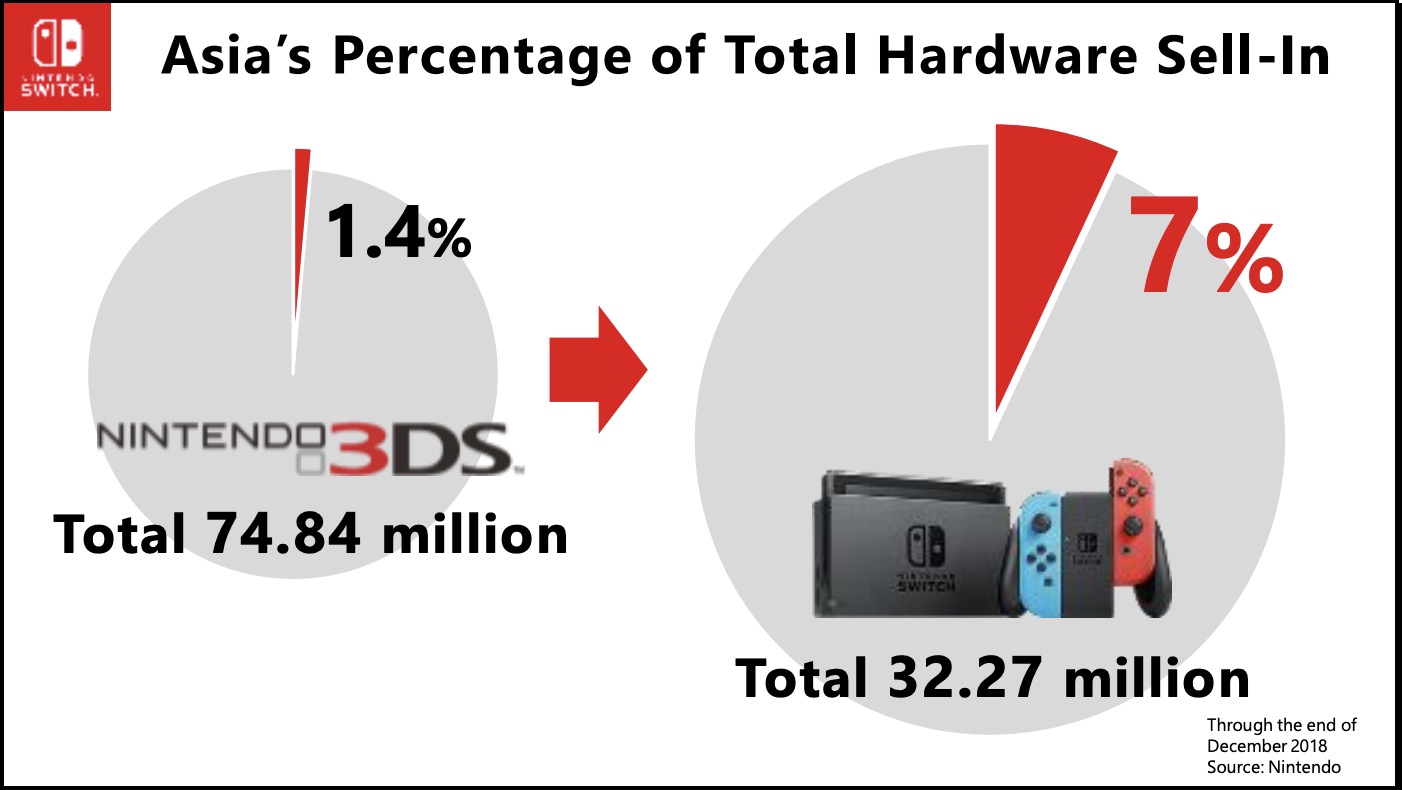 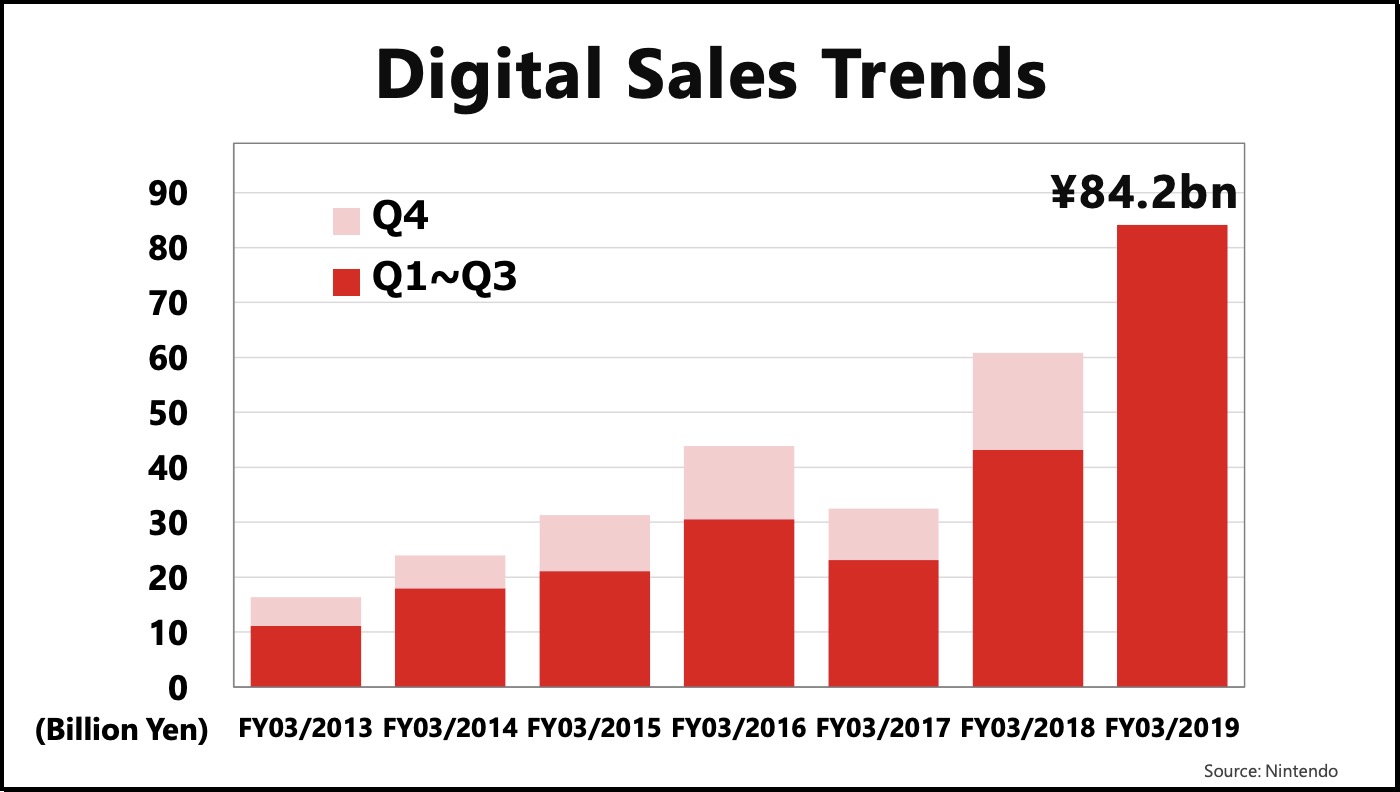 So 1 in every 4 Switch has online membership?
Massive increase in Europe! Great to see!

Well... Pokemon. To capitalize on gen 8 they NEED a cheaper SKU.

No. Family membership means that up to eight accounts can be subscribed on a single console, so theoretically only 1m Switch consoles could be used for online multiplayer. Realistically though, I estimate that 4-6m consoles have 1+ subscribed account.

None of the cheaper skus have sold well. So I have no idea how this notion came about. The 2ds/new 2ds were all flops.

In fact, 3ds XL sold best. That is more expensive.

This isn’t uniquely Nintendo. iPhone 5C and all the budget iPhones were all flops. Same with Samsuang... tho if you lump all the 100 budget phones that might get close to 1 single model of their premium galaxy phones.

How much has the PS4 slim sold in comparison to the pro? Does anyone know?

Although with that said, a revamped handheld only model WITH IMPROVEMENTS would sell. Like the DS Lite. People keep forgetting that the DS Lite was not a budget version of the DS. The OG DS was already discounted before the DS lite launched.

DS lite launched at EXACLTY at the same price as the OG DS. It was basically the DS but much better with better screen, better design and more battery life.

The switch revision will be the same.

This is interesting. Obviously this means Asia sans Japan (as japan has big parts of sales on both consoles). But if they strongly increase their sales in other asian countries like Korea and China, this is a good sin for the future, as these markets have a good growth potential.

Nintendo typically introduces a cheaper hardware model before a core Pokemon title hits a new platform so it's safer to bet on that happening than not happening.

It's good to see some healthy growth in Europe, though it probably would had been twice as much if we still had Satoru Shibata and his cosplay sheenanigans at the helm of NoE!

That Europe growth tho...