First time doing this, if someone more adept at MC threads would like to help, I would greatly appreciate it.

Reviews for KH3 have been rolling out, and I haven't seen a single MC thread. What the hell? We're 72 scored reviews in and are currently sitting at 84. I'll do best to add more to this front post as time goes on, but I'll prioritize updating at least the number of reviews and current MC. Bare with me, though.

Good number! Keep up the good work, its easy!

Game of the year!

Square barely handed review copies ... could be understandable due to early leaks.

You can add this pic to the OP if you want for presentation. 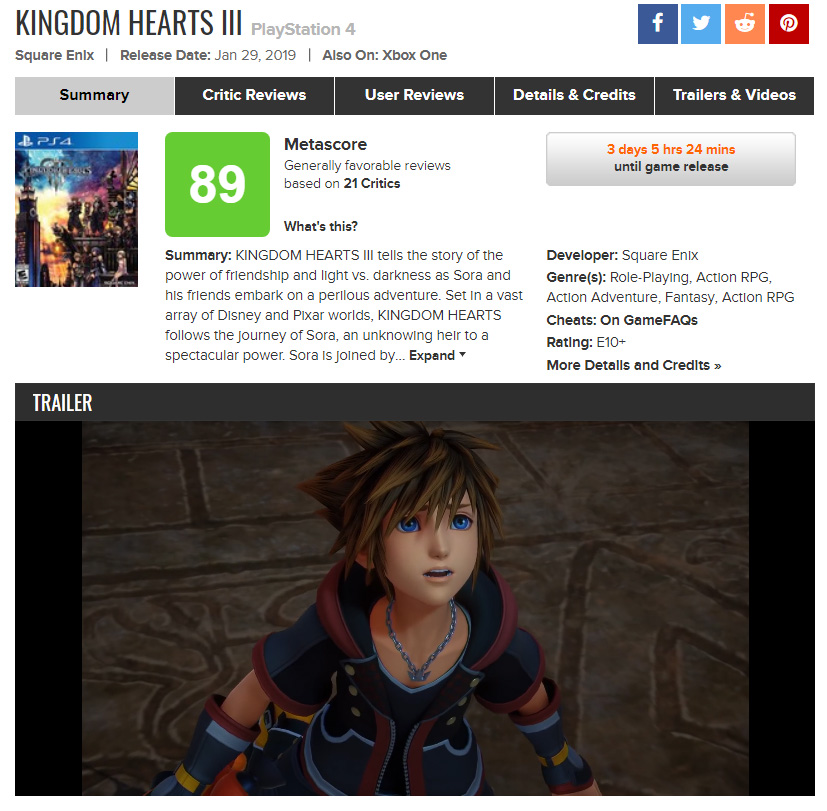 Looks like another critically acclaimed game already (RE2 has been getting great reviews as well), and we're only a few days into 2019.

It seems most games made by Japanese devs have seen a resurgence in critical acclaims in these last few years. That's good.

I will pick up my special edition for the Xbox tomorrow. Probably won't be able to play it right away.