Forums - General Discussion - The reason why Nintendo will rule the world

There are two kinds of people those who love Nintendo and those who don’t.

The people who love Nintendo buy Nintendo products without a doubt, every console and/or handheld every Mario, Zelda and Kirby game.

Then you have those who don’t buy Nintendo consoles and/or handhelds and miss out on great Nintendo IPs, and are not happy with the way Nintendo expands the market

These people are a small part of the market.

The following graph will explain why the “hardcore” gamer can’t cope with the success of Nintendo and the downfall of it’s competitors. It also explains where a certain individual stands on the way of becoming a Nintendo follower.

There are five fases you can devide the anti-nintendo people in :   Number One also known as Shock/Anger. People who can be found at this point in the curve claim things like : The Switch sucks, Nintendo should stop destroying the market and quit the game, People apparently like design-garbage.   Number Two is known as Denial. These people don’t believe the situation and claim things like : No way that can be right, The numbers are wrong, Overtracked and stuff like that   Number Three is Depression. These people have given up all hope, and make some well founded claims : Nintendo is killing gaming. This makes me sick I quit gaming.   Number Four is Negotiate/Fight. These people have the biggest mouth of all and make my favourite claims : The Switch is doing ok but the DS, x360 and ps4 sold way better. Nintendo made less profit this year. In 2019 Microsoft still can take the crown, In 2019 Sony can take the crown, If we see a ps4 pricecut, sonydomination! Just wait for …. <=Insert random game here   Number Five is Acceptance. The dark people have finally seen the light! “Hey, it actually is fun, that so many people play games”   This process will take years, but eventually these people will join the Nintendo side of life.

I actually haven't seen as much Nintendo hate this generation as we did in the Wii era. Maybe it's because all three console manufacturers are doing pretty well. Granted, Sony's PS4 certainly is the dominant force, but you could hardly consider the XBoxOne any kind of failure. Of course, I don't go to other forums like gaf or resetera or ign so I can't say for certain, but I just feel like all three fan bases are getting close to a somewhat comfortable confidence at this point in time.

Somebody's been smoking too much weed......

Yo kirb, you good? 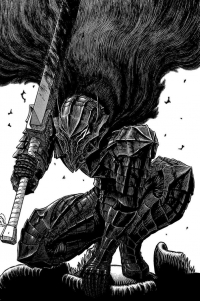 Where is number 6, Nintendo fans waiting for them to make a console that can run their last gen Zelda game at least at a steady 30 fps? Like honestly Nintendo, wtf, this hybrid transexual console/handheld is pissing me off. I don't play games on the go, I play them in the comfort of my home like I have been since I was 6 years old when I had my first NES.

I could be playing BoTW at 60 FPS at 1440p if I emulated it. This is the same company that made the Famicom in 1986 which destroyed any previous console on the market like the 7800. The same company that made a 64-bit system in the 32-bit era. Had graphics that blew me away and made me want it so bad as a kid. Now Nintendo is the company that makes you wave a joystick around with your grandma because they don't dare make a console that can run current generation games. WTF Nintendo?

I both love and hate Nintendo. What category does that put me in?

Pretty sure Disney already beat them to it.