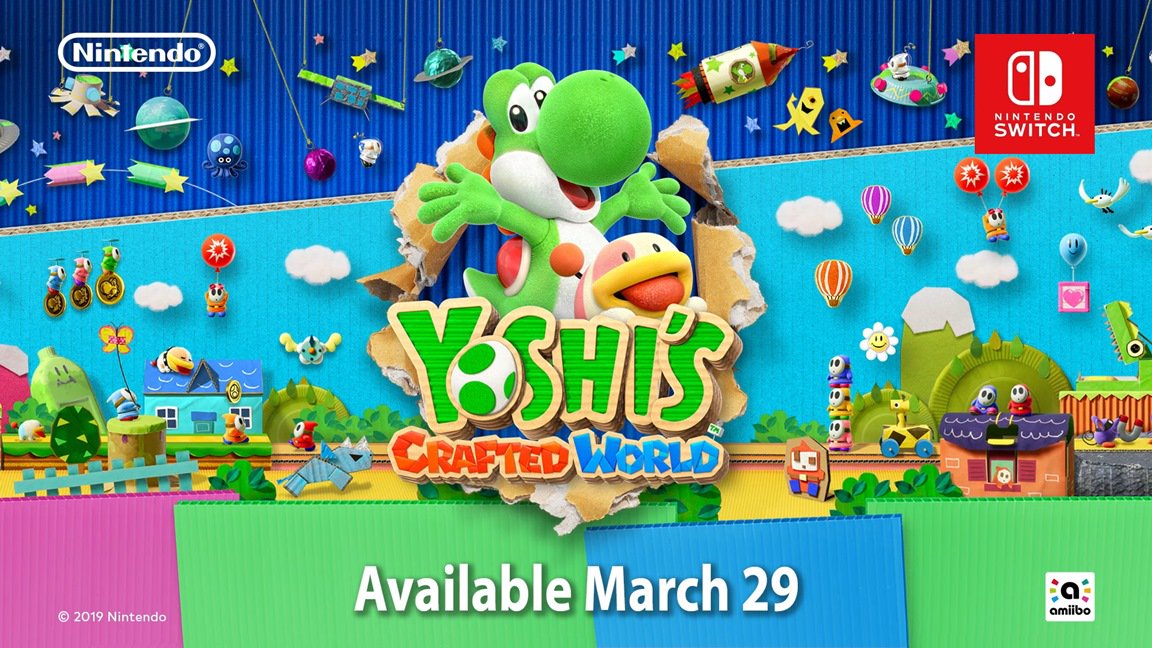 Yoshi’s Crafted World will release on March 29, Nintendo has announced. Previously, it had been confirmed for a spring release window.

Here’s the latest information from Nintendo:

In the game, you play as an adorable Yoshi exploring a big world crafted from household items like boxes and paper cups, journeying through each themed stage to solve puzzles and find hidden treasures. On the flip side, stages can be played backward, providing new perspectives to explore and the challenge to find Poochy-Pups that are hiding around the course. You can even join up with a friend to play through the game in two-player co-op.

Ho, silly Nintendo announcing all their stuff outside of a Direct :P

One of two things:

1) no direct
2) clearing room for the direct of things they dont feel like need spend time on.

I'm so happy this is coming soon! :D

Oh hell yes! I was so expecting a June release, but really hoping it would be sooner. I was dreading that my next Switch game wouldn't be until Team Sonic Racing on May 21st.

Now this is more like it. With this and TSR I'll be buying more Switch games in just the first half of 2019 than I did in the entirety of 2018.

Bout time, been itching for this one for a while

FYI, the game is 5,3GB if you're willing to take the game on the Eshop, but hey, physical is the way to go ;P

I cant believe you only bought 1 Switch game in all of 2018, none of the hundreds of small-medium tier titles had any appeal to you?

A few came close, like I seriously considered getting Valkyria Chronicles 4, but there was always something missing or some turn-off that quelled my enthusiasm. I did buy and really enjoy Wolfenstein II though.

On the flipside, tons of games on my list this year; Doom Eternal, Luigi's Mansion 3, Yoshi, TSR...