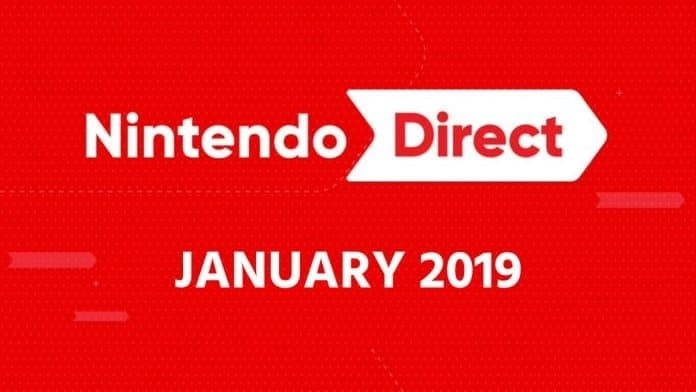 Well it's that time again a new year and a new expectation of an ND coming so far the seems to be only one rumour that suggests the 10th but doesn't really fully confirmed their claim as they say their sources are unsure of the exact date other than January they also don't say anything about the contents of the supposed ND so not real much to speculate on now, will link all rumours and supposed leaks under the above image.

If an ND does take place the following will possibly be part of the content.

Hope so! Maybe we could get Joker gameplay for Smash or the reveal of the next character after Joker (though the former seems more likely).

The 10th is a logical guess as it's the 2nd Thursday of January.

Just remembered that both Yoshi's Crafted World and Fire Emblem: Three Houses are listed as Spring releases but still have no dates, so a Direct is probably coming, if nothing else just to date those two titles.

No 1st party titles have a date beyond January making a Direct this month 99% confirmed.

I don't think we're getting one that early, but whatever we're getting, I'm not expecting much. Piranha Plant release date and nothing else Smash-related (maybe a proper Joker trailer more akin to the ones other characters get), no Metroid Prime 4, no Pikmin 4, no Bayonetta 3, no Pokémon 8th gen. Expecting mostly Fire Emblem, Yoshi, Luigi's Mansion, Animal Crossing, maybe one unexpected announcement, and some more irrelevant stuff.

Edit: I'm not saying FE, AC and all that stuff is irrelevant, by the way - just clarifying that cause it came off a little ambiguous.

I hope this isn't going to be another 'give 3rd parties a chance' year.

Jan 10 seems likely, the Switch presentation in 2017 and the Mini Direct last year were both the 2nd Thursday of January.

As for what type of content, it will mostly be about games releasing between now and Spring (Q1/Q2).

New 1st party games confirmed for 2018 at this time last year: Fire Emblem, Kirby Star Allies... Yoshi, I think? That was about it, really.

Safe to say it won't be the same as last year.

Edit: and by the way, I think third-parties very much appreciated it. Just look at the support the system is getting now.

There'll obviously be more than I list here, but my guesses are:

I don't think we'll see Animal Crossing or Pokemon yet, they'll be a big focus at E3 and in the spring Direct.