Hey GribbleGrunger! I saw you liked my «The Offroad Lands» :D

Yeah! I need to catch up. I just can't believe some of the things you lot have been creating. I've made a bus shelter, lampost and litter bin LOL.

If people don't understand what Dreams "actually is" yet, that's 100% the fault of the marketing team. 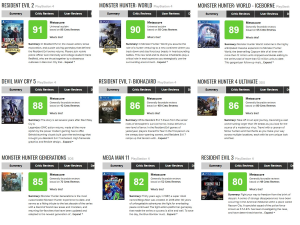 Then how do I know what Dreams is? Some people just can't get their head around the concept.

Because you've spent an excessive amount of time researching it, talking about it, maybe even demoing it. I'm pretty sure you making Dreams threads is more iconic at this point than the game itself.

Of course you're the one who said that people don't know what Dreams "actually is", not me. And if that's true, the marketing team is at fault. It's had so much exposure by now.

People think that Dreams is a game and that everything they've seen so far represents that game. That's what I mean when I say 'some people still don't understand Dreams'. I really don't think you need to have followed this game extensively to understand what it is, but I do think MM made a mistake by not embracing the 'mystery' of it. The concept IS difficult to express. I'll grant you that but it has been long enough for those who COULD grasp the concept to fully understand it. Me saying 'some people don't understand Dreams' isn't a slight in any way. I don't get many things other people get immediately. That doesn't make me stupid. It just means my thinking works differently. 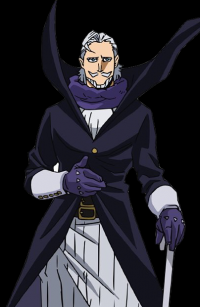 I've been unbeknownst of how many threads Gribble has made about Dreams on this site, trying to explain what this game is really about. And while development and unveiling on the game has been secretive, there's no need for a top dollar marketing team to slowly unveil what this game really is about. It's from Media Molecule, well known for LittleBigPlanet, a platformer that encourages creation. Past demos, while vague, have shown creative capabilities. It's not that hard to connect the dots and figure out what kind of game is this in a general sense.

Lousy marketing team? Maybe. But one could speculate that if Media Molecule is the one dripfeeding information about the game, they have to work with what's given to them. I'm sure all the secretiveness is on purpose, nothing to panic for.


Would prefer LBP4 over this.

You both, somehow, are replying as if I said something I didn't. My point is that if what Gribble said  is true ("I still think people aren't quite understanding what Dreams actually is"), then the marketing team is at fault. It's one thing to have a game that's hard to explain or where the appeal or core concept are hard to communicate, which is a very good point. It's another when this game has had years and years of exposure.

Quite frankily I think the marketing for the game has been pretty decent/good with only a few hiccups, and I also think most people do understand what the game "actually is". I just think most people don't care; it's a niche game. Many people know about Dreams, most just don't have a reason to be invested yet. Which is why I said that if many people "aren't quite understanding what Dreams actually is", it's a fault of the marketing team, because it's actually gotten a lot of exposure - yet if that was an issue than the problem would be how the game has been relayed to the audience.

Me personally, I'm casually excited. I think it looks like a good game but I'm not good at turning an idea in my head into reality. I do however look forward to seeing what can be done with it.