Two of Nintendo's most successful and arguably influential mobile gaming platforms to date remain the Game Boy Advance, and Nintendo DS. Which from hardware and software standpoints, remain two of the most cherished among fans. The Game Boy Advance is the first true successor to the original Game Boy, released in 2001. Essentially a portable SNES with a bit more juice, the GBA not only moved the Game Boy brand forward, allowing more complex visuals and gameplay to finally exist in a more popular form on a handheld device, but it also kept the 2D spirit alive in a post-3D era for much of the 6th generation. From faithful SNES ports, to RPG throwbacks, to side-strollers, fighters, etc. The Game Boy Advance was certainly a 2D beast. While its initial lack of a lighted screen was disappointing, the later SP revisions more than made up for it. The Nintendo DS on the other hand, was a radical departure from what came before it. Sporting a dual screen setup, touchscreen, 2D AND 3D, microphone, wireless, and built-in Wifi (and yes this was a big deal in 2004). The DS served as both a spiritual continuation of the Game Boy era, as well as a low cost-alternative to increasingly expensive AAA console development for young developers, serving as a breeding ground for all sorts of unusual concepts nobody would dare try on a home console at the time.

Between the two, which do you feel was overall stronger in terms of hardware quality, and software library? For hardware, as good as the GBA SP was, the DS Lite still remains Nintendo's magnum-opus in terms of handheld design. It still holds up today I'd say. Its screens are crazy bright, the controls feel solid, and it just looks sleek as hell , possibly the sleekest and most adult-looking Nintendo product ever. 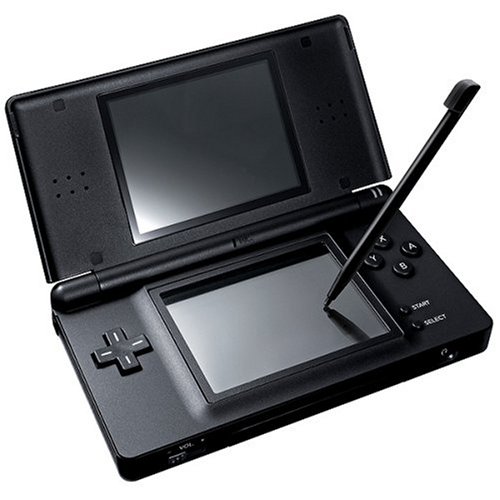 Plus, it has a headphone jack, something the GBA SP bafflingly lacked.

For software library, as far as first party goes. There's no denying Nintendo's output was stronger on the Game Boy Advance. It had better Zelda, Metroid, Wario and Fire Emblem titles, and Pokemon was as prominent as ever. The only things it lacked was an original Mario Platformer, and EAD games. To this day it remains one of only two Nintendo platforms EAD had not developed a single game for (Virtual Boy is the other). However, I feel Nintendo was way more experimental on the DS. So much new IP came out of them during this time, and even established series like Kirby and Advance Wars were taken in weird new directions. Meanwhile on GBA, we saw Golden Sun, Drill Dozer, and the US debut of Fire Emblem and Advance Wars, but that's about it as far as new IP is concerned.

Third Party Support on the other hand is a bit more of a toss-up. Both systems enjoyed Nintendo's finest third party support since the Super Nintendo, even better than their home console counterparts at the time. The GBA boasted a trio of amazing Castlevania titles, the Mega Man Zero series, the triumphant return of the newly merged Square Enix to a Nintendo console with the Final Fantasy ports and FF Tactics Advance. And surprisingly good western developed games in the form of adaptations of console titles like Tony Hawk, ports of Blizzard's old Interplay titles, even Max Payne of all things. But the GBA was also sort of seen as more of an extension or even a secondary system compared to consoles among developers, even by Nintendo themselves to an extent, which was true for most handhelds of its time. The DS on the other hand, was actually seen as a more serious outlet for game developers, in a radically different way than any home console, or even its competitor, the PSP. Its unique feature set and appeal to a non-gamer audience allowed developers to craft all sorts new concepts and ideas, and reach an audience that the gaming industry had largely ignored prior. Novel puzzle games, visual novels, strategy, edutainment, sims, even horror games were all at least attempted on the platform. the DS in many ways, was the precursor to the modern indie and smartphone gaming scenes of today. Of course, all the GBA staples like old-school Final Fantasy (and Tactics), Mega Man, Castlevania, and Tony Hawk continued on the DS as well.

Overall, I'd say the DS comes out stronger, but the GBA is no slouch either.

DS, loved so many games on that system. GBA's time was during the time i wasn't a big gamer so my experience with the system is kinda limited.

Both are stellar systems, but the DS can play GBA games, so there's that.

But GBA can play GB and GBC games, so I guess it depends on which generations are most important to you.

Outside of Phantom Hourglass and Spirit Tracks, I skipped the DS generation of handhelds (not including 3DS of course).  So with that in mind, I have to go with GBA.

True, but in my opinion the GBA's library is superior to the GB in every aspect, so backwards compatibility for the GBA still makes the DS the king of handhelds. If only the Switch could get BC for all of Nintendo's handhelds soon...

Last edited by Darwinianevolution - on 30 December 2018

I will just take a complete and robust VC for Switch and I will be happy.  Not sure what Nintendo is thinking by not giving it to us...

Both systems are great, but I prefer the GBA.  I have 3 GBA games in my top 50 of all time, but I have 0 DS.  The GBA is more likely to have old school 2D action games.  The controls are simpler and more straightforward.  Most importantly is there is the Gameboy player on the Gamecube.  Overall I just prefer to play a lot of games on a bigger screen, although it's also good to be able to take the game on the go at the same time.

DS is a good system too, and the touch screen allows a lot of games that the GBA could never do.  I would like to try out more games from its library than I have already too.  The main thing holding me back is that I have no option to put the games on a big screen.  A DS XL is probably the next best thing.

Liked em both but probably preferred the gba and really like the sp...I know the ds was Nintendo’s most popular console but for me it marked a move into territory I didn’t really appreciate. The gba was more of a ‘gamers’ console.

Your thread needs a poll. (edit: thanks for that)

If you exclude b/c - then GBA easily.