Have any of you ever been the "victim" of projected racism? I used to work part-time at a Home Depot when I was younger and you wouldnt believe how many times I met a black person who would think I was being racist.

I remember one time I was looking for a specific bolt for an online order. I happen to have bad eyesight so I usually get close to the shelves trying to find stuff. This black guy just so happened to be standing right in front of the bolt  area and I innocently get close and stand next to him to look. Well it seems I was invading his personal space or something because after a minute or 2 the guy starts laughing and talking to himself and then he start telling me how he knows what I am doing and that he doesnt have to deal with this etc... Long story short the guy thought I was some sort of store police and was keeping tabs on him. Even after I left he still believed that I was undercover or something.

Another time I am looking for merchandise all over the store and it just happens that I am going the same way as this black lady that was on her phone. Well after a bit she turns around and starts laughing and saying to the person on her cellphone that I am following her and that I think she is going to steal something or whatnot, and I just look at her and laugh as well and keep walking because I really didnt know what to say, she sounded so sure of herself.

Anyways this stuff happened to me all the time. Its crazy to me how black people think they are being monitored or watched all the time. I wonder if its because it happens to them all the time and how many of those times is it actually true.

Minorities in the US are hyper sensitive in recent years to everything. In reality they're often more racist than anyone, but project it on to everyone else.

as for the other comments in the thread, they have been reviewed but they don't really help your case.

OP- I have not been a victim of projected racism. 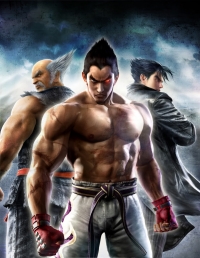 Well based on my life experience, I more than careful. Living in the UK what I've noticed in London where lived most my life it's not  that bad. It's pretty diverse and everyone respects each others cultures. But you still get the ignorant ones but they are outweighed and there are certain areas that I don't go to because they are known for racism. Now living outside of London its been an absolute joke. I'm mixed white black Portuguese with African decent and work in a phone shop the type of racism I have and do experience is ridiculous. Police is a different matter, I've stop and search since I was 12 years old and wearing school uniform. I have been treated like a criminal because according to the police, I look like one. The last time I was stopped to searched and asking on what grounds they are searching me they said I was black, had long hair and was wearing a track suit, so I can't go for a run without being looked at differently. So I don't think you should comment on things you don't have experiences on when I get targeted on a daily basis just for how I look, language I speak, where I'm from and even down to my name. I pay my taxes when I work full time, while studying at university. I've grown up here and I still get treated like a second class citizen. What's funny is to get a British passport I need to do a citizen test even though I've grown up in the education system here but when I was doing well in athletics, my coach asked if I had one I said no and he goes doesn't matter if you get the chance they will give you one.

And to the OP, maybe being a bit more polite to people could help alleviate some of the problems. "Pardon me sir, I'm looking for (so and so) sorry to get so close". Communication goes a long way surprisingly.

Maybe you just have this creepy look to you OP.

Sounds like you have a problem with maintaining personal space. Not saying you're racist, but it sounds like these people wouldn't jump to conclusions had you respected boundaries pretty commonly put in place by society.

Is this a new trend on this site? People b*tching and moaning over others when they are the real problems in these social situations.

It's a way for someone to seize power over others. It pushes someone else on the defensive while making their own position unassailable.

We had a problem with this where I used to work. One of the employees, a pretty smart guy, would whisper in the ear of other employees things like, "that guy gets away with it because he's white." One of the people he got riled up blurted this out in front of everyone, which got corporate involved.

The problem? The guy making the complaint was one of the worst employees. Both he AND the white guy he was talking about were on the "aren't performing adequately" list, with management just waiting for a reason to fire them both. There was no reason to bring race into the picture. As someone who worked harder and performed a lot better than him, it pissed me off that he was using racism as an excuse when it was really just him not being very good at his job.

Well, projection would be if they think you are doing this because it's what they would do. It's quite possible that they would not subject anyone to this type of persecution, because they know how bad it feels. But rather, they've experienced this a lot. Whether it was a misunderstanding, as in your case, or if it was exactly as they thought.

Not sure about racism, but I have experienced people misunderstanding something, and being smug about it because they're sure, when they shouldn't be.
Even on this forum, it happened a couple of times.

The latest one stemmed from the fact that the person I talked to didn't seem to be aware of the fact that the D-pad will have tank controls by default in Resident Evil Remake, even if you never changed the controls in Options. While the analog will have a new/different control mechanic.
I only used the D-pad, because that's how I always played the classic RE games with tank controls, and I guess I assumed the controls on the analog were the same. Which lead to me being surprised when I heard that it had an option for non-tank controls. I saw two people discussing this, and jumped into their conversation to say I was surprised to hear that RE: Remake had non-tank controls, and that I only played with tank controls.

One of them replied saying I was 'wrong'. I figured there was some misunderstanding, because me playing with tank controls can't really be "wrong", unless I remembered wrong and they were not in the game. But I looked it up online just in case, and sure enough, it was as I remembered.
I figured he wasn't aware that the D-pad has tank controls by default, but even if he wasn't, that was a weird statement to make, and since I didn't want to be presumptuous I tried asking him something to figure out what he meant.
He replied with something along the lines of "Lol, I see what you're doing. Funny how you ignored the thing I said. :)"

I didn't actually believe that he was suggesting that playing only with tank controls could somehow be wrong. Because that's just crazy. So I asked a question instead first, to give him the benefit of the doubt.
At this point I figured I would tell him about the D-pad's tank controls, as soon as he explained what he thought I was doing, etc. But he never replied to my question.

Unless you just happen to know most people in the world, you probably shouldn't make generalizations like that.