Forums - Gaming Discussion - What JRPG has the best soundtrack you´ve ever heard?

There are two series that really resonate with me:
Final Fantasy (well, up to X at least) and Xenoblade Chronicles. Out of those series, my most listened ones are Final Fantasy IX and Xenoblade Chronicles X. Both have fantastic, altough very different soundtracks. And I also would like to throw in a third game, Lost Odyssey. Like holy shit, that games Soundtrack is god-tier.

Nier and Final Fantasy IX are my favorites.

I haven't played many Final Fantasy games and so I can't comment on what seems to be the popular choices on this thread but I honestly found Earthbound to have one of the most unique and memorable soundtracks in any game that I have ever played. It's one of the few games where I will just be listening to classical music years later or even just the regular radio and a track reminds of Earthbound and takes me back to all of those amazing memories that I had playing that game!

Easily Nier Automata for me.

If anyone's interested...by FAR the best fan remake of The Landing. Sounds like it'd be in a FF8 movie.

I'd imagine they do.
Not sure how you would quantify 'most', but I googled "Top Jrpg 2017" and the first/top hits that came up were as follows:

Nier Automata - One of the year’s most fascinating games, Nier Automatais a great string of ideas that I’d like more if it were, say, 30% shorter. Bloat aside, Nier deserves all the love it’s received this year. This is an RPG with good writing, a stellar soundtrack, and some strong questions about what it means to be a robot.
https://kotaku.com/the-year-in-jrpgs-2017-1821535533 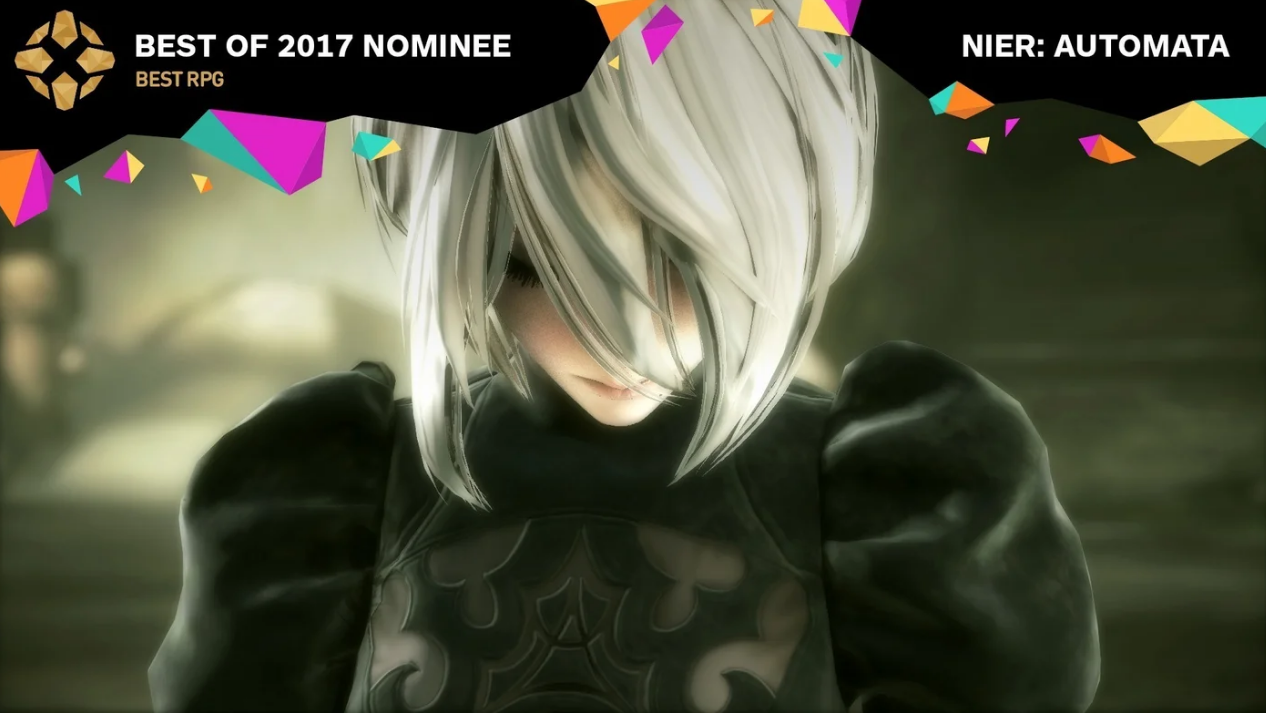 Kotaku, IGN, Reddit and The Game Awards are some of the biggest mainstream outlets I can think of.
And on Square-Enix's official store:

"Invaders from another world attack without warning - unleashing the machine lifeforms. To break the deadlock, a new breed of android infantry is sent into the fray: the YoRHa squad. Highly-acclaimed and award-winning NieR:Automata is a fresh take on the action role-playing game (RPG) genre that gracefully blends mesmerising action with a captivating story."

I came across a few other lesser known sites along the way that listed it under Jrpg/Rpg as well that I didn't post above, but yeah, I think Square Enix's definition is what most people go by. A Japanese action RPG. Unless perhaps they've only seen the beginning Demo section of the game, at which point it's easy to think it'd be closer to something like Devil May Cry.