Forums - Sony Discussion - Instead of the PS Classic Sony Should Have...

Just re=released the PS One. They should have just put this bad boy back into production with its optical disk and HDMI support. They could have preloaded the same 20 games but with the disc drive people could revisit any game they want and have access to. They are selling the PS Classic for $100 anyway. I seriously doubt a slightly modified PS One would be much more expensive to produce. 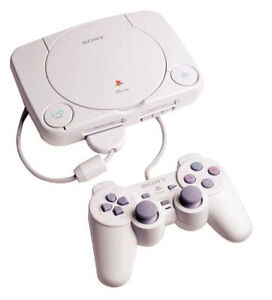 1. They would have likely stuck with emulation because that's cheaper. But if they simply used a better emulator or specs to brute force better performance, there would be less complaints.

2. Sony would have to produce new PS1 disks to profit from this route, also the console would be more expensive to put a CD reader in there. Instead the PS1 mini should have essentially been a PS TV. That way you could go into the PlayStation Store and buy many notable PS1 games, PSP, and even play Vita games. That would have been better than the paper weight they created.

3. They also could have just copied Nintendo. Use or create a better emulator, get more definitive titles, add ideally add more features. If the device simply worked like it should, there would be less complaints.

I'd buy one. Hell, don't even have it preloaded with any games. Just have it be able to access the PS Store and support external HDDs, and we can just buy PS1 Classics off of the store. And play ones we already own.

I agree with this.  Even if they locked it to only play PS1 games, it'd still be way better than what was released.

I doubt this would have been cheaper tbqh

But maybe we get a PS One classic which fixes the problems of the original.

More like should have released PS1 game support on PSN for PS4.

They should have opted for a full PS1 Digital Box that connects to the Internet allowing for PS1 purchasable games only. With options of DS1 and Duel Shock USB controllers.
Id also wanted Nintendo to do the same thing. These Pre-loaded games idea sucks. Just let us pick and choose the games we want to buy and play.

I do not know if all the games included are available on PS store for PS3, but most of them are. They need to make PS Classic titles available on the PS4 PS store, this would make even more games available than just 20.
PS is different from Nintendo where most like the same few big Nintendo franchises, there is a much bigger split in the user base for what people are interested in.

Doubt it would have been cheaper. CD-roms are not mass produced anymore. This means they are expensive.