Switch lacks racer games, so this is interesting announcement.

This is the weirdest game for releases. Came out in 2014 but only released on last-gen (ps3+360). Then randomly at the end of 2017 they decide to bring it to IOS and Android, and now in 2019 it's coming to Switch. It's really STRANGE. It's weird they decided to go back to it and port it so long after it's release, when it didn't sell well, and no one really talks about it.

But it's a good game. xD

I guess it's coming to Switch now because they were already making an Android port, and it's easy to port to Switch from that.

Cool and surprising. Hopefully the price is right, but this might be another one of those test games that are made to fail. Codemasters has never liked Nintendo, after all.

This is good news I guess, but I WANTED A NEW F-ZERO!!

No game company makes games or ports purposely to fail.

They aren't obligated to support any system they don't want, they don't have to produce a fail to get out of such an obligation.

Also worth mentioning that With Gear.Club Unlimited 2 will be released next week like Switch exclusive and V-Rally 4 in two week in Europe (in February in US),
so Switch is getting more racing games that lacks. 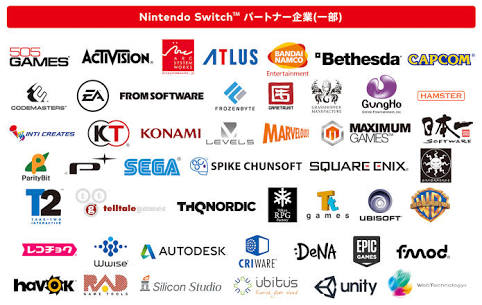 So with that, each developer/publisher on the list has finally put out a game.

This was low-key one of the great racing games of last gen, it's just that launching after PS4/XBO were out really made it go under the radar for many.