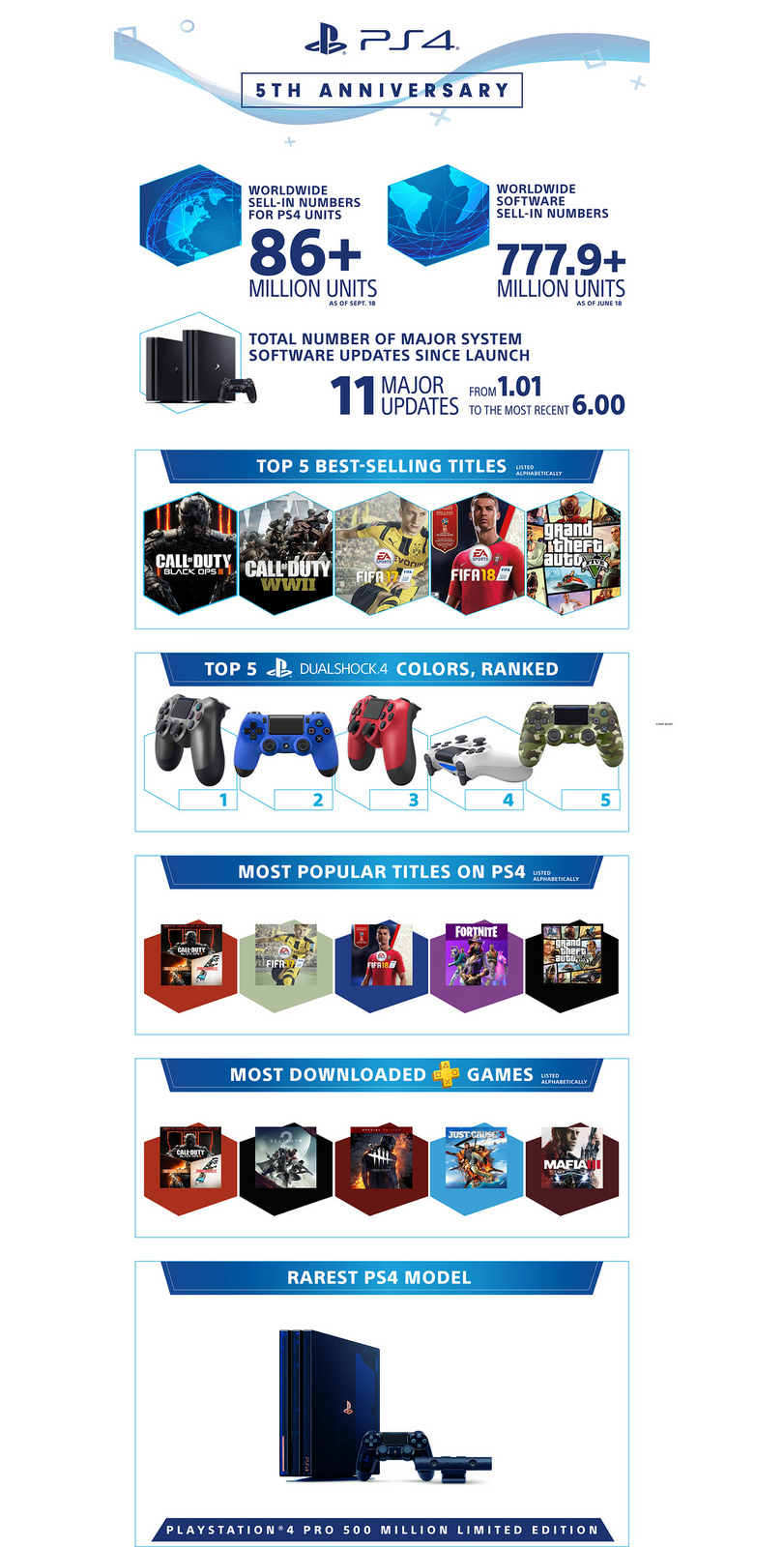 I think it's a bit pointless to question the PS4 sales tracking here as Sony will announce the sold-through number anyway at some point (usually early january) and VGC will then adjust the numbers.

Probably sooner, they have given a late Nov/early Dec update ever year.

The amount between Shipped and Sell-through is never completely consistent so unless there's a massive difference, or almost no difference, we can't make any assumptions one way or the other.

We can look at dates when Sony gave Shipped/Consumer figures close to each other and compare what the difference has been officially during the PS4's life.

Unfortunately most of the figures we have recently are for holiday figures, the 3.7m figure is that high due to the Pro being launched and needing to stock an additional model.

2.6m does seem like it could be a bit high for mid-september, as you'd expect a larger discrepancy between shipped and sell-through afterwards on December 31st. So it's possible that it is undertracked by a few hundred thousands, but it's also possible that the figures are fine.

Basically we have no way of knowing until Sony announce sell-through numbers. The only real inference we can make is that PS4 certainly isn't overtracked by a significant amount.