Star Fox is Nintendo's version of Sonic the Hedgehog. No matter how many entries its spawned, Nintendo simply has no idea what to do with the series. It's been bounced around from developer to developer, and neither Rare, Namco, or Nintendo themselves could do later entries proper justice. Even after coming back from a long hiatus with Star Fox Zero on Wii U, it wasn't the return to form fans wanted. With Nintendo pushing many of its franchises in new directions and/or returning them to their roots lately, I think Star Fox could have a new opportunity to find a new footing, with some simple changes.

* Take the series out of Miyamoto's hands - No offense to Miyamoto, but it's clear he's holding the series back. Back in 2013, he mentioned that it along with F-Zero wouldn't see new games unless there was some super duper new, innovative thing-a-ma-jig to go with it. While that's fine for some games, sometimes people just want a good ass Star Fox, nothing more, nothing less. This where Nintendo and Miyamoto's obsession with trying to find something new can be too much at times. Considering's Zero's failure, and Miyamoto moving on to other things, Nintendo should find a team within the company who sees potential in the series and make something that's unique, but still has a lot of thought put into it.

* Craft a control scheme that's practical - If you want to go the motion control route again with the Joy-Con, or if you want to use HD Rumble effectively, fine. But make sure the game is designed around that, and make sure it's a good idea first. I understand what they were trying to do with Zero's controls, make it so that it's close to simulating an actual cockpit. I'm not one of those idiots who thinks all mandatory motion controls are "Forced gimmicks" because I feel that's disingenuous and unfair to the game if it was designed around that input. Games developed around controller gimmicks can be good if the gimmick is good. Star Fox Zero was designed entirely around the Gamepad, the problem is that the gimmick it chose is garbage. Trying to bounce your focus back-and-fourth between two disconnected displays is not fun, and should've raised some red flags within the development team from the start. Even Zelda Producer Eji Aounuma took jabs at the Gamepad saying it's the equivalent of looking down at your phone while driving. When people within your own company are calling bullshit on this idea, you know there's a problem.

* Give us a new story and lore to follow - Seriously, it's been over 20 years, how many times does Miyamoto want to re-tell the same story of the original Star Fox? Star Fox didn't have much of a story to begin with, but Miyamoto really seemed insistent on refusing to let the series grow. I know gameplay is important above all else, but I also want atmosphere, I want lore, I want to care about this world. I know this will sound controversial, but if Nintendo really wants to do something new with Star Fox, then one idea would be to toss out the original story and setting completely. No more Fox and Crew, no more Andross, no more Lylat System, and definitely no more Slippy. Instead, let's set this new game in an alternate universe and story, one that's darker and more higher stakes that what came before, following a new cast of characters and a new setting, while still keeping some of the spirit of the original cannon. Let people know that the Series has moved on, and is willing to take risks and try new things.

* Give us visual soul - To me, Wii U era Nintendo games always had this "generic" look to them, where it didn't feel like the Nintendo style, it felt more like a parody of it. This is a major problem with Star Fox Zero where the game instantly looked dated the minnute we saw it. It doesn't look like a modern console game, it looks like an N64 game quickly polished up for an HD remaster. We don't need that shit anymore. Give us a new artstyle, make it look gorgeous, push the Switch hardware effectively.

* Give us better gameplay - Another major problem with Zero was how it plays. The game looks slow as fuck pacing wise. In terms of Gameplay, Star Fox has always been one of my least favorite Nintendo series. Compared to other rail shooters like Sin & Punishment, Kid Icarus: Uprising, and Panzer Dragoon which felt like fast, furious roller-coasters, Star Fox always felt like a slow-paced kiddy ride in comparison. There's different routes to take, but there's no twists, no turns, no adrenaline pumping speed. You just slowly move in one direction, blasting maybe, 5 enemies on screen at once, and occasionally go into all-range mode for a boss fight. I get that Nintendo like making their games simple and easy to play but, come on, you can do better than this. For a new Star Fox, Nintendo needs to amp up the action, speed up the pace, give us unpredictable level design, crazy twists, insane boss fights, and stylish action. Star Fox's gameplay can be so much more, It's just a shame Miyamoto always had to step in and go "Nah, can't have the game be exciting now can we?" and continued to insist on this bland, simplistic, cookie-cutter level design. Nintendo has some of the most creative level designers in the industry, there's no excuse for this shit.

So that's what I feel Star Fox needs for a new Switch outing. I want to love this series, really. But until it gets into the hands of a competent development team, I'll always see it as that series that only had one decent game, and mediocrity everywhere else.

After playing Starlink i say make it an open-world game. It's quite frankly the most fun i've had with a Star Fox-related product

After Star fox Zero? Im not sure they can make a fantastic starfox game anymore tbh.

They would need to put in real effort atleast.
I wanna see a AAA level star fox, not a A or AA one. 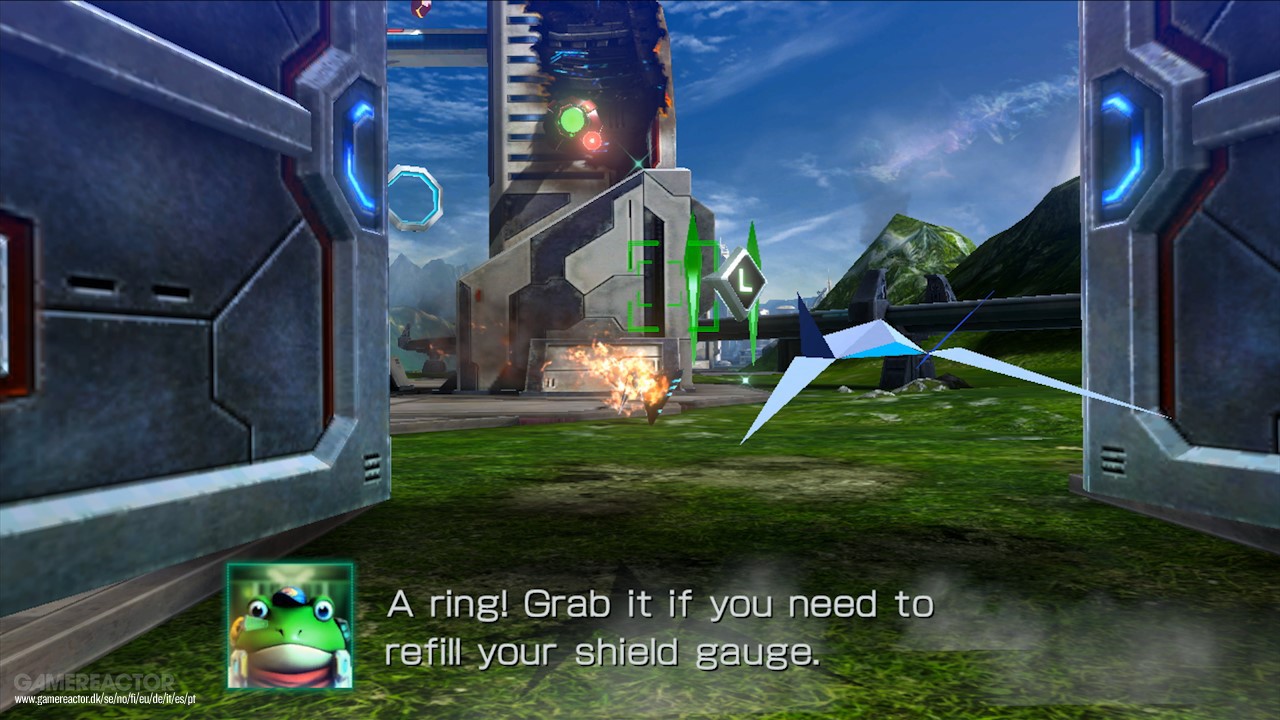 tbh this sounds like you want a real AAA effort nintendo game in the starfox series.
Which is basically what I said before too, unless they plan on spending real money and not be budget minded, i dont want to see them do another starfox.

What Nintendo needs to do is find a Director within the company that can bring a distinct flavor to the series. Uniqueness isn't bad as long as its focused. It's clear Miyamoto's vision for Star Fox isn't working, so time to find someone who can do better.

OP's post is pretty silly as well. You offered basically no ideas other than "make it good". I got an idea for a new Star Fox game too, hear me out:

So, what do you guys think of my idea?

Anyways, OP does present one specific idea, which is to reboot the franchise completely, which I'm totally against. It seems people are hellbent on this notion that Star Fox can't be good by simply being Star Fox, it has to change radically or whatever. There's no reason a Star Fox story can't be good if it's set in the same universe and around the same protagonists.

This is a lot of text for basically "I want a better game than Zero."

Also as far as story goes, only 64 and Zero retell the original story, Assault had a pretty good story plus some nice characterization, Command had a lot going for, but the execution is really questionable, specially with some of the endings.

Which is a shame because Assault and Command at least try to push the series forward however flawed they may be. But Zero in terms of story, visuals, and gameplay, felt like 3 massive steps back for the series.

Jaaaa? That looks like the Arwing from the SNES version in hi-res.