Forums - General Discussion - I can't believe how dumb I am 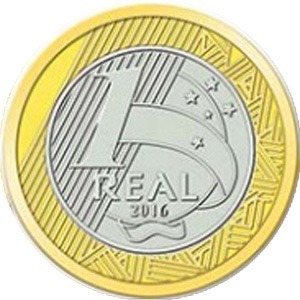 Well, today as a day like any other, except that it could rain anytime. So, I was going with my mom to a registry, since I just purchased my first car (yay, I can drive).

We were walking a busy street when we found ourselves in front of a bar. There were some guys drinking beer and watching TV, a very ordinary scene. However, what caught my attention was the sidewalk of the bar. I found a shiny coin there. A coin like the one you see above.

It was a R$ 1,00 coin, so I thought "Sure, why not?" Then I reached out to grab the delicious coin. When I found out that the coin was glued to the ground...

At that moment I heard a lot of laughs coming from the bar. One of the guys said "Look, he tried to grab it!" Well, the classic prank had worked, so I just said "Man, what a stupid thing to do..." and walked away. My mom noticed I was behind her and asked "What happened? Why did you stop back there?" Then I answered "I fell for the coin prank." She said "So that's why I heard the laughs at the bar..."

Well, that was not a crude joke, so we just had a laugh at myself.

So, this is it, guys. Be careful when you see a shiny coin in the street. The classic pranks are still going on.

At least they didn't record it and put you on Youtube, right?

At least you didn't get shit dollar'd.

Just go back with a pry bar and hammer and still pick it up.

They only laugh if you don't break ths ground to take it all out.
Next time come back with a crowbar and a hammer and let's see who'll be laughing.

I got caught trying to pick up a quarter once as a kid.

If it happened today, I'd come back with a chisel and take it.

im somewhat of a coin collector, or at the very least i do enjoy finding uncommon coins, foreign coins, etc., but this just seems like a dumb prank. i see coins carelessly discarded on floors and sidewalks all the time, and more often than not i pick them up, because why not? but what is actually the point of a prank like this? "haha you thought that an extremely common thing just happened, but it didnt"

Why would you try and pick up a coin on the street? Some homeless guy has probably pissed on it already, why do you want to touch homeless piss?