So I guess MS wants to bring all XB1 exclusives to smartphones. Since most phones can't run modern games, I guess they plan on streaming the games to your phone? Either that or they are banking on phones to get a lot more powerful in the future.

They're quite ugly. Look more comfortable than joycons though. Are they adjustable? 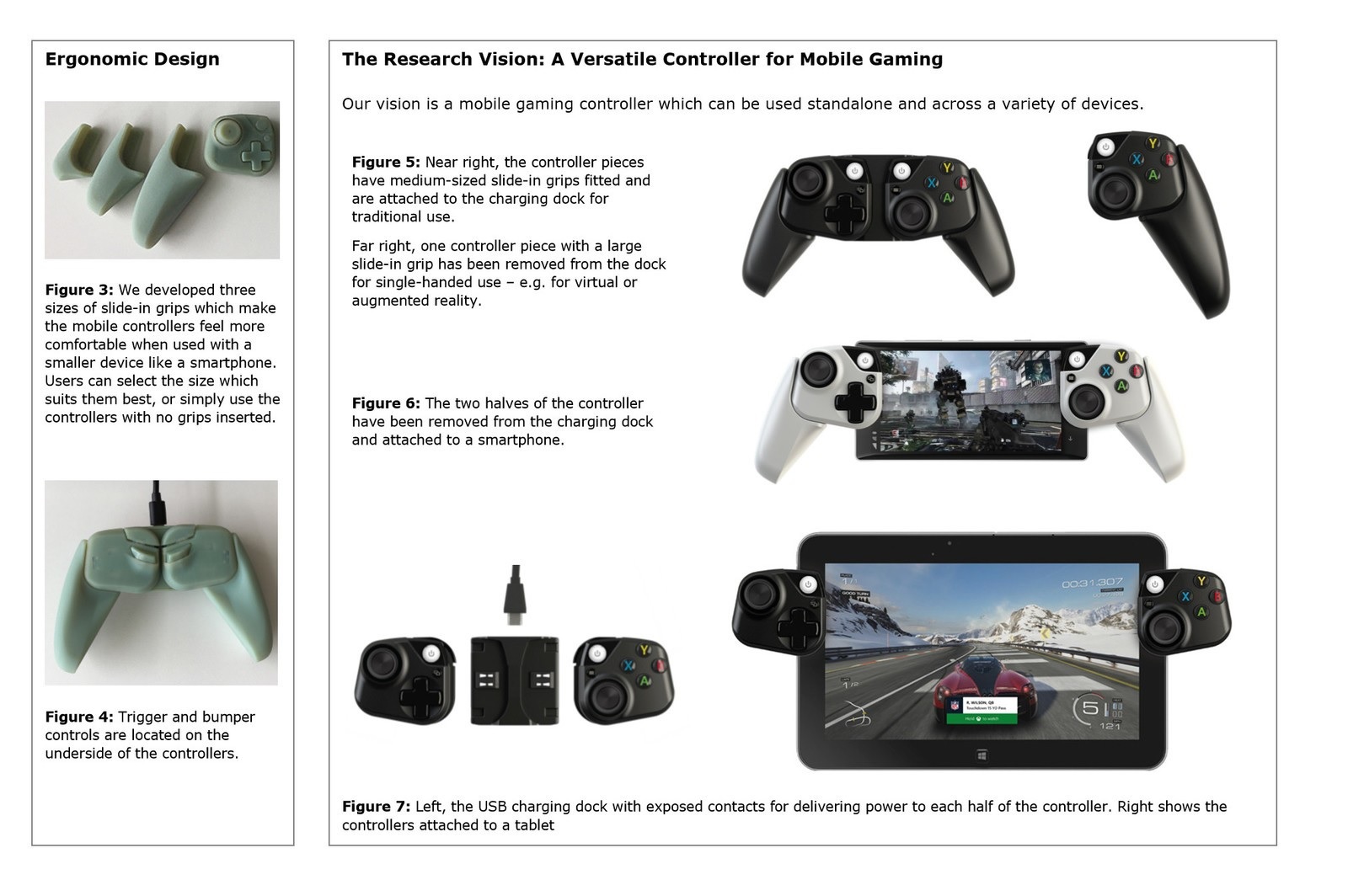 If they actually release this next-gen I will buy it. We know they have plans to make the Xbox streaming service playable on phones via wi-fi or 4G, I could see myself using these to play Xbox games while lying in bed over my houses wi-fi.

It's certainly an interesting idea for Microsoft to get into the handheld market. Instead of selling handheld hardware, just release Xbox Live/Game Pass to the billions of existing phone/tablet owners.

I wonder if Sony will do something similar, offer Playstation Plus/Now and a detachable Dualshock for phones/tablets, it would be their evolved version of the Playstation Portable line.

This is possibly cool, but I'll have to reserve judgement until I hear a full plan. Right now, its just a controller for phones. That's been tried and tried.

With that said, I'm always glad to see innovation in gaming. I hope MS can make something good happen here.

The front looks fine (though, I prefer symmetrical analog sticks), however, it doesn't look like those buttons and triggers on the back are going to be very comfortable.

I know it's all up to opinion, but having used the Switch quite a lot I doubt they are. The joycons are pretty damn comfortable, the only time they aren't is if you're using them as a replacement for the Pro controller (or if you get hand cramps easily and are laying down)

Exactly, an Xbox controller for phones/tablets in itself isn't anything worth getting excited about but if Microsoft or Sony bring Game Pass/PS Now to mobile devices than that's potentially a big deal.