Forums - Nintendo Discussion - Why is the Switch still not getting big games from 3rd parties? October edition

So I still occassionally check out Nintendolife.com, the nintendo reddit page and a few gaming magazines I have sent to my house regularly. Nothing seems to have changed despite how popular the Switch is right now. Big third party games are still nearly non-existent on the Switch. As far as I can tell not one of the big Holiday block busters are coming to the switch this year.

Reminds me of the Wii, except even the Wii got some of the big names. The Switch is not even getting COD, even the Wii U got COD. What is the reasoning for this now? Has Nintendo explained why this is still happening?

They chose to go the less powerful route, so I don't think many publishers think porting their big games to the Switch will be very profitable.

Literally doesn't matter to me. Nintendo has a crazy variety of 3rd party titles slated to be released. Certainly there is a power difference. There's also the fact that Nintendo's success is fairly recent. Many developers will now be making games for the Next Generation systems and certainly Nintendo and the Switch won't be on their minds. Why would it be? Doesn't make any sense from a development perspective. There is no one to blame for this other than the staggering of the generation coupled with the fact that Nintendo has chosen, like they often do, to go in a completely different direction with the hybrid approach. Keep it up, Nintendo. Your indie scene is thriving, your first party offerings are on point, and 3rd parties are bringing original content to your system along with some yearly sequels and some throwback gems that many Nintendo fans missed. 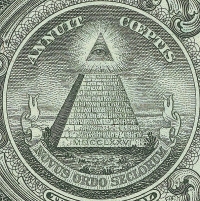 They know it's kinda risky to invest much money and time for a AAA game port, knowing that the 95% of gamers will buy it on PS4/XONE.

It's not powerful enough for easy ports, it's as simple as that. Not many devs are willing to go in and do alot of work, downgrading textures and shadows and such to make their game run on Switch. If Switch had been powerful enough to run the same games that PS4 runs at 1080p and XB1 at 900p at say 540p with no other downgrades, I'd think we'd be seeing alot more ports. But it requires more work than just a simple resolution drop the get most AAA's to run on Switch.

Because it can't run them.

With the first option they could have likely gotten some more of the big AAA titles like Call of Duty, Assassin's Creed, etc. but what would cause people to buy this console over the established PS4/XBO or their new upgrades? It would be Wii U all over again where these games dont sell well and 3rd party support disappears within a year outside of things like Just Dance so it becomes a console bought solely for 2-3 big Nintendo games each year.

With Sony out of the handheld picture, their new handheld device could probably consolidate the 3rd party support of 3DS & Vita into a single device so strong Japanese & indie support but that's easily off set with the increased dev time/cost for Vita/PS4 level hardware compared to 3DS/Wii U so 1st party output would take a hit on each platform compared to their predecessors.

Overall you would probably be looking at a repeat of the 3DS/Wii U numbers or possibly worse so even though Switch isn't getting all the AAA titles that PS/XB get, it's in a much better situation than if they went with a powerful console.

Big games take a long time to make,mate. After the Wii U effect many thirds just completely lose their hope on Nintendo consoles and as a matter of fact a few still haven't recovered, studios like EA and Activision aren't just not bringing big games but also games Switch can obviously run (even Crash Trilogy only really came because of one dev doing experiments with the console). When Switch launched many devs had to be "convinced" that their games could sell before increasing their support. When that happened the first priority on them were to first bring the games that skiped the platform. Maybe we will see more big games from thirds eventually,maybe not, but hardly we would get announcements on big games that were already being worked on when Switch launched but wasn't being considered.

I think it depends on taste. I personally think Civilization 6 is a big game. And it's a game that isn't coming to other consoles on top of that. Diablo 3 is a big game too. It really is a matter of taste.

I believe the real question is why I would rather play Smash, Xenoblade 2 Torna, Pokemon, Mario Party, and Starlink Battle for Atlus on my Switch rather than any "big" 3rd party titles this holiday on my Pro.

Devs do not feel like porting the game as there is an obvious power difference. It can run them sure, but they would rather hire a 3rd party dev like Panic Button to give it to us a little late than sink money into another in house team to do it themselves...if at all.