Here are a few of mine: 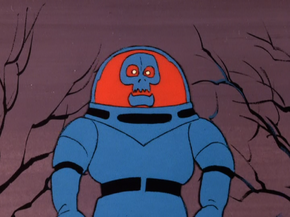 His overall design and psychotic laughter really left an impact on me, which is why I found him to be a very entertaining monster. I wish I knew how Don Messick did that laugh. :) 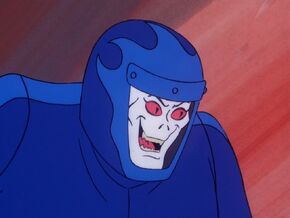 He was one monster who truly displayed cruelty, even trying to seal Shaggy up in a brick wall. His backstory was also unique among Scooby-Doo villains (he's the ghost of a Formula 1 driver killed while racing in the fog). 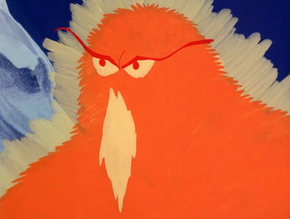 Seems Hanna-Barbara were really proud of this one, because he even made it into the opening sequence for The Scooby-Doo Show. Plus, it was a fun idea to have the villain pretending to be his own ghost. 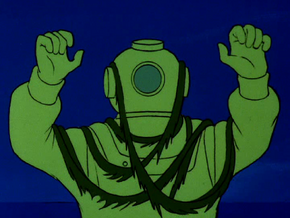 Speaking of villains faking their deaths, you're probably familiar with Captain Cutler. He stood out with his sickly green suit and creepy moaning, and we got to see him in all versions of the original series' opening. 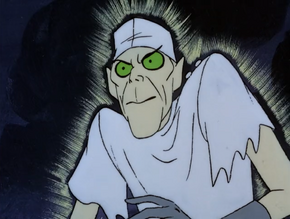 Memorable just for how unsettling he was, going as far as to disguise stolen gold bars as bodies in a morgue. It helps that he had a snazzy pipe organ that would control a pair of vicious attack dogs.

So, who are your favorite Scooby-Doo monsters? They can be from any incarnation of Scooby-Doo. :)

There's more, but from the top of my head:

I remember the Miner 49er, but I don't remember what he was after.

Original Scooby Doo still holds up well after all these years. Been a few years since I watched the original series though, so I can't really remember which villains were my favorites.

Is this a thing people actually care about?

If you mean Scooby-Doo, then yes it is.

The Headless Specter and that Robot guy. The one where they're in the carnival and the robot was chasing them.

And Scooby turns into R2D2:

I don't know the name of the monsters, but I was always fond of the 3 movies they got out during the 90's. 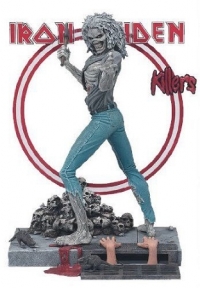 The "coin" mummy! Am I finally communicating?