So i guess by now majority of people have finished this amazing game. I think the game is phenomenal from a gameplay standpoint and nails what it feels like to be a spiderman, but I was not at all impressed with the story telling, don't get me wrong story was good but it was all over the place, it was highly predictable and i blame it on their E3 presentation Insomniac should have never shown forming of sinsiter six at E3, also the way some of the characters were handled were not the best especially Martin Li, his arc did not get a closure he deserved. (I m spoiled by ND and SSM story telling)

Anyways enough of a mini review, I wanna know what are your assumption or prediction are as to where spiderman 2 will go in terms of story, considering how it ended. In my opinion the ending where we see Harry will be the canon, I believe in pursuit of a cure Norman has created Symbiote to keep harry alive which is evident at the end, i think that symbiote will eventually end up on peter corrupting his morality and by the end Miles will have full control of his powers and we will get to play as miles and fight peter with the black suit at the end, but peter will sacrifice himself making symbiote leave his body on to eddie brock who will become Venom and the villian for the Spiderman - 3 and miles as the main lead.

P.S. Insomniac has already worked on a plot similar to this in resistance series. where In Resistance 1 Nathan Hale is immune to alien virus chimera and uses it to his advantage to fight aliens, but in the end of resistance 2 he is corrupted by the chimera and losses control, promoting the other guy to kill him who went on to become the lead in Resistance 3 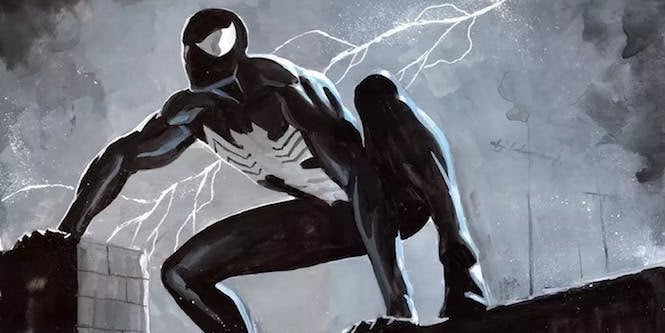 Harry has been Venom before and will be again for this universe, I just don't see them killing off Peter just so you can play as Miles given Marvels want for more content with these two sharing the same universe, they have quite a difference in ability and would make for some nice game play change up if you swapped between the two.

I dont think they would just setup miles so that he could just to be a supporting character? Insomniac did take some bold move and risk in this game by killing off Aunt May and it paid of well, so just based on that i wont be suprised if they pull the plug on Peter at the end of spiderman 2, treating the arc as death of superman type of thing

I see the goblin comming out of the Harry research (the green color is very telling), and yes I can see at some point Peter being out of comission or control and you needing miles to solve the problem.

yes I think harry will be the emotional arch for the game MJ and Pete trying to save him. Already harry's character is fleshed out through notes and research station.

Yes I liked that Harry, Octavius and Martin Li aren't evil chars, they are just emotionally broken and became villains because of mental breakthrough (well Harry still isn't, but will be), even Kingpin on the game you never see he doing evil, and his goons only protect his areas without attacking regular folks (in a way that JJJ attacks on Spidey causing more harm than good in the end even making some sense).

I don't forsee them giving up on Peter for Miles sake. They will share this game world.

They talked alot about how this first game deals with Mentorship, and idols. I am thinking we will see more of Peter teaching a Miles, and how they can be stronger together.

Take note of the pattern of Sony Exclusive titles utilizing AI partners to heighten experience and bring out story as you play. I can see a new aspect of the next game being timing and lining up combos together. Several Playstation games utilize this. Gravity Rush, Uncharted, The Last of Us, God of War. Its part of their thing now with their Single Player titles, it honestly makes them better.

And could even give you co-op.

If they want to introduce Miles at some point they really screwed it up. Completely uninteresting character, seems like they didn't even try. I agree though, the story isn't exactly GoW levels here but it's a good story, great infact and doesn't rely on the origin story setup whoch puts it up there with the films. It outright beats the films in set pieces and general action and fight scenes.
As for the next game, I agree with DonF but it'll mimic tjis game to a tee in setup and add in a few new villains. We'll see a raft escape again I predict.

Well they did introduce Miles and I would say it was decent enough and he have motivation to be a Spider-Man.