However, Rise was an exclusive to Xbox platforms (at the time), whereas Shadow is a full multi-platform release. Compared to the first Tomb Raider reboot in 2013, first weeks sales are more than 70% down. Of course, these charts don't factor in digital sales, and digital is understood to be taking a larger percentage of the boxed market compared with five years ago.

Nevertheless, it's not a huge week one for Lara Croft. 63% of launch sales came on PS4, whereas Xbox One accounted for the remaining 37%. Shadow of the Tomb Raider debuts at No.2, which means Spider-Man retains its No.1 spot for a second week. Impressively, the Sony game's week two sales are down just 42% compared to its launch week, and it's already on the brink of eclipsing the sales of the last big PS4 exclusive: God of War (boxed sales only). There's also a new game at No.3 in the form of NBA 2K19. The 2K title charts a place lower than last year's entry, although sales are pretty much identical. 65% of sales of NBA were on PS4, 33% on Xbox One and 2% on Nintendo Switch.

Last week's big new releases drop further down the charts. Sales of Dragon Quest XI: Echoes of an Elusive Age fell 86% week-on-week and the game drops to no.29, whereas Destiny 2 Forsaken sales fell 68% and the game now sits at No.26."

Absolutely insane second week for spiderman. If digital is 40% and i personally believe it to be higher then it's sales after 9 days are already over 500k in the uk. Just crazy. Pretty much outsold god of war lifetime at UK retail already which is nuts.

Also tomb raider not doing so hot i guess that exclusivity deal came back to haunt them.

You know Shadow of the Tomb Raider is a PS4 game too, right? Why are you reporting on it's negative success? 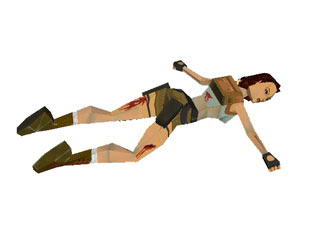 I don't think it's an exclusivity issue, as majority of sales were on Ps4. If the exclusivity had pissed off Ps4 owners, then wouldn"t a higher proportion of the sales come from Xbox? And why wouldn't they have boycotted Rise instead? Are Ps4 owners that petty over a deal from 3 years ago?

Personally, I'm just tired of the Tomb Raider franchise at this point. Narratively, I was pretty underwhelmed by the second game, which felt pretty much like a repeat of the first 2013 game. Reviews of the finale seem to indicate the story isn't the main seller, and that Lara is pretty unlikeable and crazy in the third one too, and I just can't invest myself in a single-player story when the main character is unlikeable.

So Shadow only got two days of tracking versus rise getting five days, for the first week of each.

Why the hell square Enix agreed to make tomb raider exclusive to xbox1.thats the dumbest descision any developer would make.i mean even Microsoft don't even make exclusive for xbox1.they destroyed the tomb raider brand but I will still gonna buy the game and support the development because I love adventure games.sony stopped making uncharted so I have buy tomb raider for my adventure fix.but pls don't make next game xbox1 exclusive.

I don't feel like anyone is really interested in this franchise with all the naughty dog games and their copies on the market in the recent years. The gameplay wasn't really original and didn't stand out to me.

The thing is and this has to be true. If even just for one time, Sony or Microsoft or even Nintendo had and opportunity to make one Tomb Raider Exclusive, I think it would have a focused platform userbase attention and for bragging rights alone would muster in more sales. Timed exlusives seem like a waste of time and effort. Microsoft had that deal last time with Rise of the Tomb Raider. Then the PS4 version came out a year later and outsold it already. Just think if Naughty Dog were given a shot to really do Tomb Raider some justice it would then stand out. Instead of blend/bland in like a typical multiplat.

Wowww, already outselling GoW total sales?? That’s crazy. Come on Sony, give us worldwide numbers! I felt strongly spiderman would sell 10mil plus, but I could never say whether it would outsell GoW. Looks likely that’s gonna happen.

Huh? Didn't know that Shadow of the Tomb Raider is on Switch. I guess I'll check it out then.