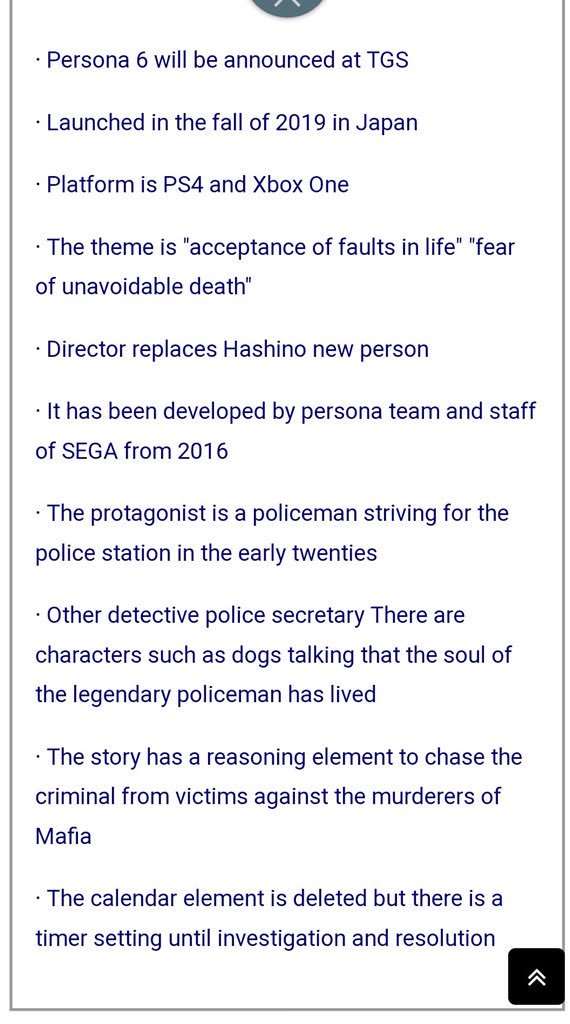 could really be, that we could see the first trailer...

I doubt believe it simply because it launches on Xone but not on pc or Switch. Also it seems unlikely. But I would like to be wrong on this one.

Would be more believable without the Xbox One part. But even then, the gap between Persona 4 and 5 was so long that I'd be really surprised if #6 were released so close to 5. They haven't even re-released 5 in any way yet!

Considering the time between P4 and P5, it's unlikely to see it, even if the franchise is popular now. Atlus has way too much milking to do before P6 (Switch port included).

I feel like its still too soon for Persona 6

....Yeah, this seems unlikeley for several reasons, and would basically be my TGS 'WHY IS THIS GAME ON XBOX AND NOT SWITCH!' title a la Jump Force and Monster Hutner World.

I'm not expecting persona 6 for at least 3 more years.

Got persona 5 and i dont understand what people see in this series. Eveything in this game is Boring and repetitive.
I doubt it Will be on tgs, we just had persona a year and half ago

I know it seems wrong, but the fact that it says it's coming to Xbox One alone was enough for me to dismiss the rumor. I'm not saying it's impossible. Persona fighting games went to Xbox, just not the mainline series games. I would also believe if it was going to Xbox One, it will most certainly be getting a Switch version.

It'll be a long while before we see Persona 6 I believe. Stranger things have happened though.