Square Enix has announced The Last Remnant Remastered for PlayStation 4. It will launch via the PlayStation Store on December 6 in Japan for 3,980 yen.

The game is a remaster of the 2008-released Xbox 360 and PC title The Last remnant with additional elements. Furthermore, it uses a new game engine and has higher resolution graphics. The new key artwork was illustrated by Yusuke Naora, who was the art producer on the original game.

Lol seriously? I remember when Square Enix put so much stock into this game. This game was supposed to be their new blockbuster franchise and was supposed to be the start a new relationship with the Unreal Engine. Turned out the game was f***ing awful, bombed with critics and SE canceled all their planned sequels. The Last Remnant was the first SE game to use the Unreal Engine.

This game is awful, and this remake is another example of Square Enix not admitting they made a shitty game. 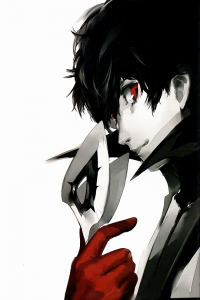 Wonder if this has anything at all to do with the fact that they removed the game off of the Steam store just recently..

Wow! Really? Japan did it! They won!

Hope someone enjoys this but I'm gonna pass

Is this a fucking joke? After all these years? I think the PS3 version is still listed on Famitsu's Japanese Most Wanted List!

That is what l'm referencing in my post. They did.

Amazing, although I wonder if they will fix some of the problems with the game. Like being unable to change characters equipments and the like. Probably not, if so then modded pc version its still the best.

So they really do the remaster, haha :D
I skipped the 360 game because it had many issues, and without a at least avarage PC I wasn't able to play it there, too. Will grab the remaster as soon as the price fits :)