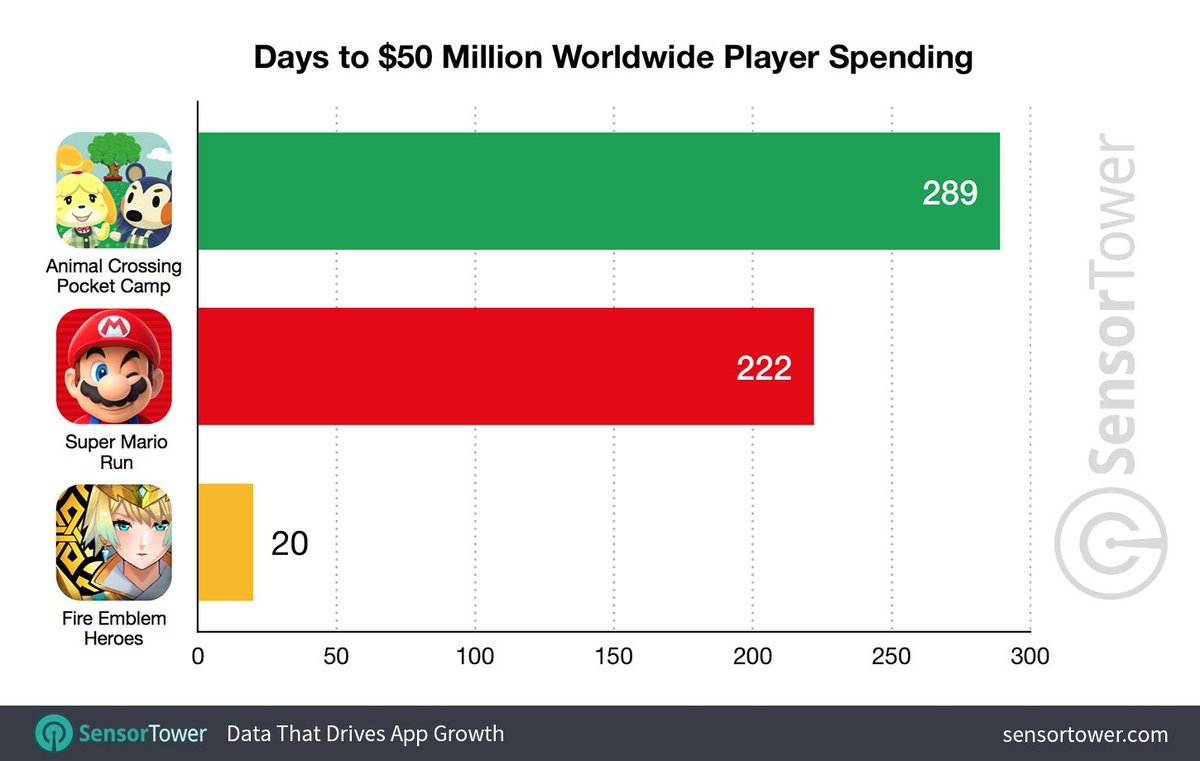 Animal Crossing: Pocket Camp hasn’t been Nintendo’s most successful mobile game, but it did manage to reach a new milestone. Sensor Tower reports that total revenue has reached $50 million globally.

It took Animal Crossing: Pocket Camp 289 days to amass the aforementioned figure. Super Mario Run did so in 222 days while Fire Emblem Heroes hit the mark in just 20 days.

Japanese players have contributed to 81% of Animal Crossing: Pocket Camp’s revenue. The US follows next at 14%. 61% of revenue is from iOS users, and total downloads have surpassed 25 million.

FE Heroes was and is such a big mobile hit.Hopefully that pays out and really brings in new fans to the core game, with Three Houses.

If you had told me 3 years ago that between Fire Emblem, Animal Crossing, and Mario on mobile, it would be Fire Emblem that becomes the biggest hit out of the three of them, I would’ve called you crazy.
It’s incredible to see how far that series has come from being on its deathbed before Awakening blew up and sold as well as it did.