Ah mascots.  When most people think mascots, they can usually quickly identify which one most represents their brand quite quickly.  Sega has Sonic, Nintendo has Mario, and MS has Master Chief...but what about Sony?

Back in the days of the PS1, you could quickly throw out Crash or Spyro.  However Sony does not own the IP and they have since gone multiplat.  So lets take a look at what we have left to work with and see who most people view as the best PS mascot!

Nathan Drake...now he came later into the PS brand with the PS3, but no one can deny his presence in the PS brand and how prominently he is used in ads, even before Uncharted 4.  He has appeared on the PSV, PS3, and PS4 so he has made an appearance in several spots throughout the brand's more recent history.  The big problem here however is that it will be hard to continue making games that feature him given how Uncharted 4 wrapped things up.

Ratchet and Clank...they pretty much took over where Crash left off in the PS2 days.  Their games have been hit or miss, but the recent reboot has breathed new life into the IP.  Of all of the 3D platformers that Sony has at their disposal, Ratchet and Clank clearly have the biggest influence today.  However their impact might not be as strong as some of the others on this list.

Kratos...another fine candidate from the PS2 days.  His trilogy was a strong pillar in the PS brand, and also had a total of 3 spin off titles, two of which were on the PSP.  Now he lost steam after Ascension, but came back with the new God of War for the PS4 with a vengeance.  He is currently one of the most popular characters in the PS brand and we know he has more games coming.  I guess the only real question here is wether or not he will eventually be killed off for Atreus to take over.  Aside from that, he seems like the best candidate in my book as he has a rich history with PS dating back to the second console and has made a strong presence for every generation after that, aside from the VITA of course.  But even then, the PSP games are available on the VITA PSN store.

Helghast...Killzone has also been around since the PS2 and the IP has had its ups and downs.  It has had games released however on ALL PS consoles since the IP's inception, and has been promoted in advertising as well.  Shadowfall may have had mixed reception, but we may see the IP come back in the future as fans continue to cry out for a new game taking what they learned from story telling with Horizon Zero Dawn (GG newest IP).  I guess the real question is WILL the IP get another chance in the future?

Sackboy...Little Nig Planet did not come until the PS3  but has also had a strong part of the PS image.  With releases on the PS4 and PSV as well, much like Nathan Drake, he has been around.  However after Little Big Planet 3, the IP seems to have lost some steam.  It may be that Sony's creative creation IP could be shifting to Dreams in the near future, and we may not see another Little Big Planet game cor a long time...if at all.

Well those are my top picks, with Kratos getting my vote.  Where do you all stand, and if you have another suggestion  click other and specify in your reply.  Also if you pick any of the above five, please explain your thoughts on the character as well.

Why not? Superheroes are all the rage these days.

Between Kratos or Nathan Drake.
Sackboy? What's so leading about Sackboy? Ratch n Clank arent even made by Sony and Helghast? I havnt even heard of him/her/it.
I say Kratos. His made by Sony, he has been in a ton of kameos and his not like Drake where he has retired. Kratos has alot more left in his tank. Only downfall with Kratos is his not for the kids so the moscot is clearly aimed for the mature gamers.

Talking about last two gens, I would said Nathan Drake. 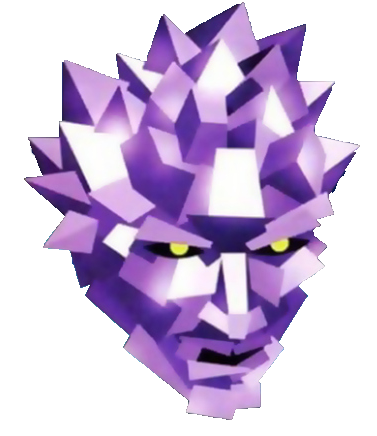 Sackboy is still the Playstation mascot in my eyes. LittleBigPlanet is iconic with the Playstation brand, even if the 3rd game was a big let down, but I blame Sumo Digital for that.

Im not really sure why they need to have one.

The PlayStation brand doesn't really need a mascot. It probably never did, they have a lot of amazing exclusives. When I think of PlayStation these days I think of the Uncharted, The Last of Us, God of War, HZD etc. Back in the 90's Tekken, FF, Resident Evil etc.

Kratos comes the closest of being an actual mascot