Forums - Politics Discussion - Wil Wheaton, who ditched Twitter bc they didn't ban Alex Jones, gets banned from his new platform over censoring transgenders

Wil was very, very disappointed that Twitter didn't ban the hateful Alex Jones and had to move to more justice oriented platforms out of protest.

It's a real shame that Twitter's leadership doesn't seem to care about the hateful people it empowers, and enforces its own TOS so unevenly, giving preferential treatment to high profile people like Alex Jones, who have *clearly* broken that same TOS.

Well, Wesley got shut up quite fast on his new platform and failed to see the irony. Self-flagellation didn't help him either.

Anyway, take your victory lap and collect your prizes. You've made it clear that I'm not welcome here, and even though I disagree with the action this Admin is taking (banning me when I didn't break any rules doesn't seem right), I respect and support the Admin's decision to run their instance the way they see fit.

I have been notified by an Admin here that they are getting 60 reports a day about my account. As far as I can tell, I'm not breaking any rules, and I've done my best to be a good person here. But this admin is going to suspend my account.
This lie that I am anti-trans, or anti-LGBQ, is deeply hurtful to me (I know it's nothing like the pain LGBTQ people deal with every day, as they simply try to *exist* in a world that treats them so badly, but it is still hurtful in its own way to me). I just want to make it extremely clear: that is a lie, and the people spreading it are misinformed.
I know that I'm well-off, well-known, and as a CIS white hetro dude in America, I live life on the lowest difficulty setting. I know that I have very little to complain about.

(background: he used and promoted the GGautoblocker blocklist that censors those hateful Nazis... but that list contains some trans people as well and that was equated to spreading transphobia)

What we were promised 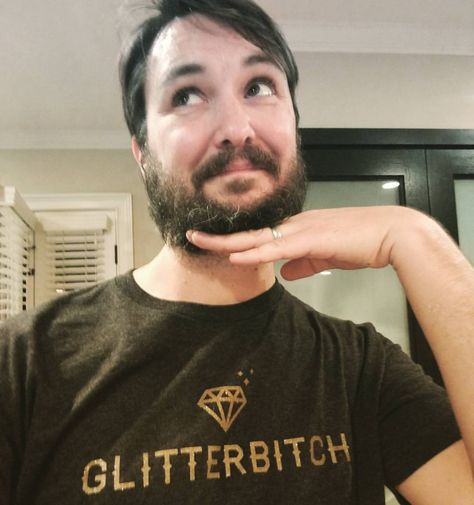 Do you think Wil will learn from that experience and be less trigger-happy about banning people? (I think not)

So the admin got hit with 60 spammers and instead of dealing with the spammers, he took the easy way out and banned Wil.


And you somehow see that as the same thing that happened to Jones on Twitter?

Okay. I mean ... someone actually took the time to make a thread about this? I'm kind of in shock over that.

I thought Alex Jones did get banned on Twitter?

A small site couldn't administrate spam reports from idiots to a celebrity account so they ban it instead? Well.... Big victory today for ... Badly run sites?

I'm Trek fan, and probably like most fans, Wesley Crusher, Will's character in ST:TNG, annoyed me to no end.
Yet, as boardgamer, his Tabletop was really good and very popular show that introduced plethora of people to designer boardgames.

Do we think Wil will learn from this experience? Learn what? He didn't do anything...

So he left Twitter because he demanded that they ban people he disagree with and then ended up getting banned on his new social-media platform. pretty LOL-worthy