Since November 2014, we haven't gotten an official update from Microsoft about the Xbox one's sales, and it's frankly super frustrating at this point. We all know the PS4 is winning by a good chunk, so there isn't much of a mystery there. Do you think Microsoft will eventually reveal sales for the Xbox One, or are we forever going to be left in the dark?

no i dont think so microsoft only reports numbers when they are in the lead. but i would like to know what the sales numbers are

As soon as they catch up to the PS4 thanks to the X1X.

Of course not. Why should they?

The are better off continuing to announce gamer playtimes.

Imagine how bad it would make them look if sony is announcing 90M and they are announcing 40M. Yet they were released in the same month of the same year.

If the next Xbox console knocks it out of the park then I'm sure Microsoft would be more than willing to reveal their XB1 numbers and do regular sales comparisons between the two to drive the point home that everything's fantastic.

No. Considering Xbox consoles is not the only way to play their games right now, it doesn't really make any sense. 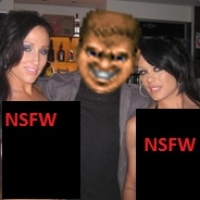 XBOX is loosing to PS4 but still it's not a Loss.. it's just that PS4 is more popular.

Being behind doesn't mean = looser. 60-70 mil means being relevant.

they would if they were ever in a position where it was something worth bragging about. Tides can always turn, just because they've flushed this gen they could rule with their next machine, can't tell the future.