Xxain on 23 August 2018
Left Alive further details from Gamescom 2018, more news set for September
posted on 08.23.18 at 01:17 PM EDT by Sal Romano (@salromano)
An active duty soldier, a policewoman, and an escaped prisoner. Following yesterday’s screenshots and information tidbits on Square Enix’s cover shooter Left Alive from Gamescom 2018, Famitsu has gone up with its own preview of the game with additional details.

Here are the details:

The Beginning of the Story

Left Alive will be released for PlayStation 4 and PC.

I was getting worried that they stealth cancelled this game. Best announcement at TGS last year. 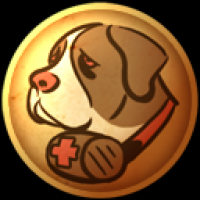 Sounds sweet is there any prototype gameplay?

Reveal trailer has a little bit of gameplay in it.

I actually forgot all about this until just now, lol. Hopefully we'll get to SEE more of it, maybe at TGS or something, because it sounds rather interesting.