With the recent success of portable gaming with nintendo switch and mobile games like PUBG and Fortnite. I'm pretty sure Big three are working on ways to target that demographic, not just with games but with hardware feature for their next gen consoles, and In my opinion Sony might be sleeping on their killer feature remote play.

Sure sony has been doing remote play since PSP and ps3 which was half baked, But with Ps4 and psvita they went all in, unfortunately the way PSvita was handled sony killed this incredible machine, even with no games Psvita is incredible for remote play, but no one is going to buy it just for that, So the next logical step for sony is to open remote play on to every android and iOS phones. Right now only Xperia phones have remote play feature and I used to use it all the time on my Xperia Z3 before I bought PSvita.

So with PS5 I hope Sony innovates Remote play even further and opens it up to all the devices coz ability to stream and play a game on a device which you already carry is highly underrated. 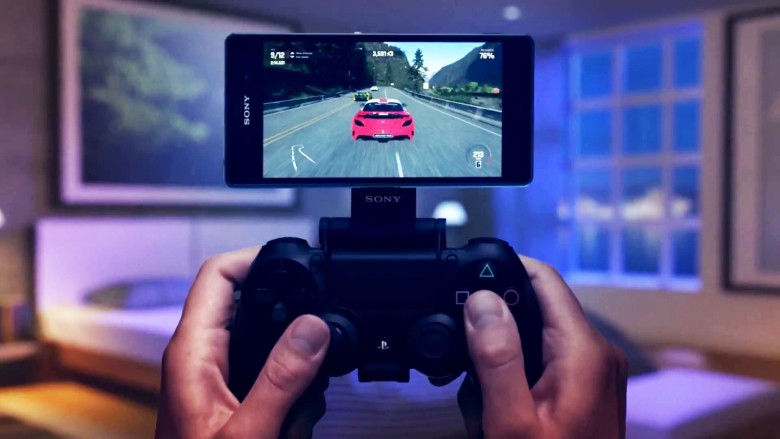 Remote Play is passable if you have a very good network connection. They have continued to work on their game streaming tech all gen with both PS Now and Remote Play, and I fully expect them to continue the feature with PS5.

The only problem with Remote Play and PS Now on current Smartphones is the lack of buttons. Remote Play on Xperia devices is unplayable with the phone alone due to the utterly crap touch controls. That means you will need to carry both your Phone and your DualShock 5 with you everywhere you go.

I see Remote Play and PlayStation Now as one option Sony should offer for all Non PlayStation devices. However, I think it is very improtant that they also bring out a Handheld and a Phone on the Ryzen/Navi platform that shares the same OS and Library as PS5. The Switch has shown that people are willing to pay $300 for a games only device with a limited number of AAA titles. If Sony brings out a PlayStation Phone and Handheld for $500/$400 that have a shared library with PS5, they should easily find a profitable and sustainable userbase. With 7nm, M.2 SSD's, and Solid State Batteries, 2020 is looking like the perfect time for them to release PS5, PS5 Phone, and PS5 Handheld.

I dont think remote play can or willl ever be a killer feature.

Yes it can be innovated, all sony has to do is make some sort of controller/cradle thing to hold your phone or tablet while connecting via bluetooth and its sorted.

The real issue will still be that you have to buy two devices. The console and the host device. Now if we are talking about doing all this sans console then thats a different thing. That's PS now, and thats a totaly different kinda problem. Then we will be talking about subscription services and how long of a delay between physical and stream releases.

remote play on Vita is cool enough... but still you're getting a 1080p image scaled down to 540p while everything is working absolutely as it would only really in a test lab, take a few steps from the machine if you're using adhoc or suffer a small off in your net connection and you're looking at image dropping to 240p at half frame rate, and the thing is.... while games for the 3DS do play at that resolution, the PS4 has no idea that you are viewing it on such a massively scaled down res, so text will not be a legible size at that resolution and gameplay of titles like Driveclub will absolutely suffer because things like snow cause massive artifacting on lower resolutions which the Vita dips to at times.

I'm not saying it's not a cool feature... but in comparison to a handheld like the Vita's native software or more powerful switch then the idea of tethering a handheld to another system to play games just doesn't do it for me, unless it's just for a feature like the phones net connection to play titles online while I've done a fair bit with the Switch in recent months.

Remote play to all devices won't be because of Nintendo and the Switch (PS4 sales haven't been affected at all by it) .
It will be because Sony have been wanting to do this for a while now. It's not just remote play, it's PSNow which is the killer feature of they get it to work well. Remote play of your ps5 will just be an added bonus.

I think the PS5 should be a home/handheld hybrid, but I doubt they will do it.

I disagree.  Let PS5 be a powerhouse, let Nintendo be a hybrid.  They coexist perfectly with eachother as it is and many PS fans would be pissed at the sacrifices needed to make native gaming on the go work.

OT As for remote play, it is less than desirable.  I have used it many times and it was enjoyable enough, but after using the Switch on the go...there is no beating native gameplay.  I tried to emulate Switch performance with remote play (my speeds are over 300mb) and it is hit or miss.  Wifi hotspot is a huge hit to quality, public wifi is a bust, and playing on a friends Wifi works well enough as long as you are not in peak usage hours.

With the Switch, I can use all of thise wifi connections to use multiplayer effectively (much less demanding than streaming) and my SP games work flawlessly without a connection.

Remote play is nice, and I do see the PS5 having it, but it is no replacement for the Switch when gaming on the go.

they need a PS5GO that plays every PS5 game natively (but downgraded) on the GO. It would be a separate device.

I hope the PS5 has Remote Play, but I don't see it as the principle feature. If it had never happened before, and if the Switch didn't exist, it might have been able to make a splash. But they'll need something innovative to really turn head for the PS5.

Or maybe it can just be another box with way better specs and get along just fine, ha ha.

Sony should release a PS5 and a PS5GO.  The GO version would play every game in a downgraded way (the inverse of a PS4PRO).

If this happens I expect Sony to release it 1 1/2year after the launch. So that people wont bit(h about why it is not a hybrid console.