Forums - Politics Discussion - Why do MTGOWs hang on RadFem sites? 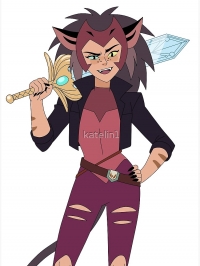 So in the comments section of a women's lib. site that I frequent (boo, hiss), there's always a certain men's rights guy who has things to say about every article. (Invariably supportive.

)He's annoying, but tolerated because he aspires to comment in good faith. But recently there has been another one who specifically describes himself as a MTGOW (online shorthand for "men going their own way") activist who seems to be obsessed with letting all the women and male allies there know that he has "gone his own way" as a man, i.e. given up sex with women (other than perhaps sex slaves anyway), and that we accordingly cannot sexually access him. As if any of us want to.

Things got pretty ridiculous after a while. He started claiming that the site owner was "censoring" him even though she claimed that all his posts had been published (guess who I believe) and he eventually announced that he was leaving in protest, at which point rejoicing ensued. Many hours later, he eventually had to be forced to follow through on that pledge through the moderating process because he kept attacking the site owner. The whole affair was quite stupid.

The hypocrisy of it all was lost on no one. The guy claimed to be a male separatist, but felt the need to troll a feminist web site anyway. Be a separatist! Go your own way! Comment on your own spaces! You see what I'm getting at here? Why is it important for radical women (including many lesbians) to know, and to be tirelessly reminded again and again, that we cannot have sex with you when none of us asked to? Or even wanted you there? Even the other MRA guy, the regular, couldn't help but find him absurd.

I understand we have some MTGOWs here is why I ask. Help me understand this, people! Why would a male separatist feel the need to (pardon the pun) insert himself into a site for self-described radical feminist women for the sole purpose of announcing, repeatedly, that he is not sexually available to us? I'm asking our resident MTGOW guys in particular.

The internet has a habit of attracting trolls. That's true for pretty much any website out there. The only places you won't find trolls are places that aren't well known enough to have attracted any... yet.

You are describing a troll, specifically the persistent type who gets enjoyment out of ruining something for others.

What? Who? On where?

You left out why and how!

Anyway, this occurred in the comments section of an article that was posted on the second wave site Feminist Current. The guy responsible went by the screen name "MTGOW-man".

mgtow are generally pathetic, they are men who deeply desire women but for whatever reason are not attractive so they express that desire as hatred and contempt

if you truly are going you own way, then do so and that means your commentary on women should cease

They seem to be looking for therapy in one way or another since they're gathering together to discuss these things, rather that "going their own way".
I'm guessing he's just taking his frustration out on you.

I think you just uncovered the actual reason.  Radical feminists are generally pathetic women but for whatever reason are not attractive so they express that desire as hatred and contempt.  They're just being drawn to their counterparts.  It's a fascinating glimpse into psychology.

Beats me a MGtow should go his own way so the reason why hé would go to a feminist site is beyond me. Going your own way and prefering to be single is perfectly fine. Especially from an environmental point of view there are to many humans on this planet already if we want to maintain a decent living standard. But why a MGtow would harras feminists in their spaces is kind a dumb. He is probably just some bitter person who thinks its cool to be MGtow and thinks that hé is fighting a sacred battle against feminism. You know the keyboard warriors which will save the world via social media.