I cannot see other info. about it google fu is weak. 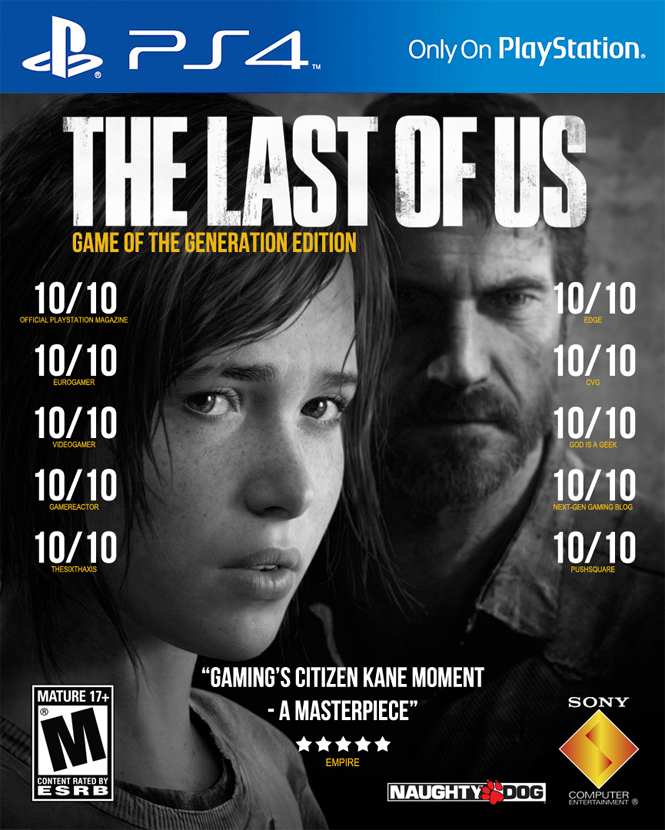 With Spiderman PS4, Ghost of Tsushima, Last of Us 2, Days gone, Death Stranding I guess Sony will be on the roll for selling a lot of games with more than 10 million on it's belt.

Sony cultivated it's first party from PS3 era. The great thing that happened with PS3 era is Sony learned a lot of lessons. Strengthening their 1st party and it's paying dividends right now. Although I hate them for closing a lot of Studios on the process and closing Zipper interactive IMO is one of the worst decision they made. Imagine what games they will make in today's market full of coop team based games. They could have a dev dedicated in creating multiplayer games.

Anyway, I am also amazed that today they are competing with Nintendo's 1st party games in term of sales. When you argue pre- PS4 that 1st party of Sony will be big in terms of sales they will laugh at you and the only rebuttal you can make is Gran Turismo.

I hope Sony will add more studios at their arsenal. They still need more. We need more Ips from them because they still lack games in terms of other genre and especially the co-op based games and multiplayer side. I missed the days when Sony is releasing  a lot of games left and right. I also hope they will revived their old IPs as well because there are a lot of gems on PS1 and PS2 era.

With generation ending the battle for next gen is closing and with MS 1st party ramping up they will need to bring their quadruple A next gen.

Sorry for my poor English and grammar.

They really stepped it up this generation, good for them.

Spiderman is up next to join that list, which is great for Insomniac too

their hard work paid off

I wouldn't say they are on Nintendo's level just yet, but if they keep this up with the remainder of the generation and into the next, I could easily see it

There are more and more multiplats so Sony know they had to step up. 6th gen was the warning signs. 7th gen was the reality and 8th gen was where you HAD to have your own 1st party games to stand and survive.

I hope Spiderman and death stranding follow this trend

Yeah Sony’s first party games have been doing amazing this gen. Helps that they’re actually good. The Last of Us’s number was the combined PS3/PS4 sales though, so let’s say the PS4 version sold about half, which is still amazing. Uncharted’s definitely at 10m by now.

I would've expect them to confirm it, if it was the actual case.

Is last of us' numbers PS4 only? That's incredibly huge for a remaster