So, if you haven't heard, the Kingdom of Saudi Arabia has reacted with fury to a tweet criticizing them by Canadian officials. 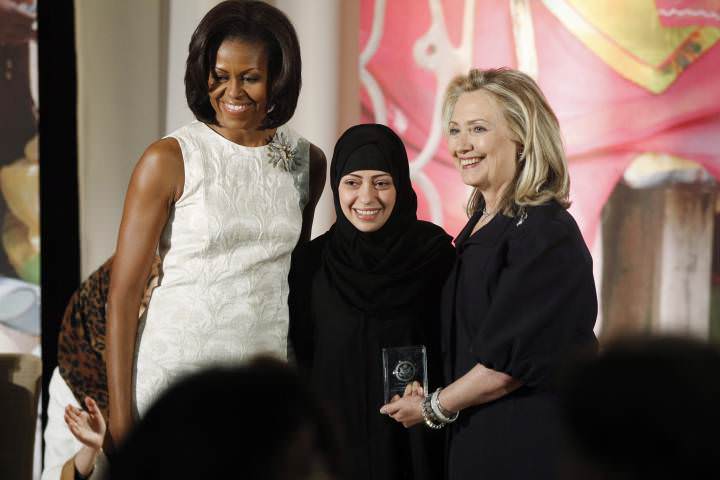 The row between the two nations is primarily over the arrest of this woman, Samar Badawi, a prominent civil rights activist with Canadian ties, pictured here as an eerily floating head between ex-WNBA star Michelle Obama and some random grandma. Ms. Badawi has been involved in protesting a wide range of outrageous Saudi laws, including male guardianship (which prohibits a woman from travel or marriage without male permission), a prohibition on female drivers, and a ban on women voting for the Teen Choice Awards.

In case you didn't see it already, this is the infamous tweet sent out by Canadian officials, in response to the arrest of Ms. Badawi, causing Saudi officials to shake in their boots and quake with rage. Clearly unforgivable words and worthy of strong retaliation. 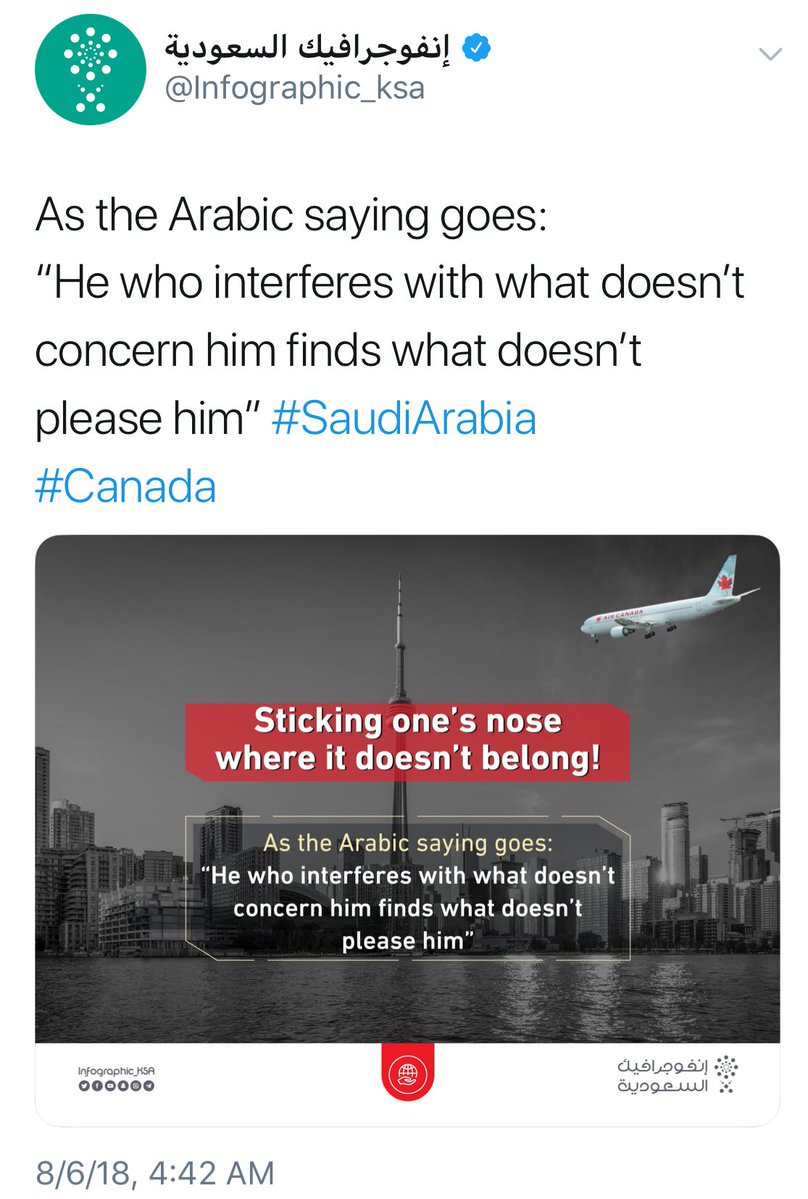 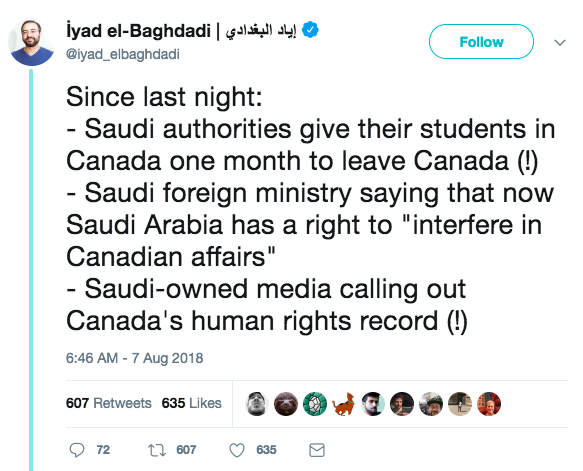 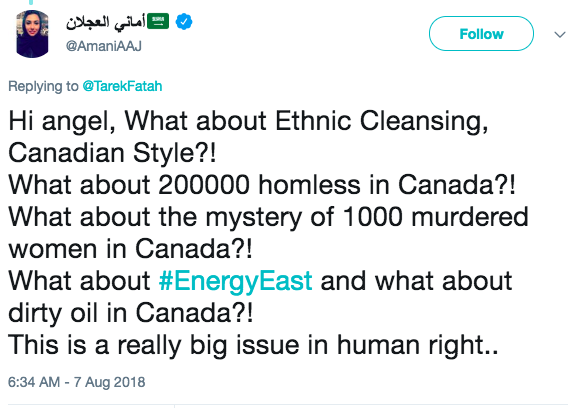 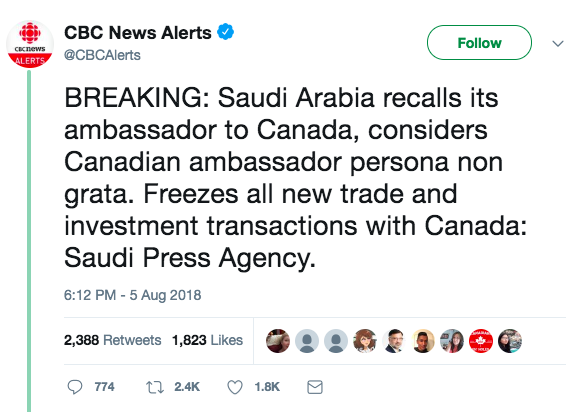 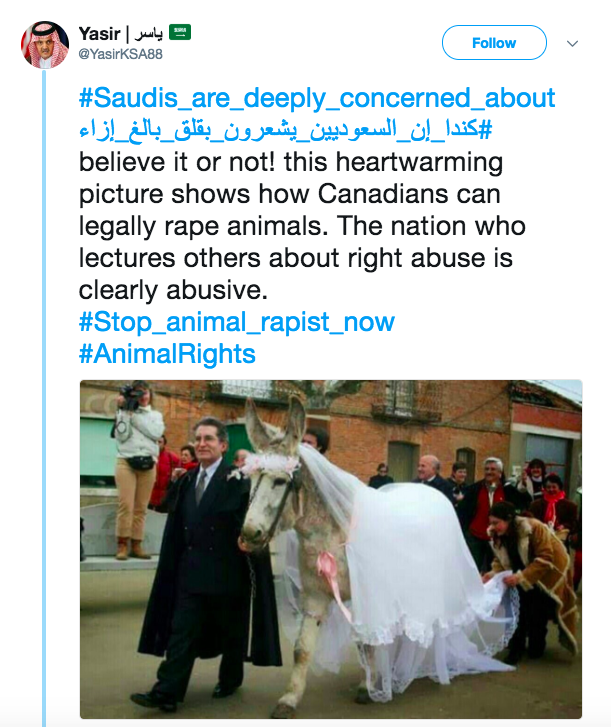 Sorry for the lame layout copied it from different sources.

So considering Saudi Arabia is now the chair of human rights when is the world going to do something about Canada?

Lol Metro feminists vs the inbreds. Round 1..... Fight!

eh, sounds like another dumb twitter fight to me. The world would be such a better place if it just didn't exist!

What would the media use as a source then?

Tried to delete then it deleted some text+ pics.

I Gave up on the layout.

This is why I seldomly make threads anymore. "rn" just randomly appears and all the paragraphs magically get 40 line margins between each other when I post.

I have to agree why is the rest of the world staying silent....

Did some Saudi Arabia institution or official really use that picture of a plane facing a tower?

In any case, I don't see that canadian message as something big enough to warrant this kind of reaction, but Saudi Arabia isn't known for its open minded and peaceful government, and it's only because of the oil it has that the world looks elsewhere.

Not surprising since they are moderates and all. I hope Trump stays out of it and perhaps Canada can see the value of having a military.