Forums - Nintendo Discussion - Storm knocked out my power last night, but the Switch keeps on gaming

A very bad storm (loud thunder, violent wind, rain) came through the area where I live yesterday.  It wasn't very long, but it was so bad that a huge tree branch broke off the tree behind my garage and laid over the top of my garage and into my driveway (almost hitting my mother-in-law's jeep).  The power in my house flickered on and off at several points.  And at one point, the power went out completely.  I plucked my Nintendo Switch out of the dock, laid back on the couch and proceeded gaming.  While doing so, the thought came into my head of all the people who say that Nintendo Switch's portability has "zero" value to them, and they would never use it under any circumstances.  I have an Xbox One, but in a power outage, it's as dead as my TV, lights, and everything else that requires to fed by the power lines.  I've also heard people say that the crossplay between the PS4 and Vita is the same experience that the Switch provides.  But to my knowledge, the PS4 would have to be running at all times, and the Vita would have to be connected to WiFi for that to work.  There's no WiFi in the parking lot at work where I take my lunch breaks.  There's no WiFi in the park where my wife and I walk our dog.  And in a power outage, the PS4 wouldn't be running at all.  Yet, I was able to continue the same game I was playing yesterday in all 3 of those scenarios on the Switch.

I just thought I'd share this since I've seen numerous people say that even if they bought a Switch, they would never remove it from the dock.  If my power were out for a day or more, I would be able to continue my console gaming in portable mode for up to 5 hours a day (recharging at work) until power was restored.  Something I couldn't do with anything other than a solely portable/mobile platform.

(I'm sure someone will chime in that they power there house with a gas generator during power outages, but I would venture a guess that they would be representative of a minority of the 120 million PS4/Xbox One owners)

This is actually a huge benefit to gaming on my Switch that I have utilized more than once. I never seem to remember to bring it up in the debates on portablility however lol.

So yeah, I second this. During a power outage, the Switch lets you continue gaming for at least 3 hours. Having certain charging accessories can extend that quite a bit as well.

About a year ago... we had a power outage that lasted like 4 minuets and then power was back on.
Before that? I cant even remember. Its gotta have been like atleast 7years or more without a power outage.

4minuets once every 8+ years (in my case).... I wouldnt call it a huge benefit atleast.

If the power goes out I have other things I am worried. Gaming is way down on the list.

Incredible - handheld doing what it's supposed to do.

Last time I experienced a power outage must have been over 10 years ago.
Though there was a bad thunderstorm recently where I didn't want to turn on devices connected to the power outlet, so I used my phone instead. 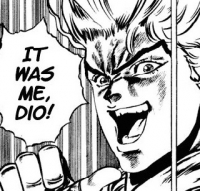 Recently our power blinked out for a minute while I was playing my Switch in docked mode. Hadn't saved for a bit so I could have lost a good chunk of progress. Instead I just popped it out of the dock, did a safety save, and continued playing.

Our power randomly cuts out pretty frequently, even when the weather is mild, so it is actually pretty nice to know I'm not going to suddenly lose an hour of my time in a game just because the wind blew a bit too hard.

That portability is still great though. Playing in bed is comfy!

Helps pass the time during the wait for the power to come back at least.

Phone as a power outlet?

you and me must live in the same area because i had a very similar experience. my power wasnt knocked out but it did surge for a few seconds, causing everything electric to power off, except for my Nintendo Switch which has its own internet power supply. i could have been in a long gaming session, not having saved for hours, and then completely lost all that progress, but with the Switch i just picked it up and kept going.