So since no one has done one that I can see, and this is our last chance before they probably reveal some more in the direct, let's do a character prediction thread! We have the advantage that we don't have to think about returning or cut characters, everyone's here, so that part's easy. However, we already have 10 additions over Smash 4 announced, and we've been warned we won't be getting many more. We probably will get some though, just not many. If we get 5 more characters from now until release, that would be 15 characters added over Smash 4, or about as many as were added between 64 and Melee, more than between Melee and Brawl, and almost as many as between Brawl and Smash 4, so 5 seems fair no? I'm sure we all have our characters we want but know probably won't get in, so list your top 5 most wanted, and in a separate list, the 5 you think are most likely, and if you feel like it, why you want/think they'll be in, any runners up, etc.

Edit: So a lot of us had a good day today, I'd say. We got 5 characters, and it sounds like there will be more. Plus you got to figure there will be DLC characters too! New rule: Go wild, predict whatever you want, because apparently Daddy Sakurai will deliver! At this rate, I'd bet we have 3 more characters not counting echos, not counting DLC. Sakurai seems to be using Echos to pack in as many extra characters that people wanted as he can. I could see there being a few more echos yet as well. And I think we'll get DLC again because Nintendo likes money, and I'll bet since Sakurai did DLC characters before, he'll do them again, so keep that in mind.

Last edited by HylianSwordsman - on 08 August 2018

Honestly there's not too many that I want, save for some obscure characters. There are just so many characters in the game already that it's hard to think of more without really scraping the barrel. That being said...

Spring Man- Arms will almost certainly get a rep, and Spring Man is the most likely. I prefer Min Min myself. But, they also may go the Bowser Jr route, and give different skins for different characters.
Pyra/Mithra- Another seemingly likely choice. I'd guess we're more likely to get a Rex/Pyra combo, but honestly I feel like Rex is kind of boring.
Decidueye- They usually have a rep from the most recent Pokemon game, and Decidueye seems to be the stand out.
Ms. Pac Man- She's like the original echo character. How can she not an echo fighter?
Chibi Robo- The Chibi Robo Franchise never really caught on, but it's still probably the biggest Nintendo franchise I can think of without representation.

Edit: I'll post an actual most likely list that I think may happen instead of the original joking meme-ish one I posted, lol.

1) Simon Belmont - Confirmed already, but I would have put him on this list anyway

2) Spring Man/Some ARMS Fighter - I think it's obvious ARMS will get some sort of fighter into the game. It's one of Nintendo's big IP's now, just like how they put Splatoon characters into it. I think it's probably gonna be Spring Man though, or maybe they'll have someone like Ribbon Girl be an echo fighter with him.

3) Sora - I actually think this one could be pretty likely after how Cloud got put into Smash years ago. The character has history on Nintendo platforms as well.

Last edited by FloatingWaffles - on 08 August 2018

Wanted:
1. Dixie Kong-She just deserves it. Only two DK reps, and I always liked her better than Diddy.
2. Geno-I don't care what anyone says, that's he's become irrelevant or that Square Enix would never let it happen, I want him. We got Cloud, why wouldn't SE let us have Geno?
3. K.Rool-He's the only big bad in DK that I actually find interesting, and while I want Dixie more, DK deserves both her and K.Rool
4. Banjo and Kazooie- The bear and bird were a huge part of Nintendo history and Microsoft is open to it.
5. Simon Belmont-Smash's collection of gaming history iconicness just doesn't feel complete without him. Plus his main weapon is unique for the series and his side weapons work well for making a Smash moveset, he'd be fun to play for sure.

Predicted:
1. Spring Man-This is Nintendo's last chance to plug Arms with Smash representation for a while, and Springman is kind of the poster boy for the series
2. Dixie Kong- As I understand it, work was done on her in the past, and with Tropical Freeze making her newly relevant, I think she could get in.
3. Shadow the Hedgehog (Sonic Echo)-They didn't show him as a returning assist trophy, and he'd be pretty easy to make into an Echo. A unique B move or two, unique final Smash, and make his run animations roller blades, otherwise he's just Sonic. I'd rather have Knuckles, but he's deconfirmed.
4. Dark Samus (Samus Echo)-Similar logic to Shadow here, her assist trophy hasn't been shown as returning to my knowledge, and this would be pretty easy to do.
5. Rex and Pyra-Similar logic to Spring Man, this is a recent character from an IP Nintendo wants to boost and this is Nintendo's last chance to do so for a while.

My most wanted and most likely are identical. 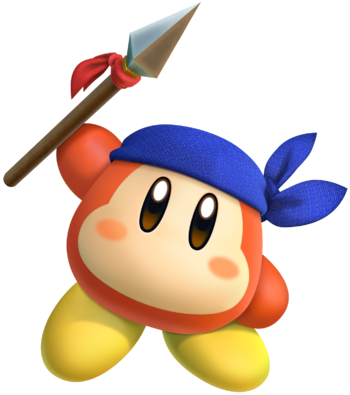 I am going to post all my predictions/hopes here (not just limited to characters) for this direct:

My first prediction is hard to explain. I believe one of two things will happen:
1) You will have every previous Smash game included.
OR
2) You will be able to use this complete cast on any previous version of Smash (in other words, the physics for every game are included and you can select, "Melee" and play Melee with this cast).

Travis Touchdown as a playable character.
Virtual Boy as a playable character.
Return of coin launcher.
Information on, "story mode" (hopefully a mode closer to Subspace Emissary).
The return of game demos but using different titles.
Every stage from every game (3DS as well) included.
New Amiibo.
No more Directs after this one for Smash but there will be something like a Dojo for the last three months leading up to release.
A, "test punch" at some point.