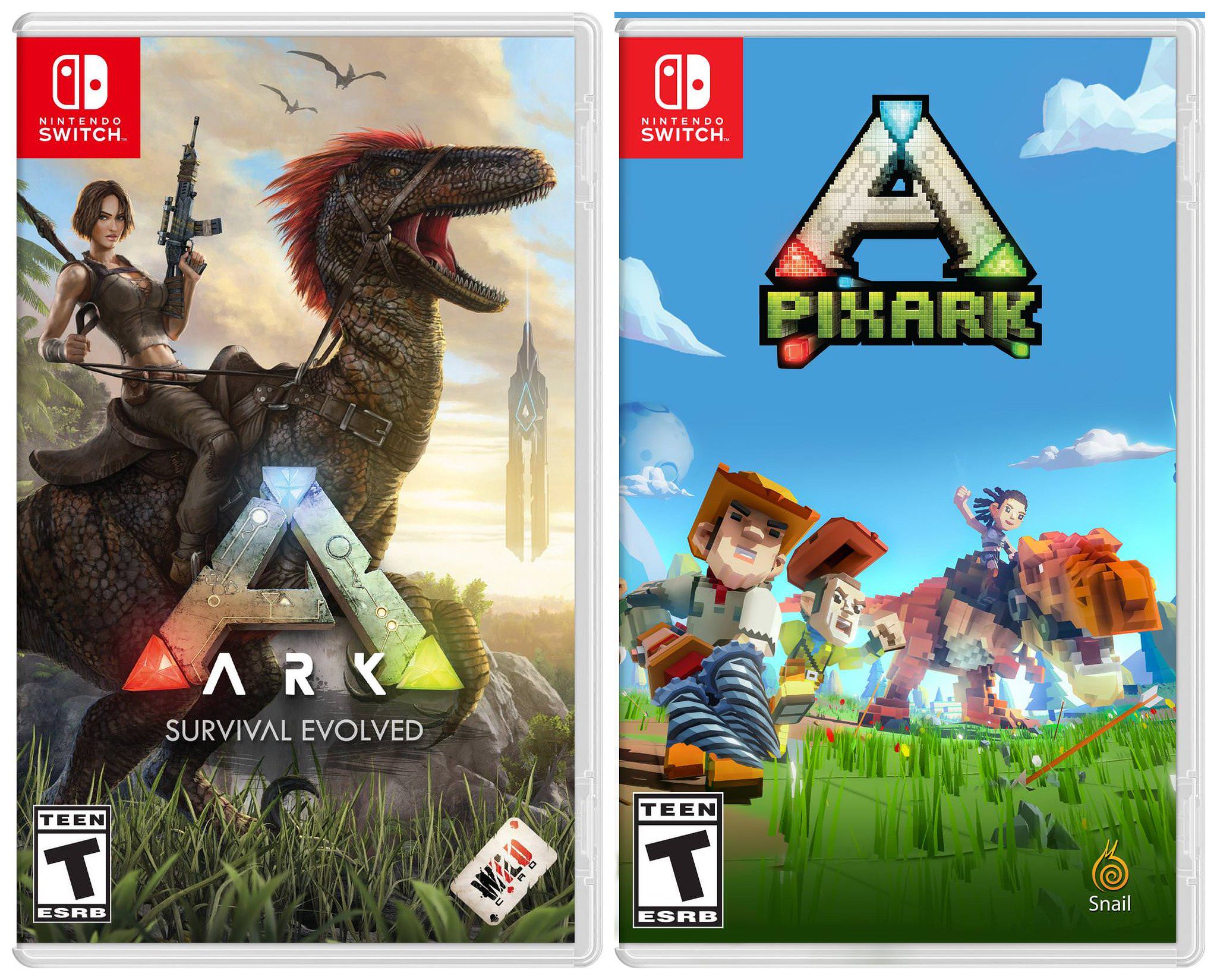 Solutions 2 GO has announced a pair of physical releases for Switch. ARK: Survival Evolved and PixARK will both be offered at retail.

Here’s more information about them:

ARK: Survival Evolved on Nintendo Switch now allows you to take your tribe anywhere – at home or on the go! ARK on Switch includes the complete contents and features of the original game, from the massive and mysterious ARK island, to the more than 100 prehistoric- and fantasy-inspired creatures such as the T-Rex, Giganotosaurus, Rock Drake and Reaper. Hundreds of hours of exploring, crafting, survival and combat await players as they go at it alone, or group up with thousands of other Survivors to explore the island and solve the mysteries of the ARK.

PixARK is a vast, wild world filled with vicious dinosaurs, magical creatures and endless adventure! To survive in this mysterious land, you must tame creatures both ferocious and cuddly, craft high tech and magical tools, and build your own base out of cubes.

One of the last games I'd ever of thought to see running on the Switch. I guess if there is a will there is a way. Switch has managed to become enough of a success to really attract third partys enough to bring their games even if it is weaker hardware. Still on the fence about ARK: Survival Evolved though, but this port does seem to have a lot more effort in it than Monster Hunter Generations Ultimate got. Did it release in Japan on PS4? I wonder how well it there if so.

I reeeally want to see how Ark Survival Evolved runs on the Switch. The game is one of these that seem to never exit Early Access, so how do you adjust that to the Switch?

Let's see its performance first before buying it, I heard it has a lot of performance issues on other platforms

That boxart for Ark is pretty. No release date yet?

Hmm, I always assumed they would come physical, it never crossed my mind these games could be digital only.

Both games look like they could appeal to me. Maybe PixARK a bit more.

Bah. I like dinosaurs too much. I feel like I shouldn't be interested in Ark since it feels unfinished in some ways. Yet here I am thinking about getting it.

Yeah I might just bite, even if it is a mediocre game.

Very excited for this, glad there doesn’t seem to be a mandatory download either for ARK.