Forums - Nintendo Discussion - Question for those who are playing through Octopath after having played Bravely Default.

I'm going to preface this by saying that my only turn based RPG experience prior to playing Bravely Default was the Pokemon series, Paper Mario series, Mario & Luigi series, South Park: The Stick of Truth, and Final Fantasy X and X-2. If the problems that I'm going to complain about are just endemic to classic JRPG design, then I apologize in advance.

I remember hearing all of the critical buzz for Bravely Default when it came out; I played the demo and really enjoyed it. Then I got the actual game and my opinion soured considerably. I hated the cast with Ringabel outright infuriating me, Anges and Tiz boring me to high hell, and much of the supporting cast coming off as creepy/perverted/annoying. I absolutely adored the combat system, but the dungeon design felt boring as sin, both mechanically and aesthetically, and every regular enemy encounter either went on too long costing an uncomfortable amount of magic/health/expensive ass restorative items if you don't have some specific class builds (should also mention I haven't play many class based RPGs prior), or ended with the enemies getting lucky crits which made me want to give up entirely.  I would like to mention that I gave up BEFORE the part that everyone says sucks (right after the fight with Braev, I just simply DID NOT feel like backtracking through the dungeon and then back through the overworld map to progress), so that certainly didn't fill me with enthusiasm to continue.

I would like to mention that I liked a lot of what the game has to offer. I also feel I should mention that I didn't hate it at first. It was a slow burn over several dozen hours. l absolutely adore the general combat system with the Brave and Default systems. The soundtrack's superb. I love the ability to set enemy encounter rates, even if you have to fight so often so as to stay properly leveled that it felt somewhat moot. I enjoy the general art and character design, even if the dungeon desperately left me wanting. The general plot itself and the world were interesting, but I disliked the characters too much to care all that much. I wanted to like the game so much, but I just couldn't bring myself to enjoy it.

So that brings me to now. I played and greatly enjoyed the demo to Octopath Traveler. It seems to be a rather similarly positive overall reception as Bravely Default. I like the art style and already love the combat system which admittedly seems to work rather similarly to BD. So for people who are playing this game, should I give it a look? I reeeeally don't want to get it and end up disliking it.

EDIT: I should stress that I am NOT saying that Bravely Default is a bad game. There's a major difference between a bad game and a game I don't like.

I honestly have the same fear right now, which is why I'm still waiting on the game. Seeing people talk it up as a resurgence of old-school JRPGs, having a great demo, and bragging mostly about the artstyle and combat gives me pretty bad Bravely PTSD. Yeah I know it's a different team and all...but I'm still hesitant about making the same mistake three times (yeah I decided to try Second too...was better than the first but not by much).

Still...I'm not completely attached to my bias...if people start completing the game and still feel the same positivity, I'll probably give it a shot. Though with my RPG backlog this year...I'm not really in a hurry either.

I'm not exactly in a hurry, while definitely not last year, I've a decent backlog for the rest of the year, not to mention I'm just off the back of Nier: Automata and am doing New Game+ in Persona 5, and am currently awaiting the Xenoblade 2 DLC campaign. In other words I'm not at a dire need for JRPGs.

If I'm being perfectly honest, part of the reason I'm so interested in this, beyond the combat system and art style, is that I want more significant third party support on the Switch, but haven't actually done much towards that effect.  Of my 6 Switch games, only one is third party, and it's Shovel Knight. While Shovel Knight's great, I REALLY don't need to worry about Yacht Club's future games coming to Switch. Third parties like Square Enix, Ubisoft, Bethesda, etc., are much more of a concern.

You tried the demo and greatly enjoyed and you still are not convinced to get it? I don't know what to tell you. If you played through all the prologues in the demo and still greatly enjoy I don't see any reason why you shouldn't get the game. IF you are really feeling cautious than you can wait until people start finishing the game. People will be able to give you more accurate thoughts. That might take a week or two.

Thank you for opening this thread and asking this question. I played bravely default too and stopped playing the game at a similar point. The demo was great and even brought me to buy the game. I am curious of the comments of those who own both games.

It's not your job to keep third parties on the Switch. It's Nintendo's. And it's not your obligation to buy third party games. It's their job to make their games as compelling and unmissable as possible, if they are to expect sales.

That being said, buy Octopath. It's amazing.

I have my eye on the game, but a flaw that can turn into a really big problem and seems to be just kind of swept under the rug by reviewers or gamers is the grinding. Also, I don't know anything about the encounter rate but it looked kind of high relatively speaking from what I have seen in some gameplay. Can we control the encounter rate like in BD? Because that should be considered a make or break for many gamers not willing to go through a potential slog fest of a jrpg like the olden days. Does anybody know if there is at least an item or something that turns off the encounter rate? I am overall ok with random battles if the rate and necessity to grind is done half way decently. I have slogged through many old school jrpgs, but the ones with high encounter rates have always been a huge pain for the vast majority of JRPGs save for maybe a few FF games that did it right in terms of the rate and exp/gil reward rate per battle.

I have no desire to go back to that flawed game design to be honest; even if the story is great.

1) If you just go exploring every dungeons (not just the main ones, there's also extra ones to explore) then you shouldn't be in a position to go grind. Actually your protagonist will probably be overleveled if you try to do everything before going into the 2nd Chapters section of the game. Though you must be willing to deviate from the path , if you go into a linear fashion, then yeah, you'll probably grind for no more than an hour.

2) There's no direct mean to do that, but you can unlock a character skill that permits to heavily decrease the encounter rate. I won't tell you which one :P

Bravely Default also bored me to death and i really tried hard to like it, stopped playing right before awakening the fourth crystal.

Octopath looks better but i’m also hesitant, i’ll probably get it used or something but if it ends up being another borefest i’ll never give this branch of Square Enix another chance. 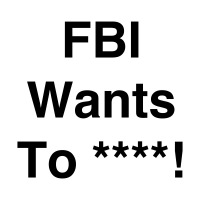 I think Bravely default is much bolder in what they set out to do from a design perspective. The music isn't the most original but gets the job done.

A lot of people might disagree with me but the characters are actually quite inventive considering the genre.