The nintendo switch launched last year at a beautiful price of $299. The system exploded with success with what is argued to be the best ZELDA game in years, and the best 3D mario game in years as well. Riddled with high quality Wii U ports like Mario Kart, Donkey Kong, and Bayonetta. The switch has become a true nexgen sequel to the amazing Wii.

Today we have a different environment than we did in 2015/2016 when the switch was being developed for the market. What I mean by that is that we now have APPLE going at the offense with an HD IPAD for just $329, and other tablet makers releasing big screens at 1080p PLUS resolutions for prices around $300 or less! What makes this an even bigger deal is the fact the android and ios marketplace have huge gaming ip, and one can argue a bigger gaming line up than what nintendo has for it's new gen system.

The deal is this. I have an iphone X, going from my IPHONE which has a near Six inch screen at almost 1200P HDR RESOLUTION, vs my switches 6.2 INCH 720P SCREEN is a pretty dramatic switch. The quality is really poor compared to my iphone's. To add, the games are running at 720P and lower resolutions, at times as low as 480P in the case of PS4 ports like Pixel Junk Monsters 2, and Crash Bandicoot, which look blurry and low resolution in portable mode. Nintendo need an update to their console.

Don't abandon the system, but release a console with smaller bezels, a slightly bigger screen, a higher resolution preferably 1080p on the go, and maybe 1440p or even 4K when docked for less graphic demanding ip(so maybe releasing a portable system closer to the strength of a ps4 but with switch graphics aka WII U level visuals). 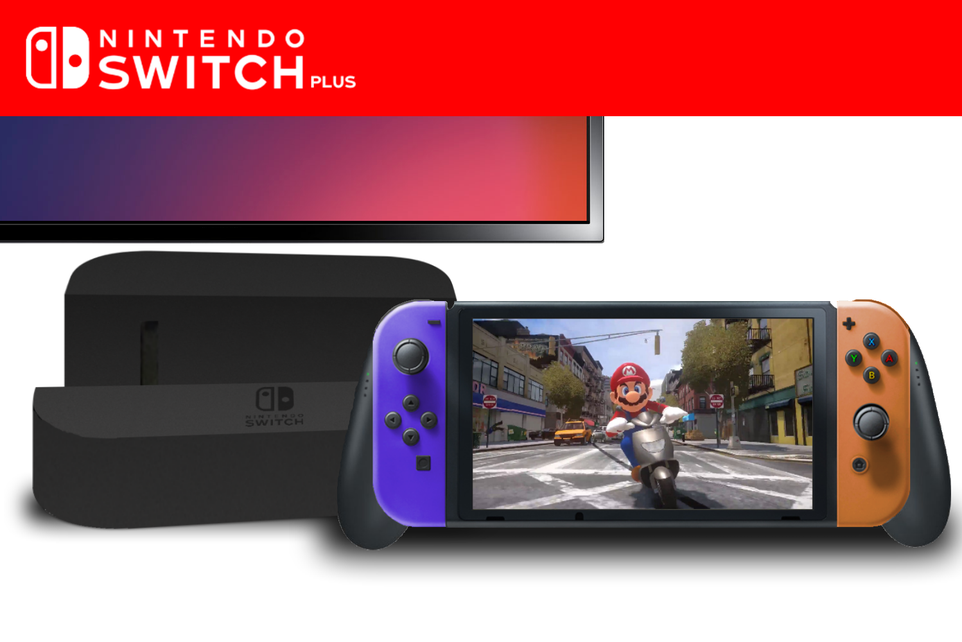 Eventually with smartphones and tablets continually improving in screen size and resolution, the switch is going to look very archaic shortly. Switch sales will be impacted by this in my opinion. One can say today's consoles are becoming to look archaic, in terms of graphic quality. Which is why sales of the PS4 PRO and XBOX ONE X are gradually eating away at the PS4/XBOX ONE base and taking over.

I love my switch, but going from my PS4 PRO to a switch, with the same game is a dramatic shift, and not only that, going from using my IPHONE X and IPAD all day to the switch feels like I'm going back half a decade in tech, due to how big the bezels are, how poor the screen resolution is, and how downgraded the visuals are compared to dock mode.

Well that was pure nonsense

Surely they do it but not before 2020. Take it out now or in 2019 it feels very early and the people who bought your console last year or this one do not take it very well.

On the other hand and I suppose it all depends on the point of view and experience of each person, but for someone like me who has become accustomed to using the 3ds, playing on the Switch is fascinating.

No one is comparing their smartphone to a Switch...

I do. Each time my cheap smartphone rings, I think "you aren't a Switch, you ugly thing!" and I don't answer.


J/k, I don't answer because I receive too many junk calls and now I hate every cellphone, both "smart" and dumb ones.

Yeah. Let's compare an overrated $1000 smartphone to a $300 gaming console shall we?

I'm pretty certain they'll release an improved version with either the Tegra X2 or a more custom chip in the future, but right now there is no need to rush - the Switch is selling very nicely as it is.

iPads and Switches cater to completely different markets. The annual release thing works fine for phones and tablets, but a dedicated game console, people still have the mind-set of "if a new one comes out too soon, I feel ripped off."

Erm, no. Not now. But are those side handlers in OP's picture a thing? THAT I would get right now