Forums - Politics Discussion - These things can be used in battle someday?

You control a robot though virtual reality its safer than actually going into a real war Now the US has an even higher upper hand in war? This cheating XD. 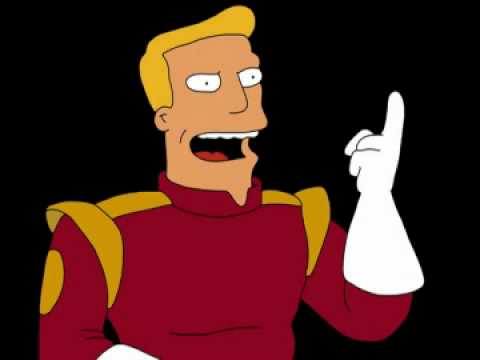 "You see, killbots have a preset kill limit. Knowing their weakness, I sent wave after wave of my own men at them until they reached their limit and shut down." - Captain Zap Brannigan

*dies*
*Spams "X" to skip killcam and respawn"
Soon to be Modern Warfare.

These robots will never be used. They will overheat, they will get wet, they can be disabled, they can be hacked. There will most definitely be input lag for the soldier controlling it; not like the soldier is going to be anywhere near the battlefield for a stable connection, he will be a trailer somewhere miles away completely safe from any threat.

Anyways, I really struggled to read what you're saying, might want to proof read your post so no one else will skip over this thread like I almost did.

Sure, maybe in a few hundred years when the technology becomes viable.

Does warfare even have a point when robots are fighting robots? It would be a lot cheaper to resolve disputes over a game of Halo, and there's less of a chance that a pissed off AI will decide to liberate a literal army from organic oppression.

Hmm. They'll need to advance robotics and relevant tech before it's good to go. They could just strap a bomb to a small drone thar works with a smart phone or vr helm/controller in the meantime.

What makes you think that robots won't be shooting/suicide bombing people?

They'll trick you with their cuteness, then when you have taken them home as a pet, KAAABOOM!

This technology will be viable for combat long before most people suspect. For telepathically controlled robots, probably the 2030s, and for AI controlled ones, the 2040s, before they'd be combat ready. The technology for the telepathically controlled ones exists today, it just is too rudimentary to use in combat. But the US military already has robots on the field, and intends to use them in combat, however it wants to keep a human in control of any weapons on an armed robot. Put two and two together, and it stands to reason that if the technology exists to control robots with your mind, and the military wants them in combat but controlled by a human, then it won't be long until human soldiers are controlling robot ones remotely. This will continue until AI is advanced enough that the human in the picture becomes obsolete. But it's not robots fighting robots until more nations have them. The US has the military budget that it could go robotic toe to robotic toe with small nations that have to buy robots from larger ones until they run out of money for robots and then their human military gets massacred, leaving behind a defenseless nation with a destroyed economy. The expense of it all means either a nation falls immediately if it can't afford robots, or has its economy tanked and then falls immediately. Of course, this changes if the other country also has a huge military budget like Russia, or is funded by such a country in a proxy war.

Once it gets to that point, or if it gets to the point that all nations develop robots and everything is robots vs robots, even then it's hard to say. There was a Star Trek episode where two neighboring planets had virtual nuclear wars where virtual nukes were launched and anyone virtually hit by a virtual nuke had to report to a disintegrater to die in real life, to prevent the loss of infrastructure and environment from a real nuclear war. But when Kirk's crew is told they have to die, they refuse because they won't recognize the local interplanetary laws that virtual nukes require real death, and it nearly starts a real nuclear war. It would certainly be cheaper to resolve disputes over simulations rather than actual war, but if anyone cared about that, wouldn't we be doing it already? Why didn't medieval kings and lords just play chess to decide disputes? Because if compromise could come from honoring the results of a game, then long before we turned to a game we'd just turn to normal diplomacy.

War happens because diplomacy breaks down, and ultimately such disputes are not about human life and aren't fought by people who care that much about human life. They're purely economical, and diplomacy already takes into account who would win or lose a war over a matter. It's the reason anyone uses diplomacy at all, to avoid the expense of war. If diplomacy can't solve it, it's because one side sees more benefit in a costly war than in a diplomatic compromise. You'd never get people to honor the results of a game, and even if you did, all it would take is one party deciding they don't like the results and a war would result. As for AI uprisings, that would be another reason to just stick to the mind-controlled robots.