to be honest, i don't believe it after seeing the talk about FFVIIR for switch... 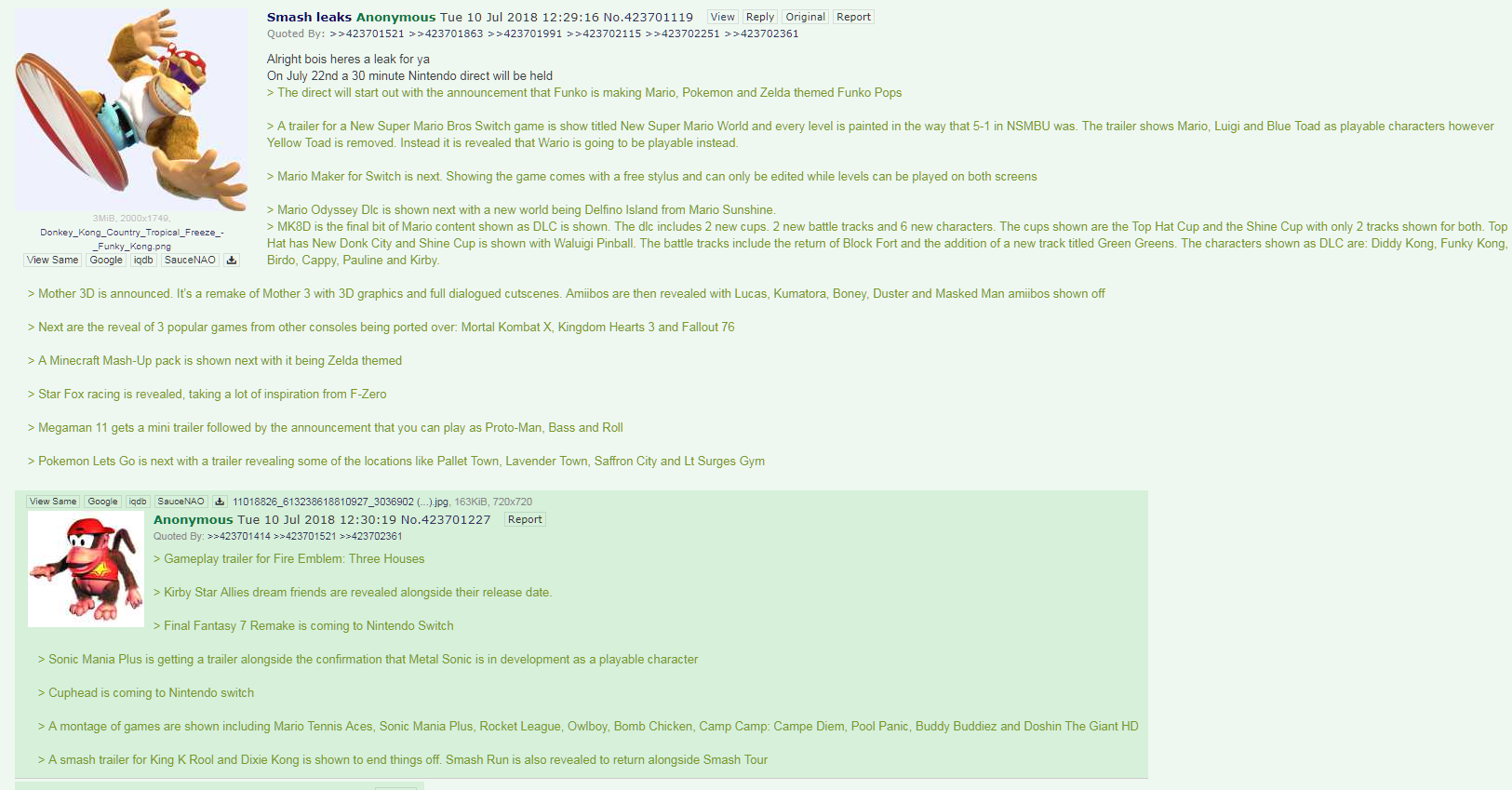 Has Nintendo even ever shown this many new games in a direct before?

All in barely over a month since it was E3 in which they decided not to show ANY of this there? All also in a single direct?

I don't believe it, but we'll see I guess.

This deserves no other answer than nope

This direct would be a total overkill. No chance that this is true.

4Chan "leaks" should always be taken with a pinch of salt.

The supposed games that are to be shown there are so much of a poridy that I dont bel;ieve someone can beleve this.

no way. First too soon. they will probably do a direct in august or early september to go along the online service launch. And I dont see them doing two direct, one for the online service and one for games the same 2 months window. So, next direct weill be at least 25% just online service. Microsoft wont let cuphead going to another plat because of their lack of exclusive.