It’s been three years since we’ve seen anything from Square Enix regarding its episodic remake of Final Fantasy VII. The game was a no-show again at E3 this year, but it remains in development, according to Tetsuya Nomura, who has a hand in the title along with directingKingdom Hearts III. “We are developing [Final Fantasy VII] in parallel, and it’s not just in the early concept stages,” he tells The Verge. “We are actually in development.” 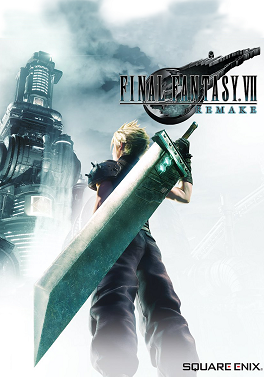 Square Enix is such a fucking big joke at this point, always making the same miatakes they never learn from them, they fucked Nomura this way too with FF 15.

Also if the game is um full devlpmwnt why not show US like a 1 minute Small trailer? After year making the fans waiting thy dont even show a fucking picture...

Maybe it will only take 13 years to develop like Kingdom Hearts 3.

You know, I have to admit, as an outsider looking in ... I don't know. There's kind of a ... beautiful mystique ... behind Square Enix's madness. Like, I'm not even into their games, but just knowing they are pouring so much talent and money into these large huge projects that take years and multiple delays is kind of oddly intriguing. You know when these launch they'll be some of the most hyped games. Perhaps even some of the most polished from a gameplay and graphics perspective.

Well I just hope with the release of KH3 early next year that Nomura can solely focus on FF7 Remake now and at least get Episode 1 out asap so we know that they're actually serious about it.

Capcom did it right with Resident Evil 2 remake. Showed the actual gameplay and a release date within 8 months! Square needs to learn from this.

Square Enix is extremely ambitious. They spent many generations setting the bar from a game and tech perspective and that fire hasnt burnt out in todays time.

Hold on a second... it's been THREE YEARS since the last trailer?! (Well, PSX 2015)... dear lord it honestly doesn't feel like that long ago, where has this gen gone?!

I'm sure one Kindgom Hearts 3 is out though we'll be hearing more about Final Fantasy VII Remake and there will most likely be a lot more people working on it too. Although at this point I'm wondering if it's gonna' be a next gen game... I sort of hope it is so they can work it all into one game rather than making it episodic.

"some men just want to watch the world burn"

RE2 Remake was announced in 2015. Then CAPCOM went totally silent about the game untill a few days ago, which is why I dont necessarily blame you for forgetting that.