Forums - Nintendo Discussion - Nintendo E3 2018 Bingo! Let's see what we can get right!

With E3 right around the corner, it's time to once again bring up the old Bingo machine. Let's see how right or wrong we are.

Here I leave you a template for your lists. 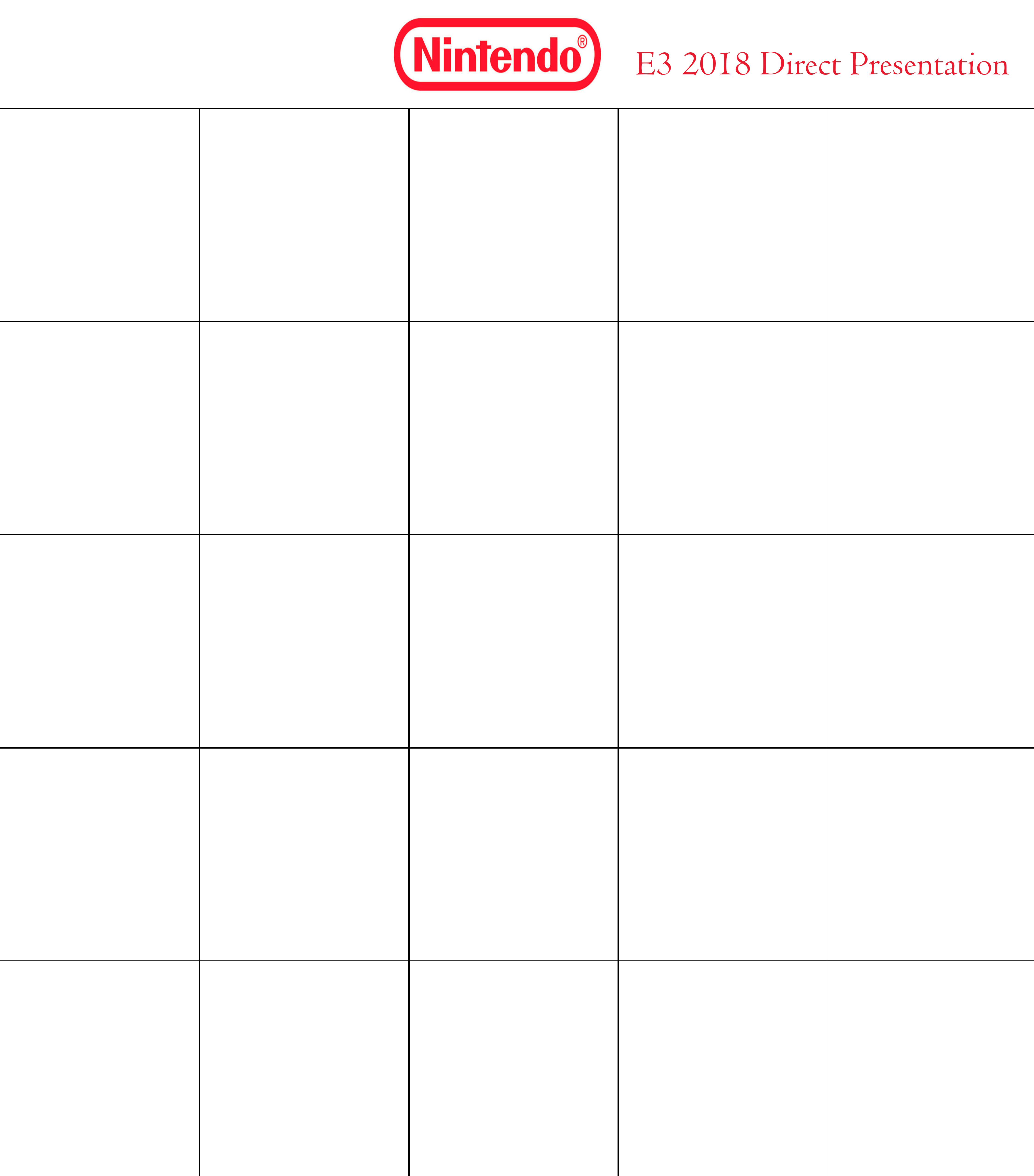 Last edited by Darwinianevolution - on 03 June 2018

Reserved for my prediction. From most probable to least. 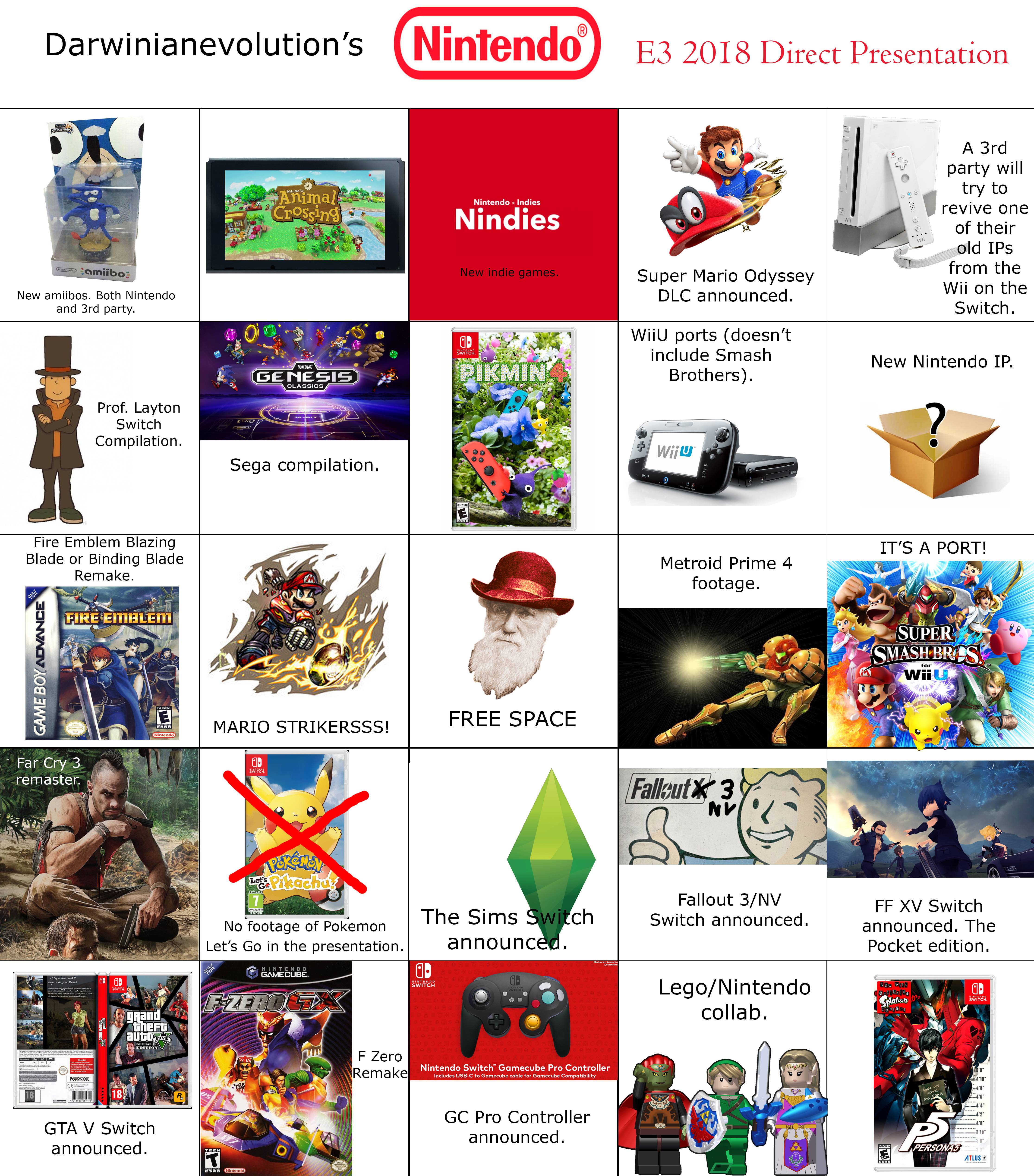 Last edited by Darwinianevolution - on 03 June 2018 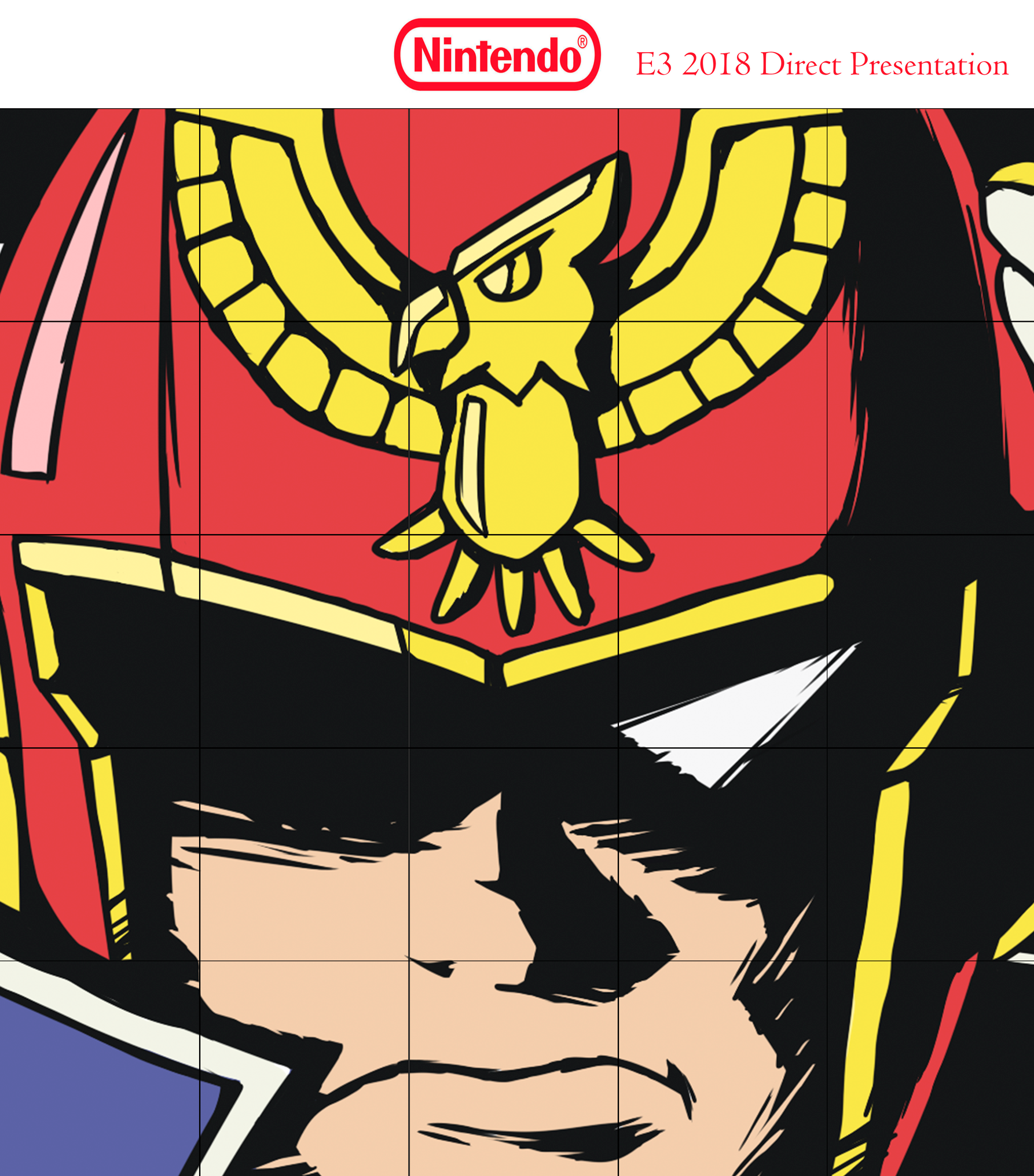 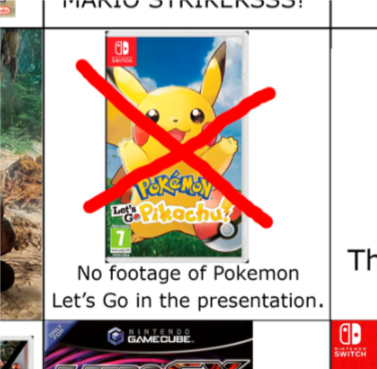 Bold move. You win automatically if it's announced. Well, unless it's the last announcement, then someone else could potentially win.

My dream announcements are Kid Icarus Uprising 2 and Luigi's Mansion 3 but the chances that any of them will happen are pretty low ;_;

edit : Never mind, i foud how to show the image... 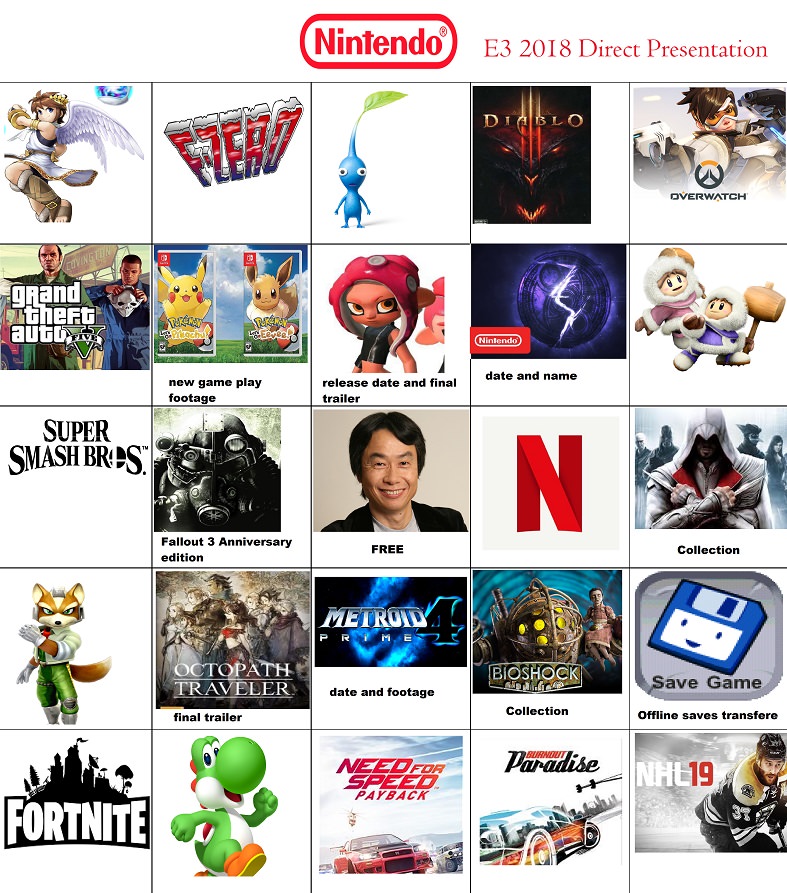 Those games are for the casual market, there's a bigger chance to see the 2019 Pokemon games on E3 than the Let's Go ones.

I'll go with Smash is not a port. That is all.