Forums - Sony Discussion - The lack of arcade racers is an eyesore.

its been 4 and half years. and I have to say, the lack of kart racers, arcade racers and any sort of non-sim racing game is quite the eyesore for the system atm.

lacking multiplayer shooters and games in general is fine. third parties cover that. third parties have not covered the arcade racing genre since the generation started. switch has MK and xbox gets horizon and I know microsoft is kind of crap on other parts of exclusives atm but they got forza and its a great arcade racer.

but Sony went from making many arcade racers to none. I mean I don't think and never heard that they bombed commercially. they just stopped making them. like we have the upcoming Team Sonic Racing but man thats way late. where is a new wipeout? modnation? motorstorm? jet moto?. and other games that could be made for PS4.

you have 80 million consoles out there. put out a single arcade racer whatever it is for crying outloud.

I don't think we went one year without an arcade racer last gen and now 5 years and none.

Well Xbox has forza horizon. There’s of course the exceptional Mario kart 8/deluxe. Burnout paradise just released last month and hopefully a new one is being secretly developed. Then there’s gravel which is quite underrated in my opinion. And onrush from codemasters which is looking fantastic is coming out soon. And there’s the rumored ridge racer 8 switch exclusive. So there’s improvement starting to show.

To be honest, I couldn't care less about that genre but to each their own. I think there's not much of a demand for them on playstation consoles from what I've seen except for the sim ones.

On a serious note maybe there's a chance of Crash Team Racing remake to come out. Or maybe some people will make arcade racers in Dreams.

This day and age really surprises me how we are all connected using the internet, but also at the same time don't know anything and years go by without being the wiser. It's true that they're no other kart racing game quite like MarioKart on the market right now. Look at sales since it released and what it has sold on. The game has outsold the PS4 on a dying system, but publishers, developers, and even you VGChartz forum dwellers can't seem understand the power of a good kart racer. 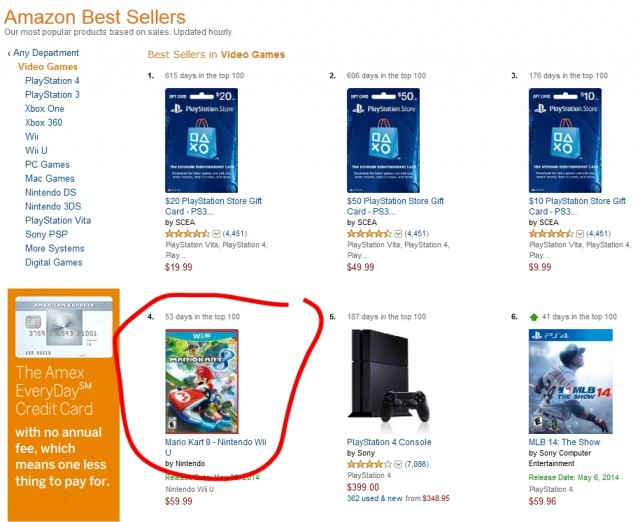 a good arcade racer especially a kart racer is an instant buy to casuals and non casuals when they get a console.

Not really there is a fair amount of them and The Crew 2 is being released pretty soon. Also Horizon is more of a simcade racer then arcade racer since you can upgrade and tune all the cars. You can also do that in the Crew but the overall handling of the cars is more arcady then the cars in Horizon plus they way you obtain parts and upgrades is more arcady.

the crew is online only. and its not a  very good game.

I played it a fair amount and its a decent game.  Its definitely slightly better then all the recent Need For Speed games.   That being said with Horizon 4 around the corner I will pass on the Crew 2 and buy it when its very cheap.