Having spent a lot of time Zelda, Xenoblade 2 and Mario, I find it hard to  find something to play on Switch that avoid being:

- A mainly online game (I won't be subscribing)

The next game I am really awaiting on Switch is Octopath Traveler. Have I missed a released game that avoid the criteria above?

This first half of the year is good for Switch owners that did not have a Wii U but bad for the rest.

E3 is coming. So your question will be answered there

I'm playing many indie games on it. That's not a complaint by the way, some of them were great and cost much less than $60.

Buy Celeste and Kamiko now! Or else!

Blaster Master Zero is another fantastic game! About to finish Penny-Punching Princess and about to start the Octo Expansion for Splatoon 2.

i agree, it is getting kind of dry and being carried by indies. Hopefully E3 makes sure we have a killer second half. I mean, there are a ton of games being released each week, which is a far cry from the Wii U, but there aren't a ton of them that interest me or seem to be of high quality.

Wait till E3 I guess. Pretty bad situation. Shouldnt have to wait like that but there it is.

Second half of 2018 is looking very promising already for me at least so E3 will only make things look even better.

Oh man, I'm feeling the opposite. We're getting drowned in indie titles, and I want to try so many of them!

But if you're burned out on indies, I feel your pain :(

Honestly why are you surprised? Given Nintendo's recent track record with third party sales, and the specs of the Switch It's pretty obvious that the Switch wasn't going to get good third party support.

And when it comes to Nintendo, it's impossible to have them pump out more then 2-3 big games a year.

I'm almost forcing myself to play on it every so often, just to get my moneys worth from what I've got invested with it. Not even able to add up a couple hours a week on it recently. I just play Two games on it when I turn it on. I turn on Urban Trials Playground to check my world record speedrun time in the very last in game track "Late 2 Gate". 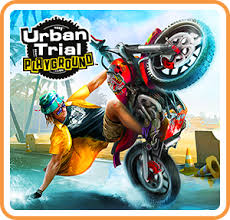 Also to load up and play a game of pinball with the free game of Pinball I bought a DLC table (of Dr. Who, Masters of Time) for $4.99. Otherwise the free version only has one table in it (Meyer's Frankenstein). 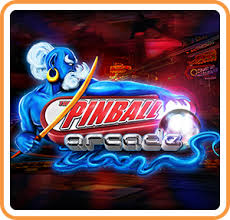