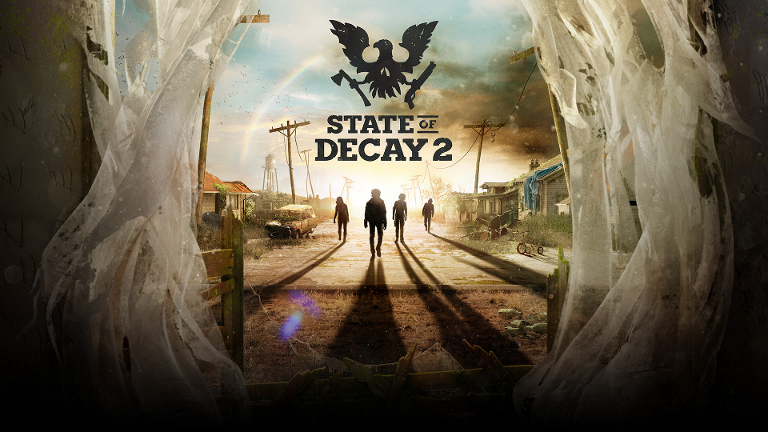 State of Decay 2’s zombie-infested maps are good places to scavenge, fight, and survive in. Combat is satisfyingly brutal and the special zombies inspire some real fear of permanent death, even though the Blood Plague turns out to be more of a sniffle. But the bugs are just as persistent as the zombies, and after a dozen or so hours the repetition of both eventually take their toll, making the appeal of replaying feel more limited than I’d expected for a sandbox RPG.

If you walked away from the original game feeling flustered from the constant micromanagement of everything, State of Decay 2 isn't going to change your mind. All of those aspects return and in many cases are made deeper. For a game to do so much at once you'd reasonably expect more bumps in the road than how few are found here. Story, voice work, and animations are all still goofy, but throw in co-op multiplayer, better endgame content, and more reasons to replay it, and State of Decay 2 is the type of game with which certain players will fall in love. There's always something to do and in a classically sim style, it's hard to know when to stop. It's the most realistic zombie apocalypse simulation in the world and that's a beautiful thing.

It’s worth restating here that State of Decay is fundamentally a game about filling up resource bars, and I can foresee a time when I get bored of that. But the size of the world and the endless characters to encounter keep things fresh, and I’m already planning how to do more efficient playthroughs. Life after the apocalypse can’t go on forever, but it can be fun while it lasts.

The basic ideas behind State Of Decay are still perfectly sound and it’s true that you can have a lot of fun with this sequel. The problem is that almost all of that fun comes from laughing and pointing at how broken it is. That may seem almost cruel but ultimately the last laugh is on you, the player.

State of Decay 2 is a poor return on the scruffy promise of its predecessor, which topped Xbox Live Arcade charts largely, I suspect, for its resemblance to DayZ. It tantalises with the thought of raggedy everyday heroes pooling their myriad talents to survive, only to quantify and busywork all that out of existence. Its resource and scavenging elements are as suffocating as its social elements are underplayed. It's saying quite a lot that the bugs, in the end, are the things I remember most strongly about it - accidental windows upon an experience that is less sluggish and dreary and, well, less of a zombie.

Ultimately, my overwhelming feeling with State of Decay 2 is of disappointment. The idea that individual members of the community can grow to become legends is an exciting idea, but at present feels unfulfilled. The co-op could add another level and to a certain extent it does, but a game should stand on its own as a single-player experience also. In the first game there were some mild story beats that kept the game play moving forward and having some meaning, but here these seem to have been eradicated in favour of the sole goal of creating a legacy, and that makes the core game play loop feel repetitive and aimless. That loop is then further compounded by the incessant demands that require your specific intervention, and glitches which are significantly impacting my ability to progress. There is still ambition in State of Decay 2, and there is certainly something that could keep players coming back, however it currently feels like a game that is still brimming with the potential of the first one, but at best is as unpolished as that one and at worst unfinished.

Out of the three MS games this year, (Sea of Thieves, State of Decay 2, Crackdown 3), this is the one I thought had the best chance of being well received.

Well it's higher than SoT at least. Maybe Crackdown 3 will review better.... maybe....

"...although there’s a very competent core loop and entertaining resource management sim somewhere within State of Decay 2, it’s really, really, broken. Unacceptably so. It frustrated me mightily to see a flash of a game I wanted to play, only to be immediately reminded that it’s not ready for release. "

"it’s true that you can have a lot of fun with this sequel. The problem is that almost all of that fun comes from laughing and pointing at how broken it is."

Another one that lacked polish before releaseing....
Why doesnt MS give their devs some time to launch games in a better state than this?

I watched itmejp review of this yesterday. I have no real clue how to score it. It sounds like the multiplayer is a huge disaster deserving of the lowest scores possible.

It also sounds like the single player is done real well and deserved good scores.

I guess it's safe to say Microsoft's first parties are in a... State of Decay.

Most of the high reviews are from really "pro-xbox" websites too.

The original scored in the 70’s as well and is my favorite zombie game ever. Ultimate Edition unlocks for me tonight :)

they gave them 5 years in fairness. you could of course argue that they could have given them another three months or so, but it's still no guarantee. some games never run that well no matter how long the devs have to patch it. the first game was a good example of this. I played the XB1 version - ported from the 360, graphically poor and it still ran badly. Undead Labs are perhaps just a studio that really struggles with the technical side of things. they need to rehire in that part of the studio

Ugh, Eurogamer gave it a "Avoid"

Jesus only a 68 on open critic. Microsofts rough patch continues. I know someone already made the reference in this thread but they truly are in a state of decay. Sounds like another broken game that should never have released in this state.