Forums - Gaming Discussion - What are your most wanted announcements at the Ubisoft E3 Press Conference?

My other E3 Most Anticipated Announcement threads

Welcome to part 5 of a planned series of these most wanted E3 announcement threads. I'm planning to do one a day, in chronological order of the press conferences (EA > MS > Bethesda > Square > Ubisoft > Sony > Nintendo).

Ubisoft is doing something new at E3 this year. They have invited a skilled player from each of the main franchises' gaming communities to represent those games at E3, presumably by playing them in on-stage demos.

1. Blood Dragon 2 with Blood Dragon spun-off into it's own IP. Status- Unlikely. I have wanted a sequel to Blood Dragon ever since the standalone DLC for Far Cry 3 released in 2013. The quirky mix of 80's Action movie references, Far Cry gameplay, and synth music was right up my alley. Unfortunately, despite being the fastest selling digital only title in Ubisoft history, and in spite of Blood Dragon 2 being listed in the official Far Cry setting survey a few years ago, a sequel has yet to release. The closest we got was a poorly thought out and executed crossover between Blood Dragon and Trials. Recently however, there were some Blood Dragon themed missions in Far Cry 5, which made me somewhat hopeful that Ubisoft had future plans for the franchise. However, seeing as it has been absent from all E3 leaks so far, I'm not expecting a sequel to be announced this year.

3. Child of Light 2. Status- Possible. Child of Light released in 2014 as part of an experiment by Ubisoft to try their hand at smaller, indie sized games. It was a sales and critical success, with Ubisoft revealing that it sold well enough to warrant a sequel and hinting that one was in development back in 2015. 3 years later however, a sequel has yet to be released. If one is not announced at E3 this year, the sequel was most likely cancelled at some point.

4. Watch Dogs 3.Status- Possible. Watch Dogs 3 is known to be in development, with a teased London setting, but we don't know for sure if it will be at E3. Ubisoft suggested they had an unannounced AAA releasing this Holiday in a financial report not long ago which could be Watch Dogs 3. Ubisoft's beta digital assistant Sam had a programmed response about Watch Dogs 3 that hinted that development on it was further along than development on the next Assassin's Creed which has been leaked for a Q2 2019 release. However, Watch Dogs 3 was absent from the Walmart Canada E3 leak (which contained 4 other Ubisoft games) and so far no Watch Dogs player has come forth to say that he is representing Watch Dogs at E3, which might mean that Watch Dogs 3 is skipping E3.

5. Splinter Cell- Status- Very likely. At this point we now have multiple hints from Ubisoft that Splinter Cell is returning soon, not to mention multiple leaks pointing to a Splinter Cell announce at E3 with a planned release window Holiday 2019. It's safe to say we'll be seeing more of Sam Fisher very soon.

I don't think there will be a new Assassin's Creed this year but i wouldn't be surprised if they announce a considerable expansion for Origins, think The Witcher and Blood&Wine which would be awesome

Splinter Cell. I would love if they surprised us with a Red Steel 3 for Switch though

I was not expecting one either until the Walmart Canada E3 leak, which listed a new Assassin's Creed game. While Ubisoft has never been afraid to announce games that are more than a year from release, they have never announced an Assassin's Creed game more than a year before release before, they've always waited until about 5-6 months before release to announce them.

I'd be excited to see AC: Origin for Switch or a new companion game a la AC: Liberation for AC3.

Outside of that, classic slow paced Splinter Cell please. None of that Conviction, Blacklist stuff where you can literally sprint up behind enemies and then auto-clear a room. Just pure equipment and wits usage.

A new Prince of Persia is always welcome in the style of the Gen 6 trilogy or The Forgotten Sands.

Ubisoft has also been quite good for new IPs compared to other big 3rd party publishers.

A new Rayman and Mario+Rabbids 2.

A new Rayman would definitely be nice, Legends was alot of fun. Unfortunately, Michel Ancel the creator of Rayman and director of most of the main games in the series, has 2 other game project going on right now; Wild, the PS4 exclusive, and Beyond Good and Evil 2. I doubt he's leading 3 dev teams at once. Ubisoft might have another guy leading a Rayman team though. 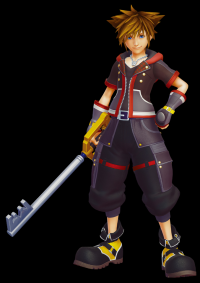 I'm going into E3 with no expectations. I'll watch the ubisoft, EA, MS and sony shows. I'm getting increasingly annoyed with EA over their antics lately so they better have an impressive show.