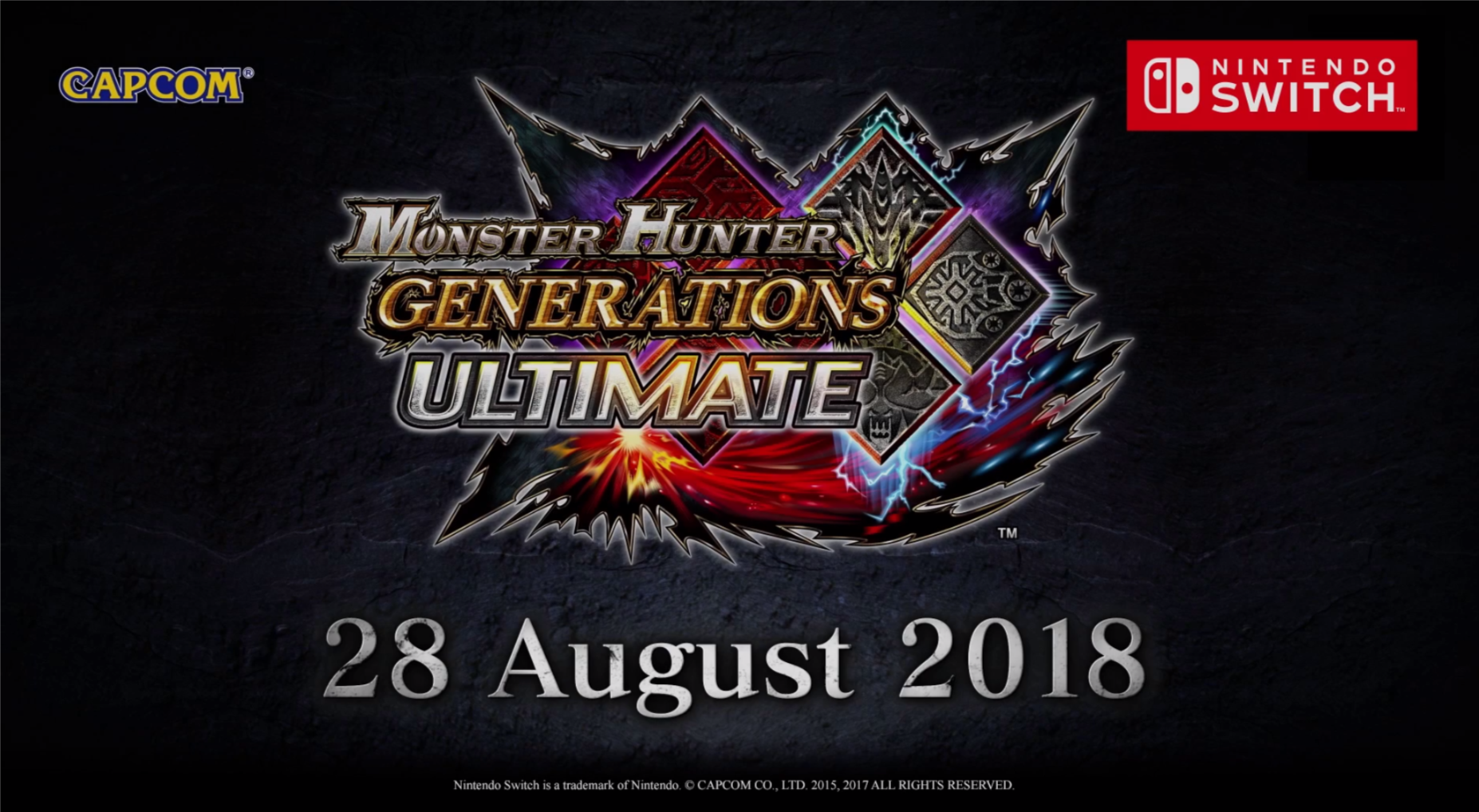 Capcom is finally bringing the Switch version of Monster Hunter XX to the west, the company announced today. The game will be released in North America in Europe as Monster Hunter Generations Ultimate.

Monster Hunter Generations Ultimate originally came to Japan last August. Capcom has been keeping quiet on any localization plans, leaving much doubt that it would ever launch in the west. However, we now have confirmation that it’s heading to North America and Europe physically and digitally on August 28.

The highly anticipated Monster Hunter Generations Ultimate, the follow up to Monster Hunter Generations, marks the series debut on Nintendo Switch as an exclusive when it launches on August 28, 2018 for digital and physical retail purchase across North America and Europe. For the first time, gamers have the flexibility to play both local wireless and online multiplayer with up to three other hunters – whether playing at home on the big screen or on the go in handheld or tabletop mode. E3 attendees can check out a demo of the game at the Capcom booth (#2223) this June.

Hunters can face off against the series’ largest roster of unique monsters in this nostalgic look back at the series’ beginnings and evolutions. Take on the role of a brave hunter on an adrenaline-fueled adventure challenging larger-than-life beasts. Completing quests will yield valuable resources for crafting countless distinct weapons and equipment fashioned after players’ defeated foes. Along their journey, hunters must defend each of the game’s four villages from major threats known as the Fated Four, plus an even more dangerous new Elder Dragon.

For newcomers to the series, the gameplay features tons of powerful super moves called Hunter Arts that can be executed with a quick tap on the touch screen. Players can experiment and choose from six different Hunting Styles including two new ones called Brave Style, which rewards players with new moves for landing successive attacks; and Alchemy Style, a support style that grants the ability to create useful items on the fly during combat. Hunters are encouraged to explore and customize the experience between quests to discover their preferred, highly personalized playstyle.

Wow...now people can stop bitching. I honestly don't see myself going back to the old MH format after MH: World but if I do get a switch maybe I might pick it up.

I would definitely transfer my save file because I will not farm for hellblade powders or my good decorations ever again.

Well gamers in NA and Europe that want Capcom to keep releasing MH on Nintendo platforms really have to support this title. MHW has done incredible on other platforms, so this might be the only MH game youll see on a Nintendo platform in a long time if it doesn't sell well.

There, finally Switch owners in the west will have a Monster Hunter game to play. Granted, this is super late, but Capcom at least finally served its portable faithful in the west.

Why? Isnt this what MH fans on Switch wanted?

Hopefully they are not dumb enough to ask folk to pay $60 for a late upscaled 3DS port.