I think we can put it to rest that digital distribution taking over is a "hoax". Whenever some publisher/developer reveals it's physical/digital split, there is always some excuse for the high digital ratio: "its a multiplayer game, of course it sells more digitally" "launch period is usually more digitally skewed, over time the numbers will shift", or something other bullshit like that, everytime.

Now, we have numbers from the platform holder itself. In FY 2015, 19% of software sold on PS4 was via digital distribution. In just two years, that number has increased to 32% for FY 2017. That's a significant change in such a short time.

Soon enough, physical copies of games will become obsolete. GameStop and GAME (and other similar chains around the world) will go the way of blockbuster. This shift in the way we consume video game software is beneficiary for all the industry.

edit:  Keep in mind that the ratio of digital/physical only includes games that are available in both formats. Therefore, digital-only games like Hellblade, The Witness, aren't included.

I never actually said physical games will completely die. I used the word "obsolete". They will still be a small niche, like music vinyls. 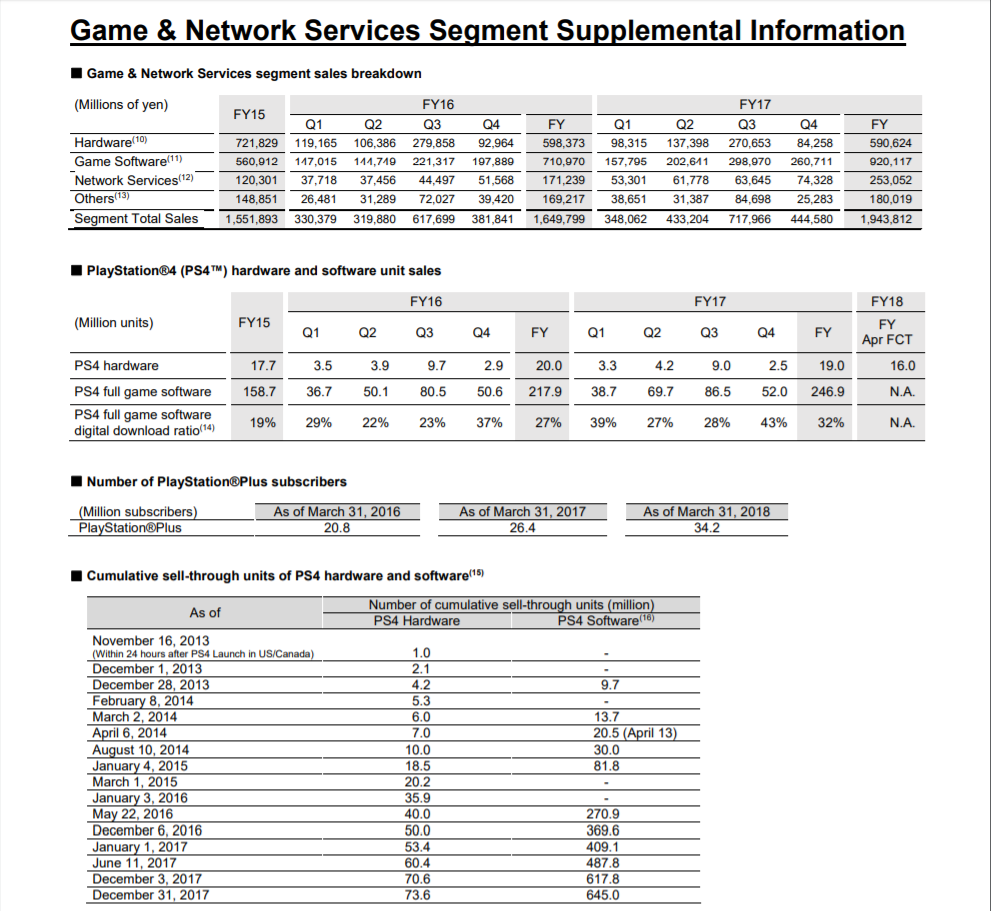 I think that physical copies of games will still be around for years, even if their numbers continue to fall there are still enough people that purchase them that the publishers don't want to miss out on.

Today when you buy a game physical, put the disc on and discover you need to download 5GB+ day 1 patch is definitively pushing people towards digital.

As long as they still run out of the box, like they do, there will always be a physical market. Not everyone has the connection speeds to support digital and they would be cutting out too many potential consumers by going digital only.

Interesting. I've certainly been buying many of my games digitally. The convenience is great!

It is going to get there. I was a 100% physical buyer at the release of the PS4. For the past two years all my purchase have been digital. For country with bad internet connection physical will still be the way to gi for them

I don’t mind digital (my last five games were all digital versions) my only massive problem with it is that there is no reason whatsoever why a digital version of a game should cost more than the physical release but they do! By selling digital they have cut the shipping, packaging and booklet costs yet they always cost so much more.

There has to be more competition, more places in which you can purchase and download a digital version of a game onto your PS4/Xbox. That’s the only way we will stop being took advantage of with the prices available.

Good thing is that digital sales are increasing but it isn't hurting physical either (at least in those numbers, though one could say potential physical sales were lost because of digital)

I try to buy physical whenever possible (Sea of Thieves, Far Cry 5, Forza Horizon 3, Halo 5), but there’s some titles I simply have to play the second they launch (Titanfall, PUBG, Cuphead) and for those, I gladly buy them digitally.

I doubt I’d miss physical though if they went away. My current collection is becoming a nuisance. I have about 5 filled boxes alone of OG Xbox games, not to mention boxes of older consoles and software.

My music and movies are digital. It only makes sense my games be as well.