It's a small step for North Korean  people but it's considered a big leap for a fat man like him, will this summit  lead to peace summit between two country , will Kim Jong Un denuclearize or will Denis Roadman return bringing more goodies to North Korean.

So who will get the noble price ,  Trump, Kim Jong Un or Dennis Roadman ?

Damn. Seriously hope the situation in the peninsula can be improved.

It's going to so how this plays out. I hope for real peace 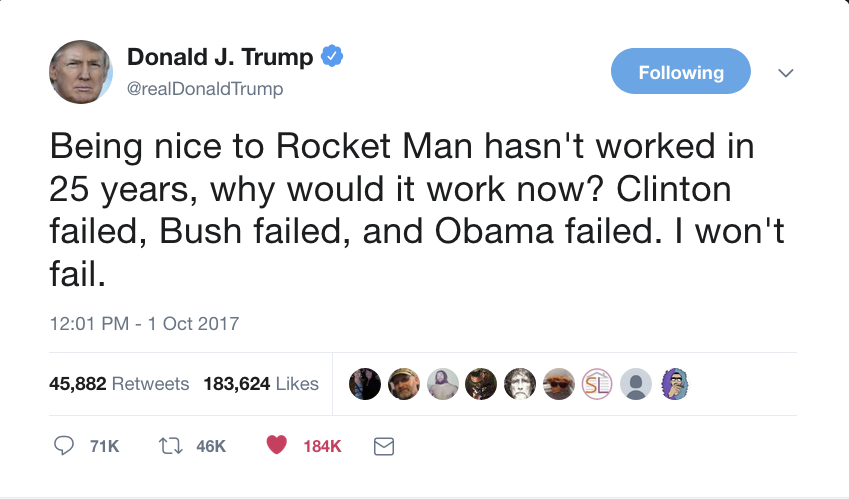 LOl, i wonder how CNN will react if Trump succeeding all of his predecessor.

MSM is desperate to just kill Trump, for them anything Trump can do is bad, anything Omaba dis was good. (I talk as a libertarian that hates both DNC and GOP.)

World politics, what a BS show!
Only a few weeks ago, North Korea and the US were ready to start WW3 and nuke each other out and now you can see Kim Jong Un french kissing the South Korean President and next month Donald Trump!

Are all those stupid leaders bipolar or what?

No, just desperate to stay in power.

Let's see... Obama got the noble price for peace, when he was in fact the first POTUS ever who had two complete terms at war, spent even more mony on the military than George W. Bush etc. So apparently, the noble price for peace is being awarded to those who make as much war as possible. So I guess it can only be Trump, for the others have never actually made war, correct?

But seriously, this is truely great news, not just for the people of Korea. I'm so happy about this!

Hard to say who really deserves the most credit for this. But anyway, I guess this proves that even Kim Yong Un is not quite the world's most evil super-villain that we sometimes tend to believe.

Even Kim Jong-Un is trying to hop the border I guess!